A Freemason Tour of Washington, D.C. 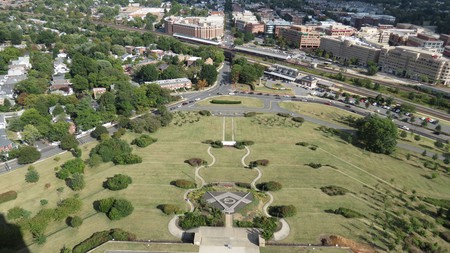 Freemasonry has a long history in Washington, DC. This once feared and even hated secret society is a source of mystery for many. If you are curious about learning more, Washington DC is a great place to do it.

Local Masons consider themselves to have a strong bond to the Washington, DC area and to the history of the entire Republic, given that many of the Founding Fathers were Masons. George Washington, Benjamin Franklin, and many Revolutionary War generals were all known to be Masons.

It’s widely believed that the Masonic influence here is apparent in the configuration of the city, as well as the shape of the Washington Monument, eastern orientation of the Capitol, and in other buildings and architectural structures around the area. The architects who designed the White House, the Capitol, and the Washington Monument—James Hoban, Benjamin Latrobe, and Robert Mills, respectively—were all Masons.

There are currently 36 lodges in the area of the Grand Lodge of Free and Accepted Masons, along with the big House of the Temple of the Scottish Rite on 16th Street, and the stately George Washington Masonic National Memorial in Alexandria. 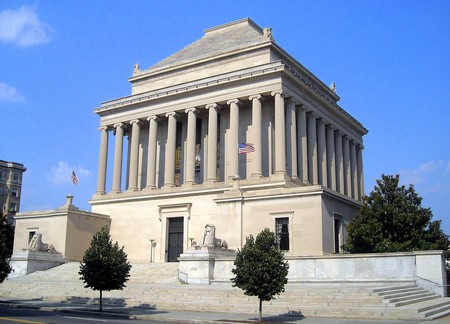 House of the Temple | © NCinDC/Flickr

The House of the Temple

Washington, DC has served as the headquarters of the Scottish Rite of Freemasonry for many years now. The House of the Temple, the location of the headquarters, is an impressive building just north of the White House, on 16th Street. It’s been the headquarters since 1915 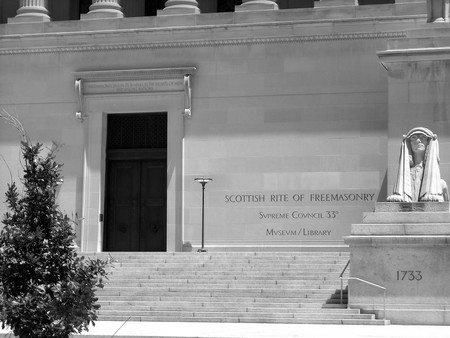 Entrance to the House of the Temple | © NCinDC/Flickr

A couple of sphinxes on huge pedestals flank the steps. Once inside, the center of the room has a large altar that’s used to represent God’s revelation to man during a Masonic meeting. Freemasonry, while not a religion, has rites that are related to those of a religion. The members generally agree that people of different religions can agree on the existence of God. If you want to learn more, visit, or do a tour of the property. 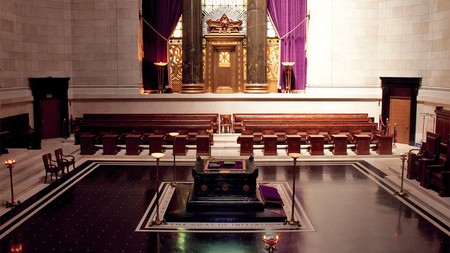 The next most obvious Masonic sight in the Washington area is the George Washington Masonic National Memorial in Alexandria, Virginia, just a short ride from downtown DC. The memorial is dedicated to prominent mason and first President George Washington, celebrating him and American Freemasonry, in addition to serving as a lodge and meeting space.

The tower is said to be precisely 333 feet tall, and is supposedly meant to be parallel to and resemble the ancient Lighthouse of Alexandria. The building consists of nine floors, which are dedicated to Washington, the history of Freemasonry, rites and rituals, and additional related bodies. The main hall features a large statue of George Washington in Masonic regalia, housed within Egyptian temple-style architecture.

The first and second floors are freely open to the public, and hourly docent-led tours of the upper floors are available. The Memorial Hall and the Memorial Theater served as filming locations for the movie National Treasure: Book of Secrets. 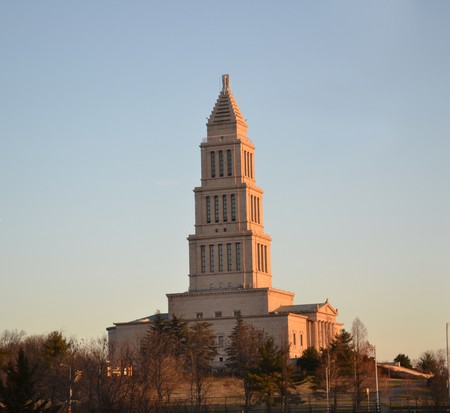