12 Cool Spots in Washington, D.C. Only Locals Know About 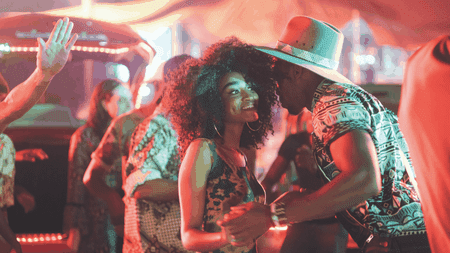 From tucked-away food and drink hangouts for first date or happy hour to historical landmarks and live music venues, here are a few spots in Washington, D.C. that tourists (and even some residents) don’t know about.

When it comes to D.C. dining, locals can’t get enough of rooftops and patios. Unlike other cities, D.C.’s laws about building heights means there’s little obstruction of views—not to mention the gorgeous spring and fall weather we have. The most enchanting is Blue Duck Tavern, serving New American, locally sourced food among handcrafted furnishings. A few other wistful patio digs are Masseria, Le Diplomate, and Iron Gate. 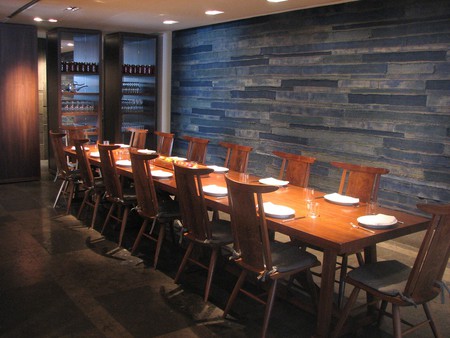 Technically not a mansion but four row houses opening into each other, this elaborate hotel/museum/event space has more than 100 rooms and 70 hidden doors, but that’s what makes the layout so unusual and charming. Some themed rooms include French renaissance, log cabin, and ’70s , each containing a plethora of trinkets, treasures, books, memorabilia, and artwork.

From the must-see National Arboretum, you’ll see the marble columns that once supported the U.S. Capitol as well as Andrew Jackson’s and Abraham Lincoln’s inaugurations, now minimizing the lopsided effect the newly constructed dome gave the Capitol. 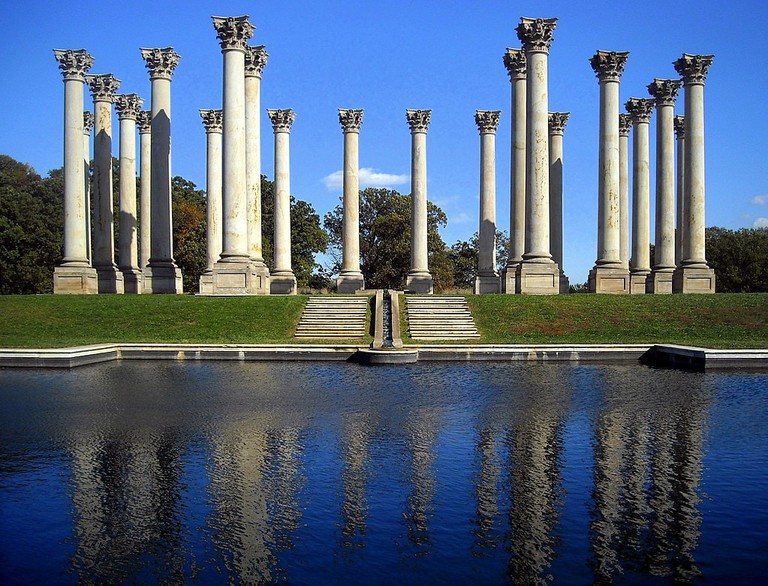 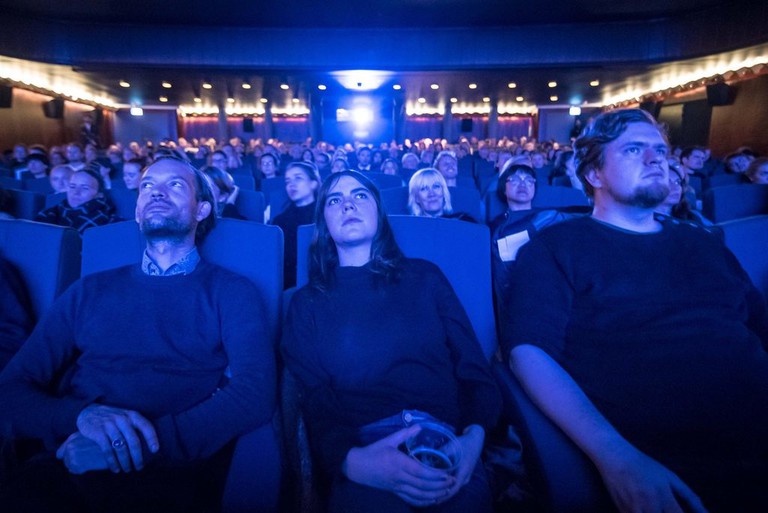 Discover movies by classic and new directors | Courtesy of CPH:PIX
Landmark E Street Cinema is the best option for indie, foreign, documentaries, and cult classics like Rocky Horror Picture Show and The Room. As a plus, its in-house bar offers local and exotic brews and nice wines along with upscale concessions. Other amazing theaters to check out include ArcLight Bethesda, Angelika Film Center & Cafe at Mosiac, and Alamo Drafthouse One Loudoun.
Open In Google Maps
555 11th Street Northwest, Northwest Washington, Washington, District Of Columbia, 20004, USA
+12027839494
Visit Website
Give us feedback

What a grand place to grab a brew. Built in the 1890s by brewer Christian Heurich as a personal palace in D.C., this gothic Victorian home contains an eclipsing tower growing out of the three-story abode and elaborate stone arches. After his death at age 102 (his beer must have been the elixir of life), the two first floors and his brewing business were preserved, hosting beer events like Oktoberfest and tastings.

D.C. is becoming known for its cozy and cool music venues. The most talked about among locals is 9:30 Club: its light and sound setups are awesome, bar and food are accessible, and the venue itself is intimate yet spacious—no straining to see performances. Some other must-sees are DC9, U-Street Music Hall, Black Cat, Wolf Trap, and Gypsy Sally’s. 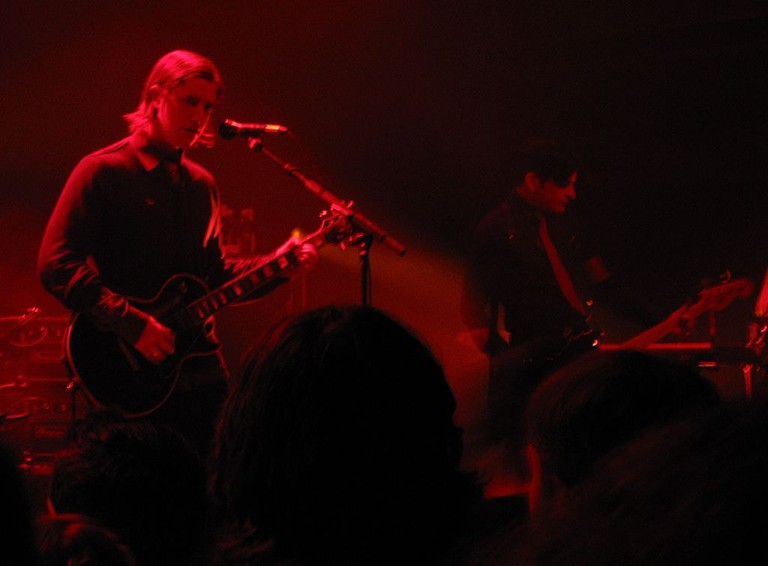 Besides this reverent neogothic structure‘s beautiful corridors, vaulted ceilings, and wondrous architecture, several odd aspects can be admired—specifically, its science fiction décor (including galaxy stained-glass, a souvenir from the first step on the moon, and a Darth Vader carving), much of which passes by tourists’ eyes and remains a humorous constant for the locals.

Make sure to bring your phone because these cliffs are every Instagrammers dream. Not only do they offer a view of the Potomac River and the cityscape, but the hidden cove of cliffs that start to take on words and colors is the ever-changing local secret, as people come to add their own impressions onto other artworks. It’s a quiet place people come to reflect, read, hang out, and take a few selfies. 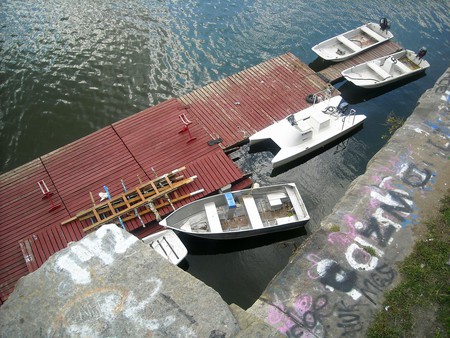 It’s amazing what visionary artists can do with an abandoned trolley station. These tunnels have seen both horse-drawn and electrified streetcars for almost 100 years and were later a failed fallout shelter and food court. But since opening in late 2016, a new promising venture has already seen a massive positive reaction from the community. By transforming the tunnels into a home for graffiti and artistic pieces, Dupont Underground supports local artists among the rubble of others before.

Riggs is one of the oldest United States libraries still housing books. It opened its four floors and iron walkways, small alcoves, and two spiral staircases to the public in 1898. Though until the 1970s, it now mainly hosts events. 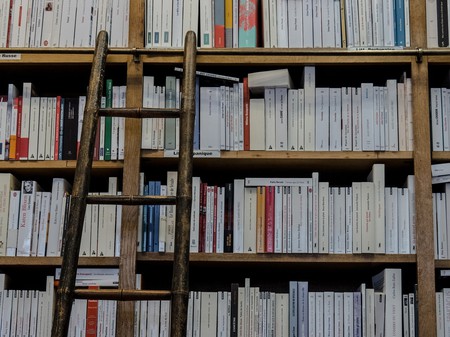 This different kind of church offers services for healing, meditating, and reciting mantras. Its members all have one commonality—they believe in communicating with the dead, hence their name, referring to having one foot in the spirit world and one in the Earthly realm.