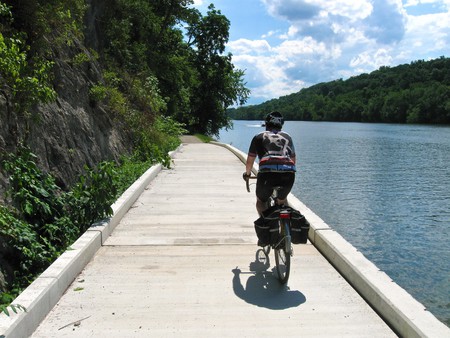 With D.C. being one of the most bike-friendly cities in America, there are many trails to turn to in and around the area, complete with acres of land in Maryland and Virginia just waiting to be explored via two wheels. When it comes to the DMV area, there’s an abundance of opportunities and options for cyclists to get the very best out of their eco-friendly mode of transportation.

If you feel like riding down smooth, trustworthy bike lanes (although watch out for the ever-looming car door opening) instead of little dirt trails with potential naturistic obstacles, then the Capital Crescent Trail is for you. Its 11 miles (17.7 kilometers) cover parks and the Potomac, from Georgetown to Silver Spring. 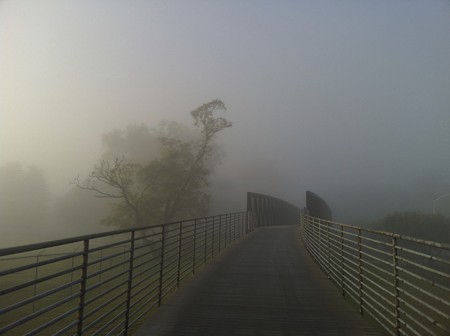 The historic C & O Canal used to be a passageway for various sellable goods that were headed to the city. Today, it’s merely a charming waterway with a towpath stretching 185 miles (297.7 km) alongside it. Washingtonians have taken advantage of this scenic path too, making it into a recreational passage. If you want to skip the sometimes congested main route, there are plenty of other marked trails that head into spots known for local wildlife, historic sites, and campsites.

Don’t let its old pre-Civil War railway nickname, the Virginia Creeper, scare you away. This destination boasts one of the most unique parks in the area, with a 45-mile (72.4-km) trail into Northern Virginia wine country, from Shirlington to Purcellville. There isn’t just wine though. Breweries and bakeries are also common sights in the small towns. 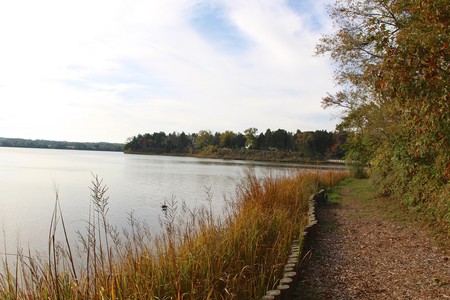 This road is the Shenandoah National Park’s main passageway, which is lovely in a car but fabulous via bike. The park itself is 200,000 acres, in case you were thinking about going off the 105-mile (169-km) trail. There are many picturesque vistas, and if you like the park so much that the one-day trail ride won’t do it, camping is available. 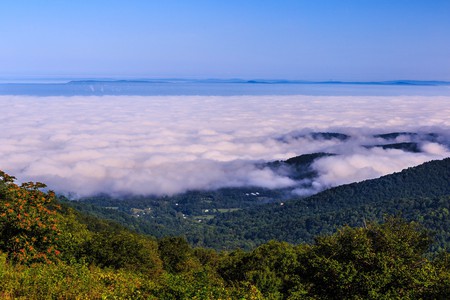 This trail system is made up of miles and miles of paths throughout suburban Maryland and parts of D.C. You can take your pick of the many trails that run along the Anacostia River, including Anacostia River Trail, Sligo Creek Trail, and Indian Creek Trail, to name only a few.

Although this trail is removed from the chaotic pace of the city, and all of the natural outdoor scenery will make you think you are in the middle of nowhere, it sure won’t feel like it. It was generously made into a smooth asphalt trail where an abandoned railroad corridor once stood. This path will allow you to get all the beauty of nature without feeling it in the buttocks the next day.

If you are a history buff, a George Washington admirer, or want a path that contains unexpected recreational activities, then this is the trail you must travel. It stretches from George Washington’s estate, which is worth seeing, to Theodore Roosevelt Island. It’s right along the river and has lovely pit stops, one of which is the Washington Sailing Marina. They rent sailboats as well as bicycles, in case you didn’t want to tote yours. 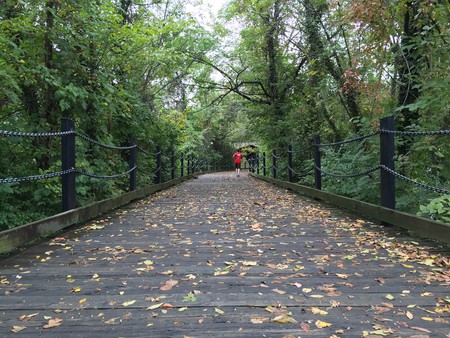 This massive path carries itself 150 miles (241.4 km) from Cumberland, Maryland, to Pittsburgh. But wait, there’s a lot more for those who are serious about their cycling. Remember the C & O Canal’s towpath? It connects to this passage trail in Cumberland. In case you were practicing for a triathlon and 150 miles (241.4 km) wasn’t enough for you, make it a 335-mile (539-km) bike ride. You’ll be sure to see what the quaint small towns and forests have to offer, and if you overestimated your pedaling abilities, there are bed and breakfasts and campsites along the way.

If you wanted to check out the three cities listed (from a distance) in less than an hour’s time, follow this trail which leads you into two tunnel crossings and along the Patuxent River for a total of 5.6 miles (nine km). It’s the latest addition to the Rail-to-Trail project, the country’s longest biking/walking route. So far it connects 15 states through 450 cities and towns, along 3,000 miles (4,828 km) of trails. So if this newest addition is too light for you, you could always start at point A in Maine and end up in Florida.

This scenic bike ride doesn’t really have a name, just easy directions to follow the remote pathways in Montgomery County. It is a well-kept secret among the bike community. You can start in Poolesville, ride to Sugarloaf Mountain, and then head to White’s Ferry. Jump on the ferry (it’s the only one that still crosses the Potomac, and yes, bikes are allowed) and go to Leesburg. You can also pass on the ferry and follow the country roads that wind through the countryside.

There are several trails to choose from in the park, such as the Rock Creek Trail, Lake Needwood Trails, and Lake Frank & Meadowside Trail. It’s recommended to take the ones that go through some of the historic sites, including the mill ruins, raptor aviary, the hidden bridge, and pioneer homestead. 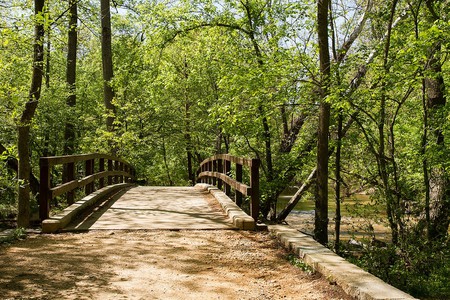