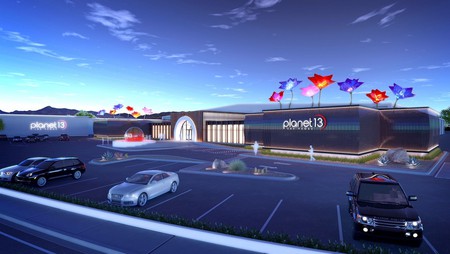 With light shows, choreographed drones, and a coffee shop, the world’s largest dispensary will offer customers more than just cannabis.

“We wanted to out-Vegas Vegas,” is how CEO Robert Groesbeck explains the Planet 13 Superstore. The newly minted Las Vegas-based storefront will offer more than just an impressive selection of marijuana products—it’s self-described as a “cannabis entertainment complex.” But for this store, size is what matters most. As of its November 1, 2018, opening date, Planet 13 will be the largest dispensary in the world.

Located just off the Strip on Desert Inn Road (basically behind the Fashion Show Mall), Planet 13 will be visible from “60,000 hotel rooms,” thanks to the display of 12 giant LED lotus flowers on the roof—flowers that will change color with interactive controls. The front of the building will have a glowing water feature and a digital graffiti wall on which patrons can leave their mark.

Inside, an LED floor will respond to steps, and a glassed-in hallway will offer a view inside the 16,000-square-foot (1,114-square-meter) sales floor. The space will also feature additional interactive light and technology tools, as well as an hourly show of programmed “orbs” created from drones. 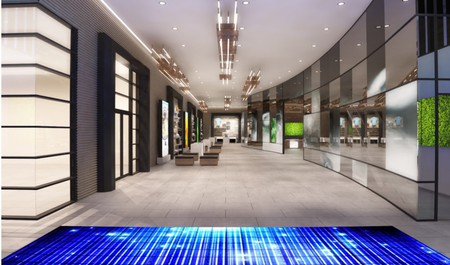 At a recent press conference in Las Vegas, Groesbeck said that he and his partners “wanted to create something that was bold, that was brash.” State senator Tick Segerblom, who inspired the Segerblom Haze strain sold in Las Vegas, also spoke at the conference, pointing out that innovation in the cannabis industry brings not only jobs and tax revenue but also prestige to the state. “Nevada is known as the gold standard in the world when it comes to gaming, and I believe we will become the gold standard in the world for cannabis.” 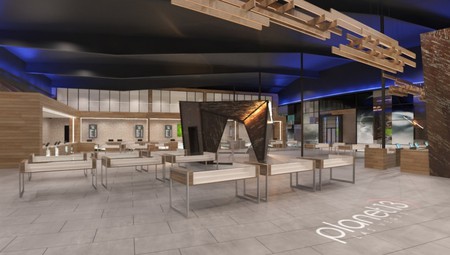 According to its proprietors, the idea behind the Planet 13 Superstore is to give those who come to shop a little something extra along with their purchase—even if it’s not something you can put in a to-go bag. With many visitors adding dispensaries to Las Vegas itineraries, in true Vegas fashion, Planet 13 seeks to go beyond the average and right into the interactive experience that shoppers expect and crave throughout the area. Not to mention, the location will stand as a selfie backdrop with perfect ease.

Planet 13 will open in phases—the first will be 40,000 square feet (3,716 square meters) of display, retail and event space. Following this, the next phase will include a coffee shop along with other planned concepts that are awaiting regulations regarding public consumption lounges.

Still, even in its November 1st phase, the Planet 13 Superstore promises to be another only-in-Nevada attraction in an increasingly unusual collection.