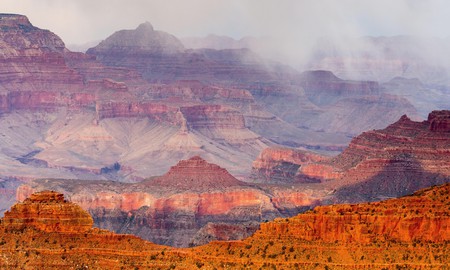 If you’re craving a bit of respite from the neon chaos of Las Vegas, a helicopter trip to the majestic Grand Canyon – one of the Seven Natural Wonders of the World – is the perfect antidote.

In 2017, the Grand Canyon National Park broke its own record by attracting more than 6 million annual visitors – 119,897 of which were touring the site by air – so it goes without saying that, if you’re keen to tick the 277-mile-long (446-kilometer), 6,093-foot-deep (1,857-meter) canyon off your bucket list, you’re not alone. If you want to do it Vegas-style, consider taking one of these spectacular helicopter trips, including champagne, hotel pickup and unforgettable views.

Whether you have the whole day or just an afternoon, Sundance Helicopters is a popular way to experience the Grand Canyon. The 3.5-hour tour starts with a shared-limousine pick-up, before whisking you over the Hoover Dam and landing 3,200ft (975m) below the rim of the canyon for a champagne picnic. Sundance also offers a popular sunset tour that leaves the Strip at dusk and offers sweeping views of the canyon’s deep reds and purples before nightfall.

How does sipping champagne 300ft above the Colorado River sound? Maverick Helicopters offers several different helicopter options, allowing you to choose which add-on adventures are best for you. Choose the Skywalk Odyssey Tour to enjoy a flight plus a stroll on the glass walkway at the West Rim. Do the Southwest Escape Tour and ride in a comfortable shuttle bus to the South Rim where you’ll be treated to a 45-minute helicopter flight, or go for the romantic Wind Dancer Sunset Tour to enjoy a Grand Canyon landing plus champagne and appetizers. 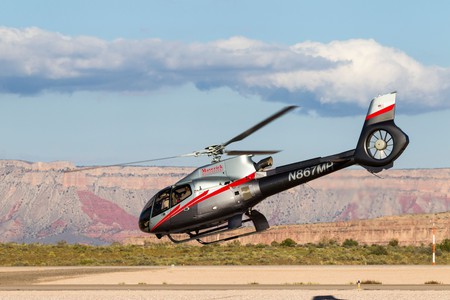 For photography buffs looking for great shots, Adventure offers a six-in-one tour that includes a narrated trip in a luxury 4×4 vehicle through the Southwest’s most photogenic destinations, including the Hoover Dam, a Joshua tree forest, Eagle Point, Hualapai Ranch and Guano Point. The tour culminates in a helicopter flight over the canyon itself, so get those SLRs at the ready.

Most Grand Canyon tours tend to focus on the West Rim due to its proximity to Las Vegas and more lenient access rules, but Papillion stands out as one of the only tours to offer a flight over the North Rim, often considered the most photogenic part of the canyon. The company also offers a fun South Rim airplane tour and river-rafting trips for those who’d also like to see the Grand Canyon via the Colorado River. 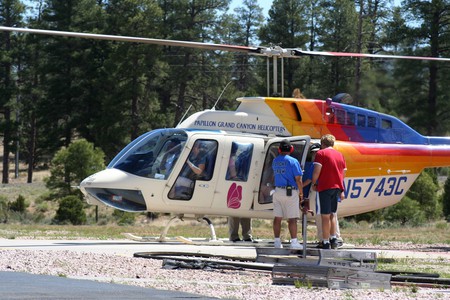 Grand Canyon Helicopters caters to travelers from all over the world by providing narrated helicopter tours in more than 10 languages, including English, French, Spanish, Japanese, Mandarin and Italian. It also offers the option of ensuring that your helicopter ride is private – a worthwhile expense if you’re considering proposing at one of the most romantic desert wilderness locales. 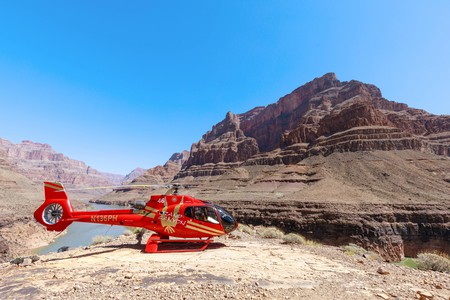 Visiting the Grand Canyon doesn’t have to be a full-day activity. The Grand Canyon Tour Company caters to guests looking for flexibility by allowing them to wake up in Las Vegas, visit the Grand Canyon and be back in Sin City in time for a few hours by the pool. With the company’s 3.5-hour West Rim tour, you’ll be picked up at your hotel, flown over the Hoover Dam, then land inside the canyon where you’ll be treated to champagne and snacks.

Squeamish about heights? If you’ve never been in a helicopter and are a little bit nervous about taking flight, you’ll like the fact that Serenity Helicopters is known for its 25-year-long perfect safety record. Tours offered by this company include a Grand Canyon landing and picnic tour, a sunset tour with fine-dining (think bone china and white linen) and even Grand Canyon helicopter wedding packages.

Most Grand Canyon helicopter tours are unarguably a splurge – a worthwhile splurge, but a splurge nonetheless. If you’re looking for a cheaper option, Adrenaline offers several 70-minute West Rim tours for under $300, plus tours that depart from the South Rim or West Rim that are priced as low as $175. If you’re down to drive to the South Rim, consider the 30-minute South Rim to North Rim tour, which soars over the famous Dragon Corridor and high above the Kaibab National Forest.

If you’d like to spend the night by the canyon, you can stay at the Grand Canyon West Hualapai Ranch with 5 Star Helicopter Tours. This memorable trip begins with a helicopter ride over the Grand Canyon, where you’ll land and check in to a cozy cabin on the West Rim and watch the sunset from your own porch. The next day, choose from adventures such as horseback riding, zip lining and sightseeing while learning about the local Hualapai culture. You’ll then return to Las Vegas via roadway. 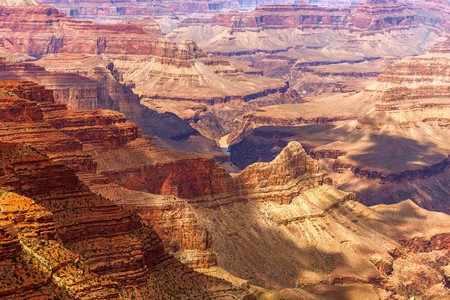