Sin No More: Las Vegas Gets An Arts And Culture Face-Lift 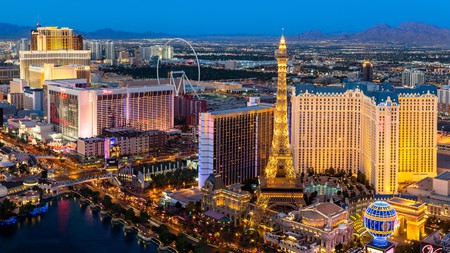 Las Vegas, the City of Sin, has long been the bastion of the gaudy and the gauche, more interested in sequins and bright lights than in ‘high’ art or culture. And experiments with bringing art to the Vegas public have only fizzled, until now. We take a look at the innovative ventures that are seeking to revitalise and redefine the Las Vegas cultural scene.

In 2003, the Guggenheim Las Vegas shut its doors due to lack of funds and poor attendance. Its smaller sister project, the Guggenheim Hermitage partnership at the Venetian ended in 2008. And in 2009, the Las Vegas Art Museum closed its doors after nearly 60 years due to lack of funding. Las Vegas appeared to be a cultural wasteland; a city of superficial fun and fleeting pleasures, the American antithesis of the European capitals of culture.

However, famed Uruguayan architect Rafael Viñoly, who worked on the CityCenter Project in Vegas, said of the city, famous for its ‘un-architecture’: ‘It’s a cartoon; it’s a horror show. But it is something that is interesting to see. It’s an education.’

Indeed, for a handful of visionaries and art aficionados who now call Las Vegas home, the Strip and its surrounding city centre are perfect for revitalisation, regeneration and rejuvenation; their hope is to give Sin City an artistic face-lift, injecting the city with a rich multidisciplinary cultural mix. Even more ambitious, the aim is to create an interactive community in downtown Las Vegas that comes together over a shared appreciation for art and culture in all its variety. We highlight a few of Las Vegas’ emerging cultural hotspots. 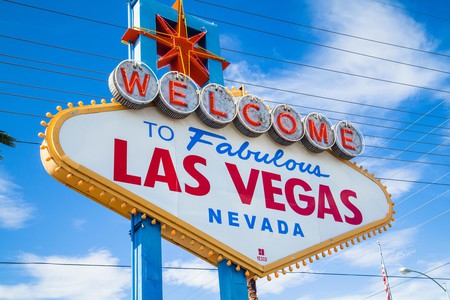 The Las Vegas Contemporary Arts Center (CAC) was established in 1989 by a group of artists and students from the University of Las Vegas. Created for artists by artists, the Vegas Contemporary Arts Center has fostered the growth of a community of local artists by offering support and exposure for emerging artists breaking into the commercial art world and by building an artistic community based on shared ideas and aims. 25 years since its founding, the Contemporary Arts Center continues to showcase works by artists working across the whole spectrum of contemporary art media. In addition, the Center seeks to create a dialogue between artists and the wider cultural community by engaging the public through a rotating schedule of exhibitions, workshops, lectures, competitions, events and more.

Downtown Las Vegas fell into dilapidated disrepair as the Strip grew in extravagance and ostentation, sucking the life out of the central business district. The Downtown Project, led by Tony Hsieh who is the CEO of highly successful e-commerce site Zappos and author of Delivering Happiness: A Path to Profits, Passion and Purpose, pushes back against the encroaching effects of the Strip through a community-oriented, community-driven regeneration that seeks to build a strong urban core of artists and creators that is connected by a shared commitment to the city. Through a multi-pronged approach, the Downtown Project seeks to revitalise the area by encouraging people to take up residence in the city, helping to establish small businesses, providing education funding and investing in intelligent tech startups. The vision is to see downtown Las Vegas transformed into a cultural convergence of technology, fashion, music and art, standing out amidst the fading glitz of the Strip. According the Project’s organisers, their aim is to ‘build the most community-focused large city in the world…in the city where you would least expect it.’

The Cleveland Clinic Lou Ruvo Center for Brain Health opened in 2010 in the most unlikely of locations — Las Vegas. Focusing on neurocognitive disorders, especially Alzheimer’s disease, the Lou Ruvo Center combines cutting edge medical research with state-of-the-art research facilities in an iconic building designed in Frank Gehry’s signature style. In this sense, the Gehry building is no different from its neighbours down the Strip, it simply dons a different costume. Rather than mimicking the iconic structures of Europe to build its brand and attract visitors, the building is costumed in Frank Gehry’s signature steel-and-glass structure of undulating curves and unusual angles. Consciously created as a ‘destination-building’, the Gehry building deliberately draws on the visual spectacle of architecture — the so-called ‘Bilbao effect’ — to bring in and educate the wider community about the effects of and diagnoses for neurocognitive disorder. The Cleveland Clinic Lou Ruvo Center showcases the power of cultural spectacle for the revitalisation of the city, imbuing architecture with a clear social function. 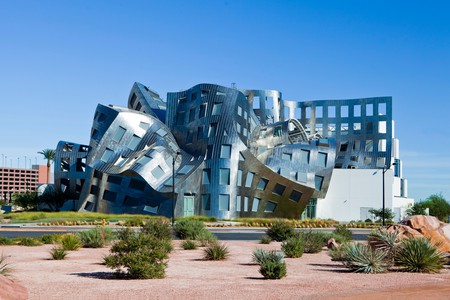 The 18b Las Vegas Arts District is the arts and cultural hub of the city, where locals and visitors come together to discover the best of the city’s vibrant arts scene. Hosting some of the city’s top contemporary art spaces including Trifecta Gallery and Sin City Gallery, 18b shows the city’s dedication to building an artistic community that connects art lovers and artists and is also part of a wider effort to transform Las Vegas’ image from being a mere destination, a place of impermanence where people breeze in and out for a few fleeting moments of pleasure, to establishing it as a home for contemporary art and culture in Nevada. 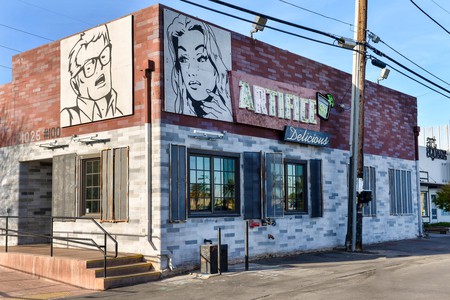 Photographer and founder of Studio West, Wes Myles Isbutt has played a key role in the regenerating downtown Las Vegas and creating a sphere for contemporary art in the city. The Arts Factory transformed an old warehouse into a complex for revitalising Las Vegas’ commercial art scene; The Arts Factory now houses 23 independent cross-disciplinary arts initiatives that range from photography, fine art and graphic design to yoga and a Bar+Bistro.

Smith Center for the Performing Arts

Entertainment is Las Vegas’ particular specialty, yet until recently, the city specialised only in the flashy, brassy and bold, prizing big names in neon lights over comparatively understated acts. The Smith Center for the Performing Arts, which opened in 2012 as a world-class performing arts complex with a variety of artistic showcases, seeks to redefine entertainment in Vegas. Designed with Art Deco touches that allude to the Hoover Dam, Nevada’s most incredible architectural and engineering feat of the 1930s, the Smith Center is an ambitious statement that aims to propel Las Vegas into the forefront of American cultural cities. Whilst the Smith Center for the Performing Arts is home to the Nevada Ballet Theatre and the Las Vegas Philharmonic, the multifunctional centre also plays host to jazz concerts, classical music performances, ballet and Broadway and brings all of the arts under one roof with a wide-ranging programme of performances to suit any taste. 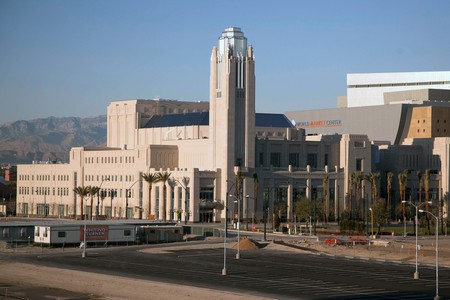 The Smith Center for the Performing Arts, downtown Las Vegas | © Julie Jacobson/AP/Shutterstock
Give us feedback