How To Spend a Weekend in Las Vegas 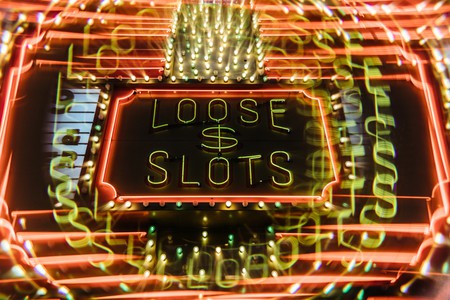 Las Vegas is more than America’s gambling capital. The city offers an eclectic mix of entertainment options alongside award-winning eateries from some of the world’s most renowned restaurateurs. No matter how you decide to spend your holiday, Vegas is bound to be a vacation you’ll never forget.

The 24-hour city offers endless options when it comes to things to do as visitors are surrounded by casinos, food and entertainment. Offering diverse, high-end yet often relatively affordable meals and activities makes the city a desirable travel destination. Get the most out of your trip with our guide on how to spend a weekend in Las Vegas. 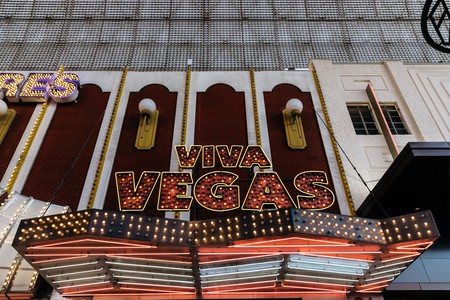 Time doesn’t exist in Las Vegas as it does in the regular world. Breakfast foods, for instance, are available just about anywhere in the city at any given time of day. If you’re in the mood for an eggs-after-sunrise experience, head down to Mr Mamas in Spring Valley, an off-Strip eatery that opens at 7am on the weekends and closes just after lunch. Its immense and enormously popular chicken fried steak, accompanied by a chorus line of hash browns, eggs and gravy, is affordable and could easily satisfy two. Once full and happy, head down to the Strip and wander around the prominent boulevard where you’ll find all kinds of people including some dressed as famous movie characters. Don’t forget to leave a tip when taking a picture with them. 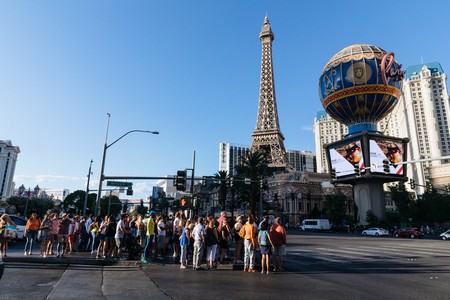 Using your morning to explore Downtown Las Vegas will come in handy when lunchtime strikes. Nearby stands The Goodwich, an institution that serves up innovative and unusual sandwiches for the afternoon and early evening crowd. While its Filet-O is an upscale re-imagining of the McDonald’s seafood classic, veggie eaters can choose between items like falafel and a cauliflower ‘Goodwich’ with onion fondue, crispy rice and curry. The Cold Brown combines turkey, bacon and roasted tomato under an ooey-gooey gruyère fondue that you’ll want to order by the gallon. 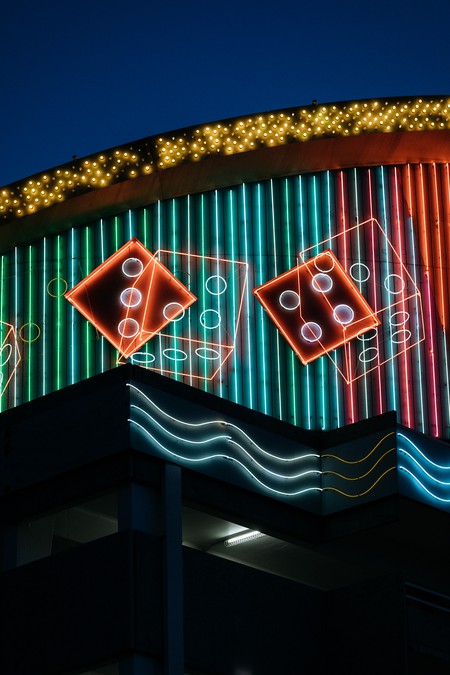 The city is full of colors and bright neon signs, particularly on the Strip and on Fremont Street. But have you ever wondered what happens to the old neon signs once they are removed from public view? Discover their history at the Neon Museum, where old signs are showcased at a two-acre space that holds over 200 neon signs.

There are plenty of spots to grab a drink in Vegas, but only Jammyland combines fine liquors and reggae music. Located in the thriving Arts District between the Strip and Downtown, Jammyland has great food and perfect drinks in a lively atmosphere. An outdoor lounge is open late and is watched over by huge murals by local street artists. Carnivores need to get the jerk chicken wings that are marinated for 24 hours, while vegetarians should try the Ugali sticks, fried-up polenta that’s perfectly seasoned with a kiss of applewood honey. To accompany the large bar and talented mixologists, Jammyland serves bold and ambitious cocktails embodying everything from unique recipes to riffs on classics like the house daiquiri. 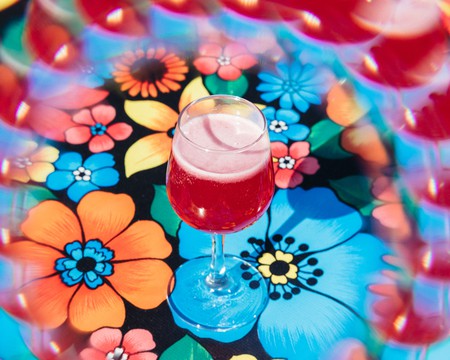 An evening in Vegas wouldn’t be complete without seeing a show or having a risqué encounter. Visiting Planet Hollywood on the Strip allows you to do both at the Zombie Burlesque. This long-running musical merges show tunes with campy horror to create a quirky 90-minute program that shows what would’ve happened if zombies descended on Vegas in the 1950s. Tickets come at different prices with the expensive ones being close enough to the stage to put the audience in danger of the gory splash zone. 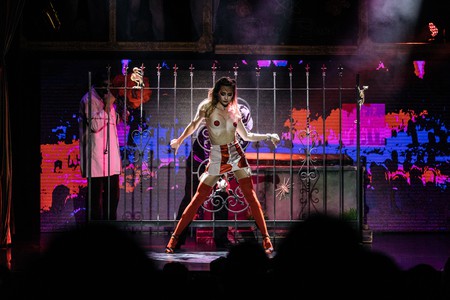 For something with more glitz and glam, head to Herringbone in the ARIA. The seafood restaurant serves brunch on the weekends between 10am and 3pm, giving you a chance to sleep in before arriving in this Instagrammable restaurant. The best part about the brunch is its all-you-can-eat seafood stations that offer veggie options, cheese platters and a few curated dishes out of the kitchen at a reasonable price. If you’re feeling really fancy, opt for the bottomless bloody marys and mimosas; however, that’s extra. 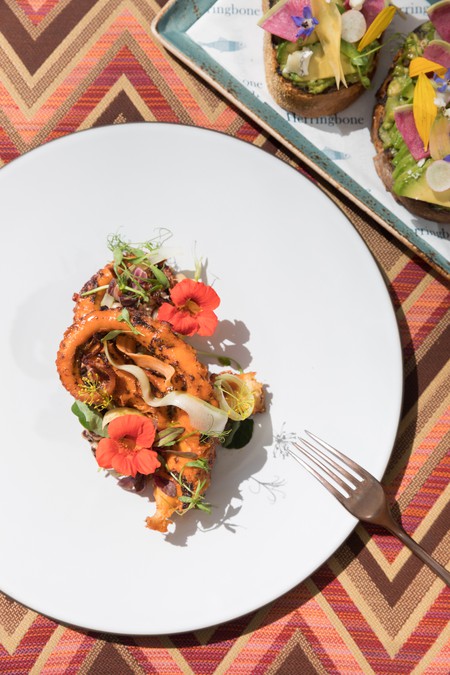 A dish at the Herringbone | © Mikayla Whitmore / Culture Trip

The best part about Las Vegas in the morning is having the opportunity to see the city at its sleepiest and most unassuming. Head Downtown and hang out around the Fremont Street Experience to watch as the kiosk attendants start filtering in. It’s a side of Vegas that usually goes unseen – communal and quiet. Get there early enough and you’ll also have a chance to get a seat in one of the casinos for $1 bets on blackjack, roulette and a trove of other table games. 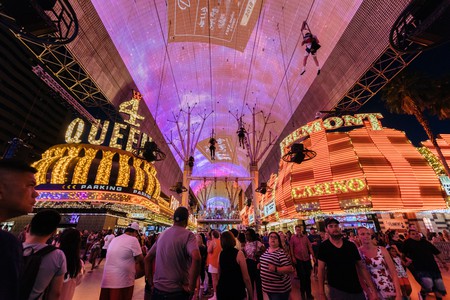 For a swankier lunch, head to the Strip for a table at Momofuku in the Cosmopolitan Hotel. The lunch menu is a truncated version of the one that’s available for dinner, with an expanded noodle section for ramen fanatics. While the ramen is delish, you should take this opportunity to go full bougie and persuade your group to order one of the family-style meals. The five-spice duck is legendary and serves up to four. 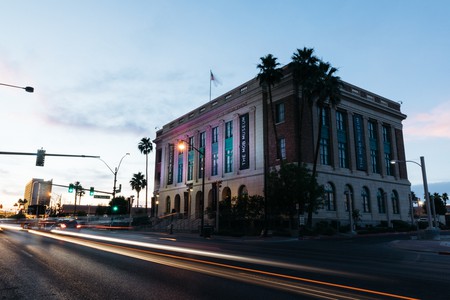 For afternoon activities, have a destructive experience by heading over to the Wreck Room. Situated in Chinatown, the popular attraction allows its guests to be outfitted in some light safety gear and let off some steam by going wild destroying everything in sight, from bottles to TVs. If it doesn’t sound like your cup of tea, perhaps pay a visit to the Mob Museum. Located in the former post office where real-life Las Vegas mobsters were tried for racketeering, the Mob Museum details the history of the Mafia in the United States and shows how that sordid history intertwines with Sin City’s past. Admission will not only take you through a history class but will also give you access to the museum’s speakeasy for draft beer, wine and craft cocktails.

If you didn’t get enough drinks at the Mob Museum’s speakeasy or could use a few minutes after the Wreck Room to plan your group’s evening moves, then drop by Atomic Liquors. This joint (originally Virginia’s Cafe) is the oldest free-standing bar in Las Vegas and is named in honor of the nuclear tests in the distant desert that locals and visitors would watch from rooftops all over the city. Steeped in smoke and history, Atomic has hosted famous Vegas residents like the Rat Pack and the Smothers Brothers. Their beer program is one of the best in the city, with a rotating selection of California craft beer intermixed with premium selections from all over the world. 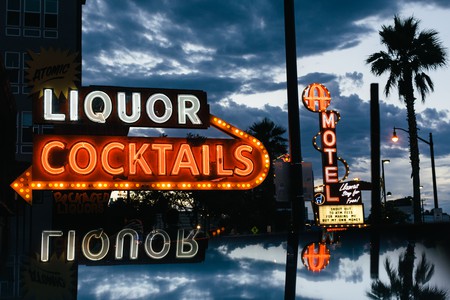 You can’t come to Las Vegas and not visit one of the city’s clubs. Many of the venues are located inside hotels like Hakkasan at the MGM Grand, 1 Oak at the Mirage and OMNIA at Caesars Palace. While many of these establishments provide over-the-top day parties, the venues get even busier when darkness descends. With world-renowned DJs and frequent drop-ins by celebrities, a Vegas nightclub is like nothing you’ve ever experienced.