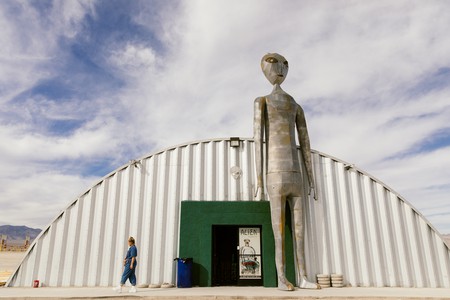 This short drive through the desert is packed with offbeat roadside attractions, remote towns and plenty of space to stare at the skies and do some UFO spotting of your own.

If you think of Nevada and Las Vegas as being one and the same, think again – the remote state is so much more than a glittering casino haven. Nevada is home to Lake Tahoe, hundreds of ghost towns, Great Basin National Park and, of course, the infamous Area 51 – one of the most secretive places on the planet. It was officially developed by the government in 1955, but it was a few years earlier that the public took an interest in the guarded military base when rumors circulated of an alien spaceship being studied on-site; the government acknowledged an aircraft crash around 1947, but claimed it was a weather balloon. 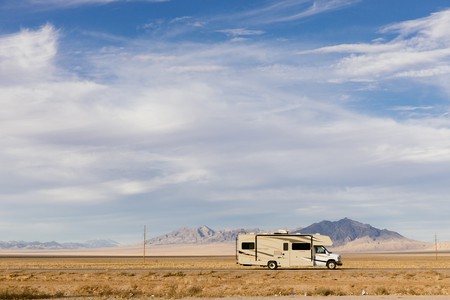 As you can imagine, Area 51 is strategically located, which means it’s in the middle of nowhere. Or at least it was until the Route 375 became designated the Extraterrestrial Highway. Running from Crystal Springs to Tonopah, the stretch of road began to attract increased numbers of tourists, alien hunters and even Hollywood filmmakers, all looking to investigate the abnormal activity in the area. Nowadays, the drive is a must for all fans of the unusual, creepy and unexplained. 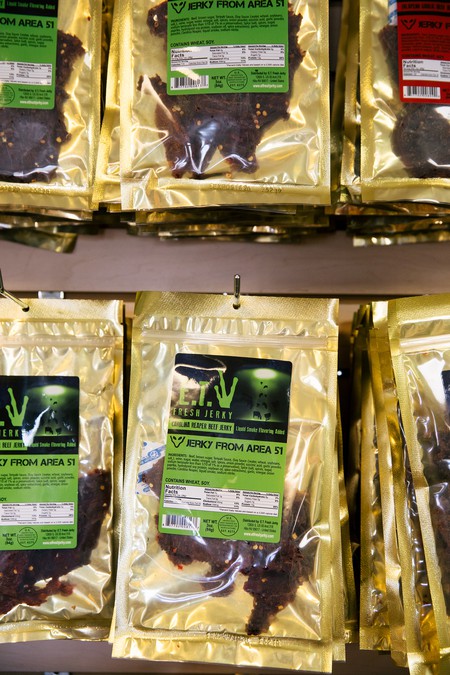 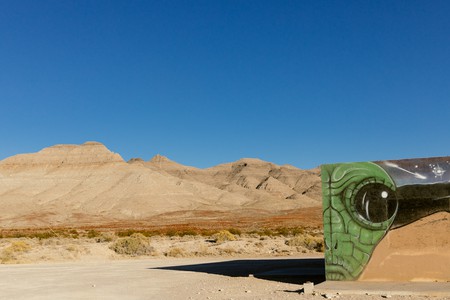 Stop at E.T. Fresh Jerky for a photo op next to the alien sign | © Jenn Emerling / Culture Trip

Most explorers start their road trip from Las Vegas. All it takes is a few minutes of driving to feel like you’re in another world as the high-rise casinos get replaced by the cholla cacti, Joshua trees and dry river beds of the beguiling Mojave desert. It’s hard to not feel like you’re on your own Wild West adventure as you cruise past the stunning desert landscape – but eventually, the small buildings near the E.T. Fresh Jerky store appear in the distance. Be sure to pull over for photos ops with alien art and next to the bumper-sticker-covered Extraterrestrial Highway sign. Expect a friendly atmosphere inside the store, especially if co-owner Marcelo Medina is working. “We get our aluminum hat-wearers in the store every once in a while,” he says, “but everyone is out here looking to have a great time.” 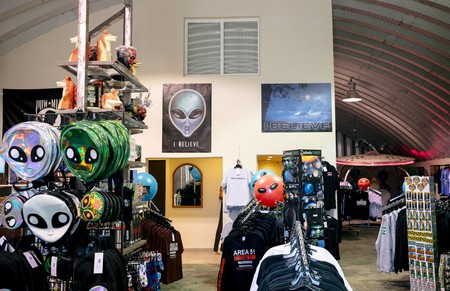 Alien-inspired memorabilia can also be found at the the Alien Research Center in Crystal Springs, Nevada | © Jenn Emerling / Culture Trip

The next stop is the Alien Research Center, one of the most entertaining gift shops you’ll ever visit. It’s easy to see from afar thanks to the towering alien statue outside the bunker. Once you’ve chosen your souvenirs – perhaps an alien backpack or a couple of little green magnets – walk around the back where an old trailer provides a few more Area 51-inspired photo ops against the barren landscape. 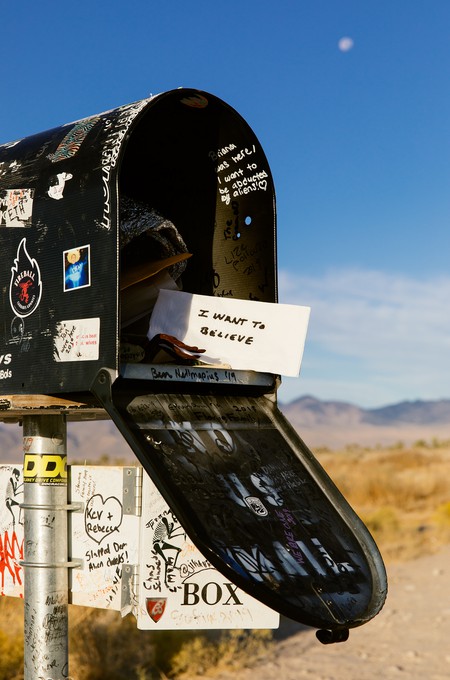 If you’ve got time to kill after checking out the Alien Research Center, pull over and take time to stare at the skies. More than 43 UFO sightings have been recorded here since 2006 by the Mutual UFO Network, an organization that investigates civilian UFO sightings. Reports range from bright lights in the distance to alleged crafts caught in photos. 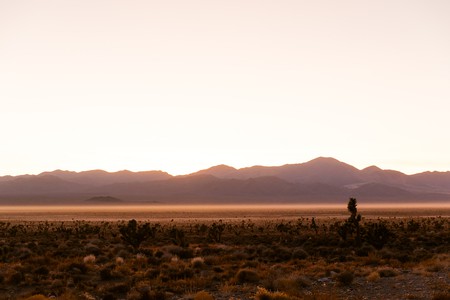 The desolate Tikaboo Valley, a popular destination for UFO hunters, is on the ET Highway | © Jenn Emerling / Culture Trip 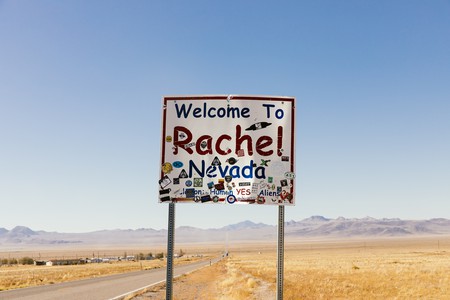 After Crystal Springs disappears in the rear-view mirror, the next stop is Rachel: population, 54. The incredibly tiny town is home to the Little A’Le’Inn (get it?) and caters almost exclusively to alien hunters. The Little A’Le’Inn received national attention after a “Storm Area 51” Facebook event went viral, inspiring the inn’s owners to create their own community gathering called Alienstock. 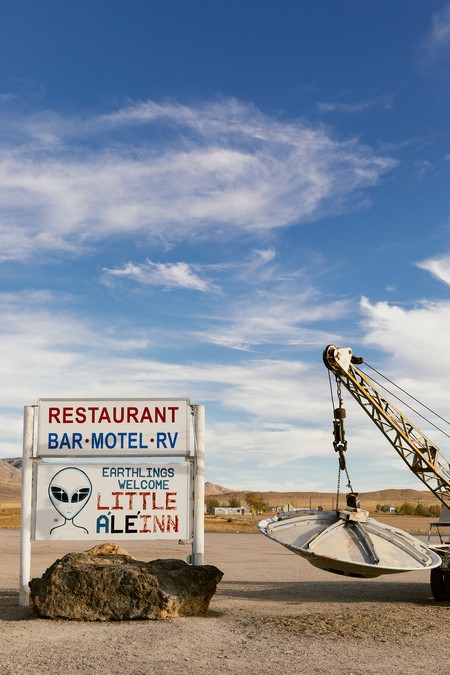 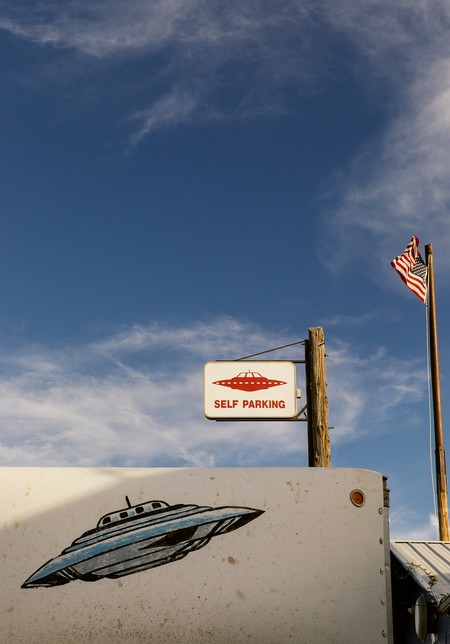 Not only is entering the nearby Area 51 prohibited, you aren’t technically allowed to even take photos of the military signs. But head inside the Little A’Le’Inn diner to check out photos of alien encounters and UFO sightings. There’s also an on-site time capsule buried by the crew of Independence Day when filming wrapped in 1996. 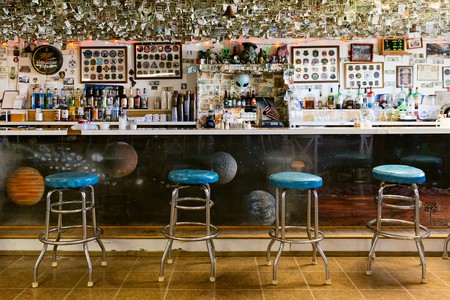 The final stop is Tonopah, where the historic cemetery and Mizpah Hotel add another layer of mystery to the highway. Many believe they’re haunted – so unsurprisingly, they draw in visitors as there’s significant overlap between people who consider themselves alien aficionados and people who wouldn’t mind spotting a ghost. 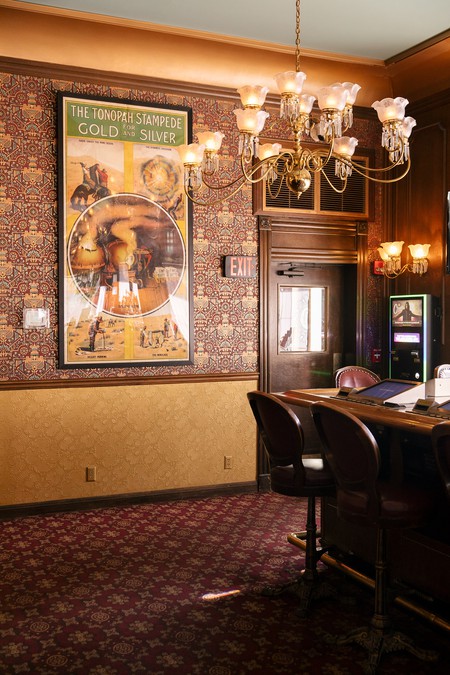 The newly renovated Mizpah Hotel in Tonopah, Nevada is considered one of the most haunted hotels in America | © Jenn Emerling / Culture Trip

If there’s daylight left on your trip, visit the Old Tonopah Cemetery before checking in. While it’s not known for UFO sightings, it’s home to former residents buried more than a hundred years ago – and with hundreds of headstones, it’s easy to believe there could be more than a few restless spirits roaming the rolling terrain. You can even download a walking map to help guide your visit. 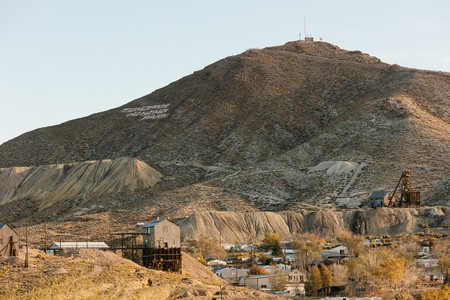 According to Chambrea Fowles, the sales manager for the Mizpah Hotel, there have been more than a few unexplained spooky sightings around the hotel and town. “I do believe there is other life out there in the universe,” she says. “There are hundreds of universes out there and billions of star; we can’t be the only life forms. Don’t you agree?” 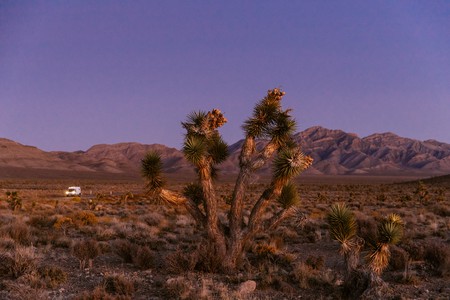 Tikaboo Valley, which can be spotted along the ET Highway, is also known for its abundance of Joshua Trees | © Jenn Emerling / Culture Trip

Take a trip to Nevada for your next great adventure. Find out more at travelnevada.com.