Betty Willis: The Woman Behind the Welcome to Las Vegas Sign 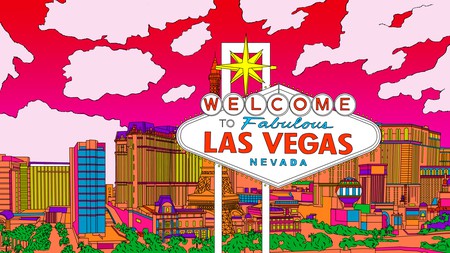 Las Vegas is known for many things, one being the city’s famous “Welcome to Fabulous Las Vegas” sign. Betty Willis saw her art as a gift to Sin City, and today the iconic sign is one of the most recognizable landmarks in the world.

Her name might not be nearly as recognizable as Bugsy Siegel, Howard Hughes or Steve Wynn, but Betty Willis made an equally important contribution to the history and image of Las Vegas. Designed in 1959, her famous “Welcome to Fabulous Las Vegas” sign that sits at the south end of the Las Vegas Strip has stood as an icon of Sin City for decades. Due to her decision not to copyright the design, the sign has been used in a whole range of Vegas souvenirs, advertisements, pop-culture depictions and parodies.

Born in nearby Overton and raised in Las Vegas, Willis attended art school in Los Angeles before returning to her hometown in 1943, spending the rest of her life in the Vegas area, and working steadily until age 77. As an employee of Western Neon, she came up with the design during a time when she was also working on the signs for legendary Las Vegas hotel-casinos The Mint and the Moulin Rouge. However, the Las Vegas sign remains her most enduring contribution to the city that has also grown in prominence over the decades.

In a town where nearly every recognizable element of the skyline has been demolished, retooled or replaced over time, Willis’s sign has been preserved and protected in its initial form since it was first erected. However, the area where the sign is located has had to be revamped to accommodate the millions of visitors that stop by every year. A small pedestrian area and parking lot around the sign was built in 2008, saving tourists from having to dash across increasingly heavy traffic in order to snap a picture with the city’s emblem. The ease of access has only increased the sign’s popularity, and the parking lot has been expanded twice since its opening. 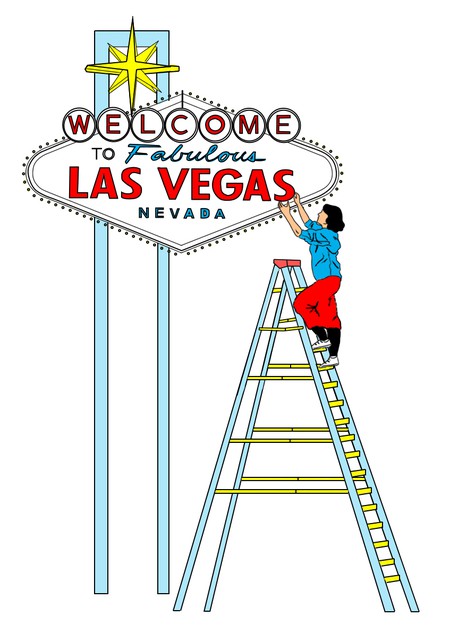 Inspired by wooden signs that Willis had seen welcoming visitors to Los Angeles, her design reflects the Googie style of architecture that was popular at the time. The wording on the front of the sign (“Welcome to Fabulous Las Vegas, Nevada”) was created on just as much of a whim, but “fabulous” has become the city’s go-to designation. “There was no other word to use […], Las Vegas was fabulous, and we wanted to advertise that,” Willis said at the Las Vegas’ Springs Preserve panel discussion in 2008. The same goes for the wording on the back (“Drive carefully, come back soon”), which Willis argued for over a sentiment that would encourage people to leave their money at the casinos. “Repeat business is always better,” she told the panel audience.

As she purposefully decided not to copyright her design, other areas like downtown Las Vegas and Boulder Highway have used the sign to attract visitors. The physical sign was added to the National Register of Historic Places in 2009 and is currently owned by the Young Electric Sign Company and leased to Clark County. However, the design belongs to people everywhere. Willis’s work on the signs for the Moulin Rouge, The Mint and the Blue Angel has been preserved at the Neon Museum in downtown Las Vegas, although none of those signs can rival the visitor numbers of her welcome sign. Although Willis passed away in 2015 at the age of 95, her mark remains all over Las Vegas, from the Strip to the suburbs.