Why You Should Visit Montgomery County: A Hidden Gem of D.C. 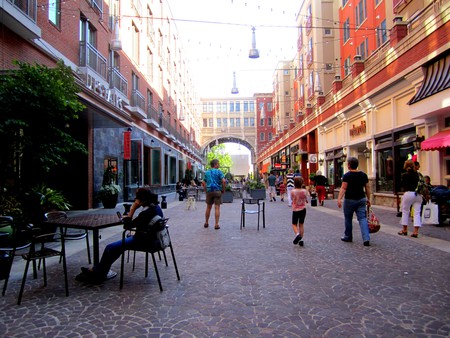 Every year, millions of tourists descend upon Washington, D.C., to take in the arts, history and culture of the nation’s capital. Sure, you can get lost in the Smithsonian’s endless exhibits of artifacts, trace the steps of history at Ford’s Theatre, or marvel at the cherry blossoms along the Tidal Basin.

But, did you know that one of the District’s best places to visit isn’t even within the city’s limits? Just north of the capital and a short ride away on the Metrorail, Montgomery County, MD is a suburb of the D.C. metropolitan area that offers visitors a unique experience which is equal parts urban and rural. Filled with arts and entertainment, restaurants, shopping centers, lakes, and parks, Montgomery County has something exciting for everyone, whether you’re a savvy shopper or outdoor adventurer.

Here are four reasons why you should visit Montgomery County on your next trip to Washington, D.C. 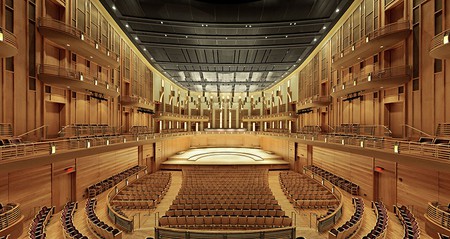 With five major cities and urban districts: Bethesda, Gaithersburg, Germantown, Rockville and Silver Spring, Montgomery County is far from a sleepy suburb. You can find world-class entertainment at the Strathmore Music Center, a gorgeous, symphony hall in North Bethesda that features artists across all music genres. Notable past performers include Tony Bennett, Morrissey, Brian Wilson, the Culture Club and more. Or, if you’re in the mood for something more intimate, the Strathmore’s counterpart, AMP, is just up the road with a variety of bluegrass, rock and jazz acts nearly every night.

Also, the AFI Silver Theatre in downtown Silver Spring is a can’t-miss destination for any movie buff. Officially run by the American Film Institute, the theatre is dedicated to both modern art-house and independent films, alongside a slate of classics.

Montgomery County is notable for its large immigrant population, who not only settled in the area, but also brought the tastes of home with them. From the Greek mezze plates of Mykonos Grill in Rockville (they even cooked for President Obama!) and 24-hour Korean BBQ at Honey Pig in Germantown, to sizzling paella from Jaleo in Bethesda and authentic tacos at Tortacos in Gaithersburg, there are a number of diverse restaurant options to help take your taste buds on a culinary tour of the world.

Shop ‘til you drop

Another look at @bethesdarowfrt with al fresco seating as far as we can see! #imagineCHS #chs #charleston #ontherow #alfresco #alfrescodining #walkability

Montgomery County has both indoor and outdoor shopping areas, with stores that fit every budget. Head to RIO Washingtonian Center in Gaithersburg for an open air, waterfront shopping experience. With plenty of retail stores, live entertainment in the summer, a carousel, and a variety of restaurants, you can spend a whole day in this picturesque, family-friendly environment.

Fashionistas can enjoy an afternoon browsing the shops and savoring the cafés located in Bethesda Row. After you’ve had an éclair at the renowned Parisian bakery, Paul, see the latest products from Apple, Kate Spade, Le Creuset, and Warby Parker. Or, you might find your way to the newly opened Clarksburg Premium Outlets located off I-270, just 30 mi. (48km) north of Washington, D.C., with steals and deals from top designers including Armani, Coach, Nike, Tory Burch and Under Armour.

It's fairly common for us to take our easily accessible resources for granted. I've managed to develop a newfound love for this beautiful gorge that I've seemed to overlook in the past 💛

When you want to get out of the hustle and bustle of the city, Montgomery County has you covered with beautiful scenic sites and parks, perfect for your next adventure. Book a session at Go Ape! Treetop or the Adventure Park in Sandy Spring, two outdoor parks featuring obstacle courses, zip lines and rope ladders.

Hikers can explore the popular trails at Sugarloaf Mountain or the local favorite Billy Goat Trail, a 4.7-mile (7.6-km) trail that follows the path between the C&O Canal and the Potomac River, within the Chesapeake and Ohio Canal National Historical Park near Great Falls. Want to hit the water? You can rent a kayak, canoe or rowboat and get in touch with nature on Little Seneca Lake or Lake Needwood.

Or, look to the professionals at Potomac PaddleSports to guide and teach you all about flatwater kayaks, how to paddle, and the rich history of the Chesapeake and Ohio Canal. Catch a glimpse of heron, kingfisher, white-tailed deer, and painted turtles, and see and learn about the many other wild inhabitants of the Potomac River.

Ready to book your trip to the greater Washington, D.C. area? Before you head out the door, check out the Visit Montgomery website, follow Visit Montgomery on Facebook, Twitter and Instagram, and watch this awesome video for more fun ideas and things to do in Montgomery County, the hidden gem of the nation’s capital.