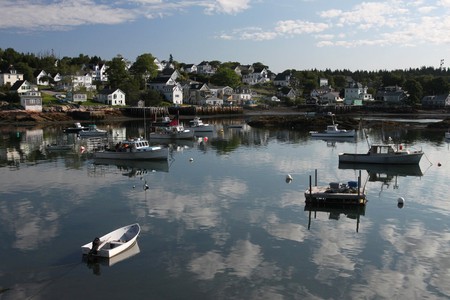 Difficult as it is to imagine wanting to leave Portland, people do take day trips (sometimes two) from the city to explore the rest of Maine. If the city is your base, you’re in luck: within short drives are the first foothills of the Western mountains, quaint fishing villages and miles of rolling farmland. Outdoor enthusiasts can look forward to bucolic rewards, like renting kayaks and bicycles, or soaking in the vistas from the car.

Maine’s second-largest lake is only an hour from Portland. Boat, kayak or swim: with 105 miles of shoreline it’s not hard to find open water. In summer the lake swells with out-of-towners (affectionate Maine slang for anyone from elsewhere) who flock to cabins and cottages to play on the water. The lake is the primary water supply for Portland, and is popular with fishermen looking for bass, trout, and salmon. Just add a dock. 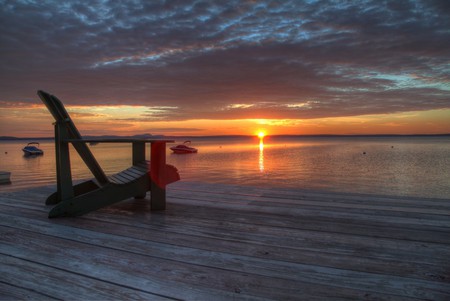 Leave the hustle and bustle of the city behind and take the short ferry through Casco Bay to Portland’s offshore neighborhood, an island of shingled cottages and old fashioned roses. Peaks Island may only be a short ride away but the distance is transformative: waves and gulls replace the sound of traffic, as golf carts roam the streets where artisans sell sea glass jewelry. Rent a bike and make a short lap of the island, stopping at the public beach where at high tide swimmers brace a short channel to a spit of rock just offshore. On your way home you can watch the local kids jump off the ferry pier into the Atlantic while plotting your return trip.

Even as the town struggles to retain its image as a quaint fishing village—new hotels and gastropubs have dented the rustic charm slightly—Bar Harbor still has the power to astonish. Bordered by soaring granite cliffs and wild Acadia National Park on all sides, the town is worth the three-hour drive from Portland. Hikers are spoiled for choice. Pick a seaside trot or a meandering path through forests that crest mountains, or save your legs and soak in the vistas from the car. Cap the day off with a bite to eat, as it’s hard to find a bad meal in town—though some of the lobster shacks on the water are just so-so. 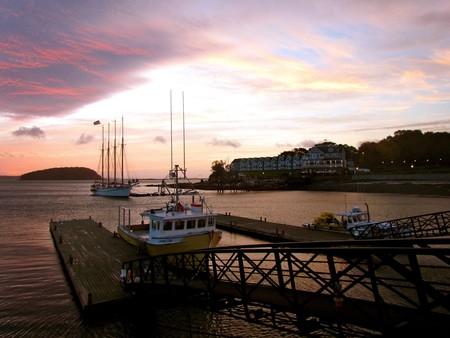 Maine’s coast has drawn recovering urbanites for generations, and all the reasons can be distilled in these two island towns, which are connected to the mainland by a small bridge. Full of world travelers, doctors, writers, artists, and everything in between, Stonington and Deer Isle retain the roots of provincial fishing villages, which is how most here survive outside of summer tourism. A three-hour drive from Portland, the towns consist of unadorned, shingle-sided houses, and tawny fields that bloom with wild flowers. Absent are souvenir shops, and the villages cluster around their harbors. At the center of Stonington is the beautiful opera house.

Cosmopolitan amenities squeezed into the rustic charm of a wealthy sea village—Camden is where you can souvenir-shop for blueberry-bedazzled tea cozies and order lobster ice-cream free of judgement. Just set back from the harbor, colonial mansions—many of them inns and “cottages” for rent—make it easy to imagine ship captains walking through this once-bustling port. Mostly gone are the boat-building days, but tours on skips and sloops are a popular pastime. If the open seas aren’t your thing, rising above the town is Mount Battie, which commands sweeping views of the coast. 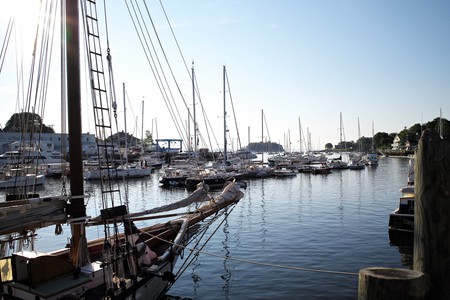 Together the twin cities are almost as populous as Portland, but situated inland along the banks of the Androscoggin, these once-mighty mill towns are conspicuously devoid of the tourist crowds. Now the two cities are going through a renaissance: novel eateries, new breweries, and low rent prices are causing young artists to settle here. Just an hour north of Portland, you can tour the latest iteration of the mills, stop at the likes of Baxter Brewing Company, Fuel, and Marché for food and refreshment, and walk through Thorncrag Bird Sanctuary. 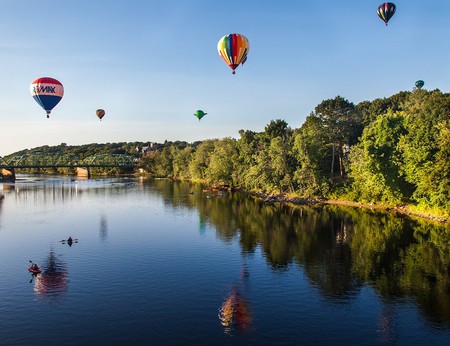 Synonymous with shopping, Freeport has much more to offer travelers than outlets and outfitters. Just beyond the downtown, well-tended fields rise to pine bluffs plunging abruptly into the ocean. The jewel of the landscape is Wolfsneck State Park, a wooded series of trails and fields that feels truly private even amid the swell of tourists in the summer. There are no sand beaches, but there are few places this close to Portland where you can swim in the ocean (with a healthy amount of rock scrambling) totally alone. Bird lovers can watch osprey nest and swoop into the water from a small, off-limits island just offshore, while there’s room for families to grill. Charmed? There’s camping right around the corner. 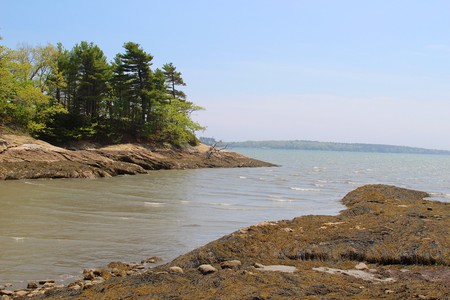 Seaweed on the Coast | ©David Fulmer/Flickr

One reason draws you to this coastal town, a no-mans land for Mainers eager to avoid summer traffic jams: the lobster rolls at Red’s Eats. This is the state’s most famous—with apologies—lobster shack, a veritable assembly line of shellfish, french fries, and wet towelettes. Ease off the lobster with a walk around the town’s charming shops, or hop in a boat for a cruise up the eponymous river. Just an hour north of Portland, Damariscotta also makes a useful jumping-off point if you’re headed further north to Acadia National Park or Camden. 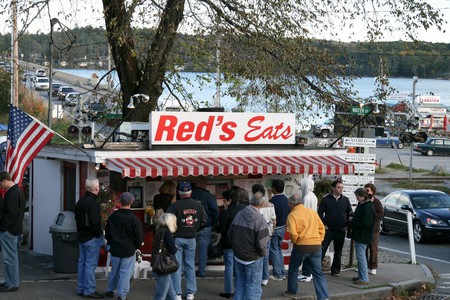 Winter’s gateway to the ski slopes, Bethel is a historic mountain town that provides easy access to a variety of outdoor activities. In the summer hikers station here to climb Maine’s Western Mountains, and in fall it becomes an important stop on the leaf-peeping migratory tours. Its proximity to covered bridges, waterfalls, and notches in the mountains make it an ideal hour-and-a-half trip from Portland.