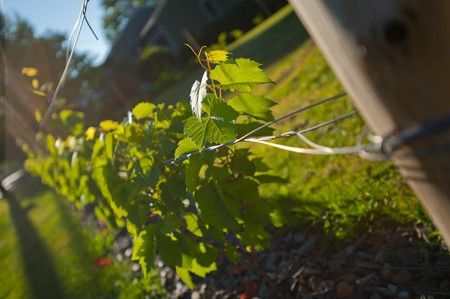 If you don’t count cider-makers—and let’s face it, we can’t always—there are more than 21 wineries in Maine, from small acre-odd farms to bustling regional vinters along the coast. Terroir, as anywhere, is everything here, where the changes in temperature of coastal climes vary greatly to the cold highlands inland. This is about more than blueberries: lately vineyards have been exploiting varietals designed specifically in the state’s microclimates, from Chardonnay to Sauvignon Blanc, and Merlot to Shiraz, putting Maine on the map for wine lovers even with the most discerning palates. Think you know Maine wine? Here’s a guide to the grapes and vintages to try from the Pine Tree State.

Established in 2008, Cellardoor has become the benchmark for what’s possible grape-wise in Maine. The winery grows and blends cold-hardy reds and whites developed, and adapted, to Maine’s climate. While many of the grapes will remind New York wine fans of the Finger Lakes, the grapes here—from Cayugas to Marquettes—have taken on the unique (and popular) flavor of the estate’s land in Lincolnville. 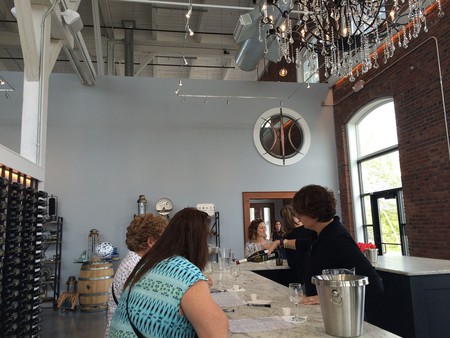 At an old colonial-inspired mansion with lush gardens overlooking a pretty bay, Breakwater Vineyards features Maine-grown grapes on 32-acres. From Chardonnay to fruit wines, Breakwater offers more than 10 varietals, including mead, plus tours during the summer months.

Not far from Camden and Rockland, Union is an often-overlooked town on the midcoast, cut off from the sea by its two neighbors. But run by expert vinters, Sweetgrass Wineries makes use of the coast’s temperate winds (and seasonal tourists) to make wine with local terroir. The winery specializes in delicious fruit wines—everything from apple to blueberry—while its Maine-grown Beaujolais grapes are perennial favorites with fans. The winery is also part-distillery, producing gin, brandy, rum, and whisky.

Picture perfect wine tastings 🍷😁…they have their house next to the winary, living the dream

Maine’s oldest winery, Bartlett has been around since 1983. Since then, Bartlett has made waves in Maine and around the country. Its fruit wines have become staples, inspiring literally dozens of imitators while still managing to stay at the cutting edge and launching new products, like rum. Bartlett ferments some 7,000 cases of wine a year, and its blueberry wines and meads have garnered nationwide praise. Can’t make it as far north as Gouldsboro? Don’t fret: the wines are sold almost everywhere around the state.

The name is the hint here: apple, pear, and maple wines, from sweet to dry, are the offerings. They’re all sparkling “because they’re fun to drink,” the owner says, and made from local fruits and trees. The apple dry is a gold medalist, and the winery also makes hard alcohol from the fruits, including what they consider to be the only absinthe, concocted from applejack, made in New England.

Best known for their fruit wines—everything from blueberry to cranberry, fortified blackberry wine to frozen desert wines—Winterport Winery has been a Maine staple since it opened its doors in 2001. With numerous regional and Finger Lakes awards tucked under its cork, the winery isn’t a one-act stop: a brewery is also located in the same building.

Tucked away in Union, almost every wine at Savage Oakes comes from grapes grown on their four-acre vineyard. More than 10 varietals are grown here, including whites like La Crosse, Cayuga, St. Pepin, and St. Croix, and reds like Leon Millot and Marquette. Many of the 16 or more wines, the most of any winery in the state, are New England and northeast champs. Whether you like sweet or dry, oaked or fruit-forward, there’s a wine for every occassion.

Most grapes used in Bar Harbor Cellars are carefully picked abroad and fermented and aged back at the winery, making world-class wines available in Maine. As the only winery in Acadia National Park, thousands of people pass through its doors every summer, tasting great Merlots, Rieslings, Chardonnays, and a selection of fruit wine—from the ubiquitous blueberry to harder-to-find ones like blackcurrant—all within a rustic, sea-inspired farmhouse.

The middle of Maine may not seem like the ideal place to grow grapes, where winters unstirred by temperate, coastal breezes can be harsh. But Stetson is in the heart of Maine farming ingenuity, and growers here have adapted everything from hot peppers to grapes to not only grow, but flourish. Inspired by German Rieslings (most of their grapes are hardy varieties), there’s more than 20 varieties at the Dragonfly Farm & Winery, including 13 grape wines. This family-run winery is the premiere place to sip wine inland.