11 Most Beautiful Hikes in Maine 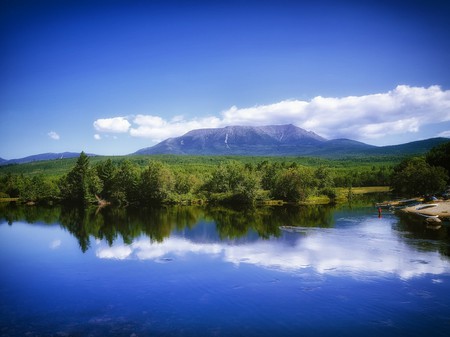 If you haven’t heard about Maine hiking then you’re in for a treat. Whether venturing east along the coast or heading — spectacularly — into the state’s Western border with New Hampshire, Maine’s mountains offer ample opportunities to be inspired. Here are 11 of our favorite hikes.

There’s little to say about Cadillac that hasn’t already been said. The tallest mountain in Acadia National Park (to which no trip to Maine would be complete without stopping), Cadillac is one of the first points to see the sunrise in the country. Hikers wishing to summit in time for sunrise usually take the North Ridge Trail, a moderate 2.2 mile climb. The path starts in forest but soon opens to the stars, and the summit offers stunning views of the Atlantic Ocean, Bar Harbor and the rest of the island, making a memorable and truly unique hike. 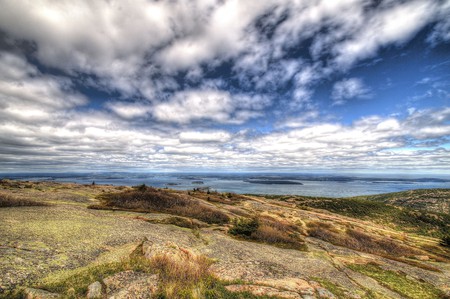 Maine’s tallest mountain is, seemingly, in the middle of a nowhere. A vast forested area surrounds and Katahdin rises majestically from Baxter State Park of Maine close to no other peak. The trail you’ll hear the most about is one of the final legs in the 10-hour round trip called the Knife’s Edge, a quick tight-rope along a ridge near the top that can be reached by several trails cresting the summit.

If you’re already in Camden this quick hike just outside town in Camden Hills State Park is one of the most photographed vistas in the state, offering breathtaking views of the town, Atlantic Ocean and offshore islands. Starting from the parking lot, the quick half-mile path scrambles over rock and up a slope steep in some places, but well-worth the effort. A further ascent up a stone tower atop the mountain affords panoramic views for miles. 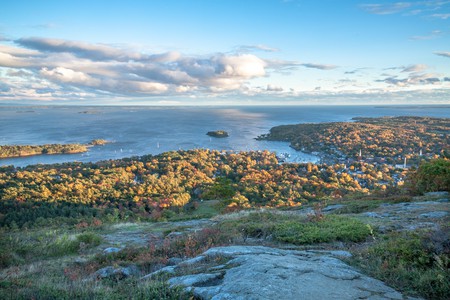 The ascent up Beehive Mountain begins easily enough. Located across the street from the entrance to popular Sand Beach in Acadia Naational Park, the first few moments take hikers over a rock scramble. Then everything changes, as the path goes vertical, requring rungs and ladders, hand-over-foot maneuvers, and narrow tightrope walks along the cliff edge. The resulting views over Acadia National Park and Sand Beach make it worth the jittery climb, which takes about an hour-and-a-half. 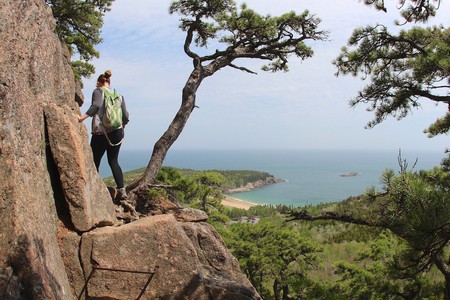 Mt. Kineo rises dramatically several hundred feet out of Moosehead Lake, Maine’s largest. Connected by a narrow road to the mainland, the mountain is nevertheless only accessible by water (a public boat launch in Rockwood starts you on your journey). From there, follow the shoreline path, an old carriage road, for almost a mile past private property onto public land. There are several easy hikes depending on the amount of time you have, although the most strenuous, Indian Trail 00 affords the best views. Atop is a converted fire tower affording views of the stunning lake. 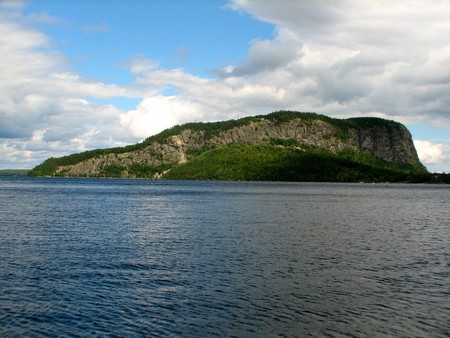 Great Head follows the rim of Acadia National Park where its shores meet the Atlantic Ocean. The path scampers over granite faces and through coniferous forests that end abruptly at secluded coves before doubling back near the entrance at Sand Beach. The 1.7 mile hike is easy enough for beachgoers reluctant to face Sand Beach’s frigid waters, but has rocky, uneven footing requiring shoes.

The “Grand Canyon of the East,” Gulf Hagas is a gorge carved by the west branch of the Pleasant River as it drops 500 feet over the course of three miles. The resulting waterfalls are best explored along a rim trail over rugged terrain (think rocks and tree roots) and elevation changes. The nine-mile round-trip trek (there are shorter versions) is worth every ounce of sweat, as you’re rewarded with spectacular views of the rivers and falls, which make great swimming holes to cool off in (not to mention fishing pools). 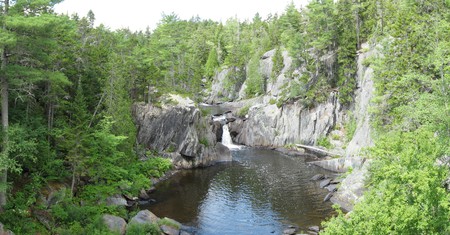 Rising more than 3,000 feet, Tumbledown Mountain is a popular option for hikers in western Maine. There are several paths to take, but opt for the Loop Trail (1.5 miles) the shortest but most strenuous, which leads to the mountains ridge. Highlights include Tumbledown Boulder, a massive rock, as well as a fissure that must be climbed through known as Fat Man’s Misery (it can be slippery due to flowing water). The reward is sweeping views, an alpine pond and 700-foot cliffs.

Big, challenging and beautiful, Bigelow is widely considered Maine’s second best hike behind Katahdin. The reasons read like a hiker’s bucket list: emerald ridges, deep cols (low point between two peaks) and long, two-day climbs (bring the tent). It takes 16.3 miles to go up and over Bigelow, but if you just want to hit the signature Avery Peak (4,088 feet) the trek is a shorter—if no less difficult—7.8 miles. Many people camp at Avery, which has tent platforms, the better to enjoy the amazing views at the summit of Flagstaff Lake and Maine’s Western Mountains.

Ain't easy to see, but there's color in them trees down yonder #maine #fall #hiking #hikeME

Dorr gets overlooked by its neighbors—perennial favorite Cadillac Mountain, and Champlain, where the adventurous test the Precipe Trail—which is just fine with hikers of this gem. Dorr remains a well-kept secret, a solitary hike with stunning views of the Atlantic, Champlain, and Cadillac Mountains. Part of the fun is the diversity you have to walk through: starting at the Jessup Trail, the path meanders around a pond, across a boardwalk above a swamp, and then up through a silent forest and over rocks until the mountain’s bald peak. There are several trails, but Homan’s (about one mile) hugs the cliff face, and often parallels running streams.