The Glitzy LA Locations From ‘Once Upon a Time... in Hollywood’ 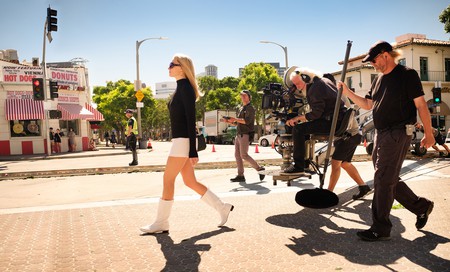 Margot Robbie stars in Columbia Pictures’ ‘Once Upon a Time... in Hollywood’ | © 2019 CTMG, Inc. All Rights Reserved.

Quentin Tarantino’s ninth film is a self-confessed love letter to Los Angeles. Alongside Leonardo DiCaprio, Brad Pitt and Margot Robbie, the city itself is the star of Once Upon a Time… in Hollywood, with many LA locations featuring in the movie. 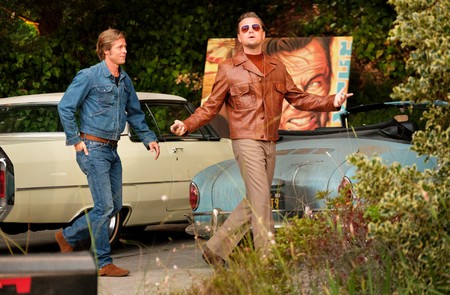 Quentin Tarantino’s latest offering, Once Upon a Time… in Hollywood, is an entertaining period piece set in the 1960s. Filming took place in Los Angeles between June and November 2018, with numerous Hollywood landmarks woven into the narrative. While some were dressed to look accurate to the period the film was set in, for others no such sleight of hand was required, as they remain almost identical to how they were in their heyday. Here’s a guide to some of the locations used in the film and how they were featured in the latest Tarantino blockbuster. 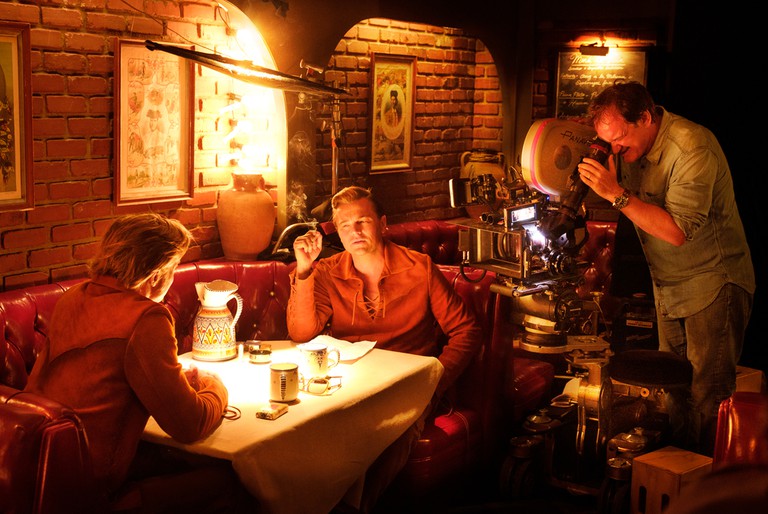 Tarantino films DiCaprio and Pitt on the set of ‘Once Upon a Time... in Hollywood’ | © 2019 CTMG All Rights Reserved. Andrew Cooper. Sony Pictures Entertainment Inc

Rick Dalton (DiCaprio) and Cliff Booth (Pitt) are seen drinking at Casa Vega, an LA institution founded by Rafael ‘Ray’ Garcia in 1956. Casa Vega continues to be a celebrity haunt thanks to current owner Christina ‘Christy’ Vega Fowler. Famous guests are assured privacy as the popular spot accommodates special requests like discreet entrances and exits, plus low lighting for incognito meals. Diners slide into classical red leather banquettes and can dine on dishes like the Vega Ribeye and the Casa Vega Molcajete with sliced flank steak, chicken breast, tiger shrimp and grilled chile relleno. If you’re looking for the ultimate Once Upon a Time… in Hollywood experience head straight for table C6. 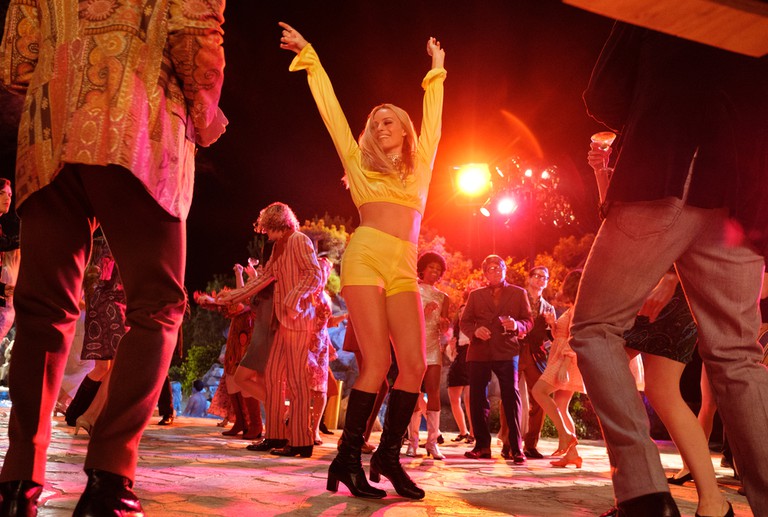 A party scene near the start of the movie was filmed on location at the infamous Playboy Mansion, the former home of Hugh Hefner, who lived there from 1975 until his death in 2017. Located in the Holmby Hills neighborhood, the mansion gained notoriety in the 1970s and ’80s thanks to reports of outrageously decadent gatherings attended by the filthy rich and famous. The site is available for special events and fashion shoots – as well as film productions, of course.

Restaurant, Italian, $$$
Facebook
Email
Twitter
Pinterest
Copy link
Share
Map View
Tarantino capitalizes on the glamorous reputation of Cicada restaurant, located inside the James Oviatt Building in downtown Los Angeles. The restaurant, which is frequented by DiCaprio’s character in the movie, has played a role in many films and TV shows. Its stunning Art Deco design, which is in keeping with that of many other buildings in the area, was also the inspiration for the Hotel Cortez in American Horror Story: Hotel. It provided the backdrop for the famous scene in Pretty Woman (1990) in which Vivian Ward (Julia Roberts) accidentally flings an escargot shell across the room.
Open In Google Maps
617 South Olive Street, Downtown Los Angeles, Los Angeles, California, 90014, USA
+12134889488
Visit Website
Give us feedback

Los Angeles has many iconic movie theaters, but Pacific Theatres’ Cinema Dome is truly unique. In Once Upon a Time… in Hollywood, the movie theater is dressed for the premiere of the disaster film Krakatoa, East of Java (1968). The Dome, a favorite of Tarantino’s, is famous for its seemingly impractical curved screen. Flat screens are so passé. 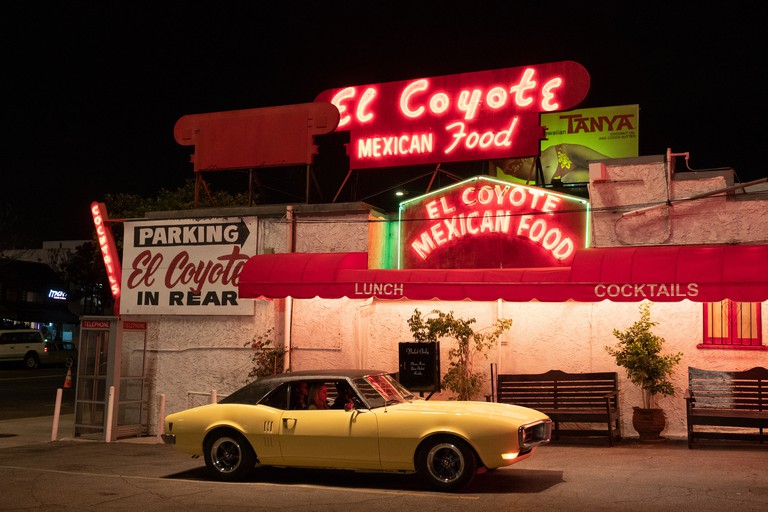 El Coyote, as featured in Columbia Pictures’ ‘Once Upon a Time... in Hollywood’ | © 2019 CTMG, Inc. All Rights Reserved.

Opened in March 1931, El Coyote Mexican Cafe moved to its current location in 1951. El Coyote is known for its lively, colorful setting, which features autographed photos of Hollywood stars who have dined here. Sharon Tate (played by Margot Robbie in Once Upon a Time… in Hollywood) dined here on the night of her murder by members of the Manson Family.

Legendary Hollywood restaurant Musso & Frank plays itself in Tim Burton’s award-winning biopic Ed Wood (1994) and also features heavily in Once Upon a Time… in Hollywood. Recognized as Hollywood’s oldest restaurant, the institution marks its centennial in 2019. It’s here in the movie that Dalton meets Al Pacino’s shady agent, who sells the actor on the idea of trying his hand at spaghetti westerns. Fittingly, the restaurant serves Italian cuisine. 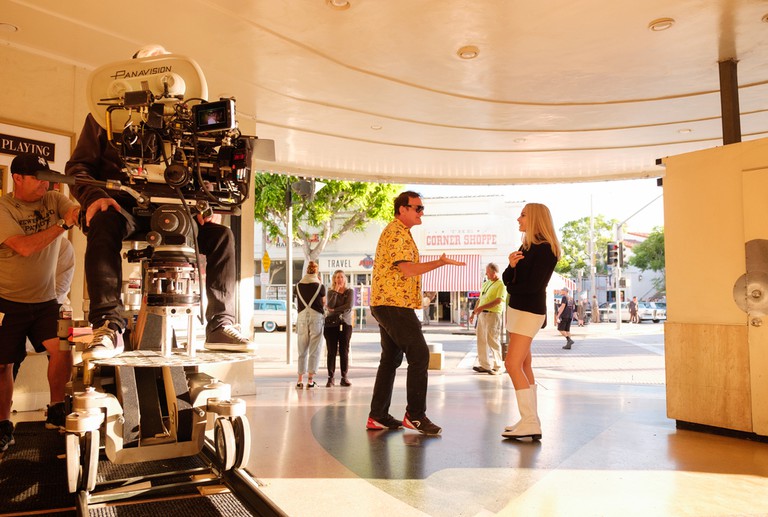 Tarantino and Robbie on the set of ‘Once Upon a Time... in Hollywood’ | © 2019 CTMG All Rights Reserved. Andrew Cooper. Sony Pictures Entertainment Inc

The famous Regency Bruin Theatre opened in December 1937. In Once Upon a Time… in Hollywood, Sharon Tate (Robbie) stops by the Bruin to watch herself in The Wrecking Crew, the 1968 film starring Dean Martin. There are various other film landmarks in the theater’s surrounding area, plus nearby streets full of vintage clothing stores so you can perfect the retro look yourself. 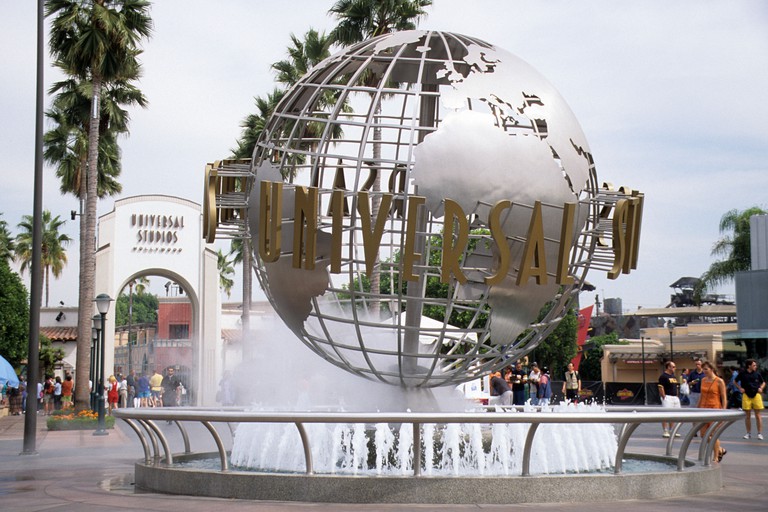 A visit to Universal Studios Hollywood is perfect for the entire family | © Geoffrey Taunton / Alamy Stock Photo
Book Now
Universal Studios Hollywood is the legendary theme park and movie studio that is a must for film fans visiting Hollywood. Tarantino used part of the backlot to create an episode of a western in his new movie. Visitors can get a tour of the historic studio backlot, which has been the filming location of many Universal classics such as Jaws (1975), Psycho (1960) and Jurassic Park (1993).
Open In Google Maps
100 Universal City Plaza, Central LA, Universal City, California, 91608, USA
+18008648377
Visit Website
Give us feedback 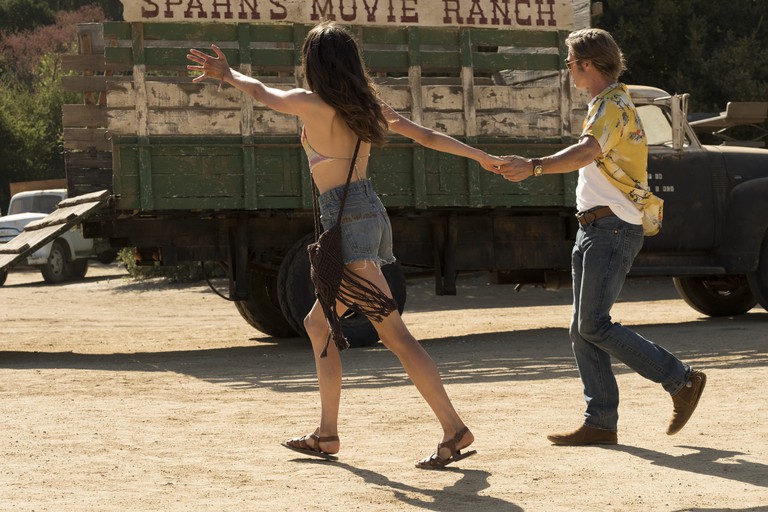 Before being destroyed in a wildfire in 1970, Corriganville Movie Ranch in Simi Valley was used in over 3,500 productions. Today the site is home to Corriganville Park, home to a number of nature trails, and was used in Once Upon a Time… in Hollywood to portray the historic Spahn Ranch. The main residence of the Manson Family, Spahn Ranch was owned by George Spahn (Bruce Dern in the movie), who allowed members of the group to stay.

Further destinations featured in Once Upon a Time… in Hollywood can be found on the Discover Los Angeles site.