City of Stars: a Musician's Guide to LA 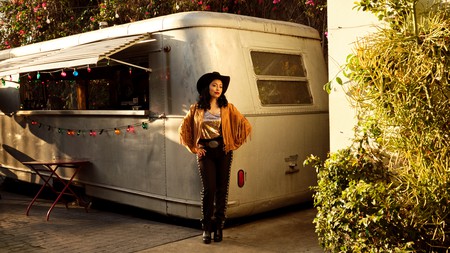 Born in Mexico and raised in Southern California, Nancy Sanchez is a proud Angeleno
Paid partnership with

Singer-songwriter Nancy Sanchez takes us on a tour of her beloved Los Angeles, revealing its best-kept secrets, music venues and restaurants.

Mexican-American singer Nancy Sanchez is a proud Angeleno. Born in Mexico and raised in Southern California, she has lived in East Los Angeles since 2016. Her music, including her most recent full-length album La Gran Civilización (2020), reflects her journey as a Mexican-American woman and immigrant. Blending pop, jazz and Latin influences, she creates music that is distinctly her own, echoing the rich and varied music scene of Los Angeles.
How would you describe your music?

“I describe my music as Latin alternative meets regional Mexican. I grew up in the mariachi world, my father is a mariachi player, and I learned how to play and sing mariachi styles before anything else. Later on, I studied music at Cal State LA, where I studied jazz – I love singing jazz. LA can expose you to so many different styles of music.” 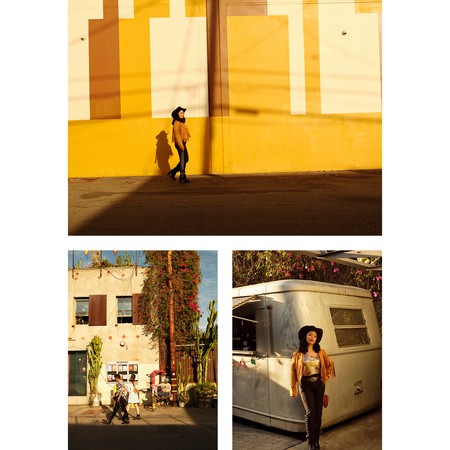 “As a Mexican-American, I am proud to live in a city that showcases my culture.”

What inspired you to become a musician?

“I believe I was born with a musical spirit, and I was very inspired by my father – although coming from Mexico he wasn’t able to take his pursuit of music as far as I have taken mine. So I’ve always known never to take living in America for granted. Being an immigrant here has given me the chance not only to live in a new country but to take advantage of all the opportunities that come with living in a city and a state that has so much music.”
Tell us about your album La Gran Civilización.

“My album is a representation of all the music that I love. The title track means “the great civilisation”, which refers to the great city of Mexico City before the Spaniards conquered and when the Aztecs and the Mexicas ruled. I wanted to create this idea of Mexican greatness that still exists in my community and in my people. We come from gods; we come from the city of greatness – to be proud of the culture, love your history, and thrive no matter what happens, no matter what obstacle.”

What do you love about LA?

“LA is a melting pot of cultures and foods from around the world – and as a Mexican-American, I am proud to live in a city that showcases my culture. The music is also very diverse – you can see a different band every night of the week – you can listen to a mariachi band on a Friday night and then jazz on a Saturday. It’s very multicultural.” 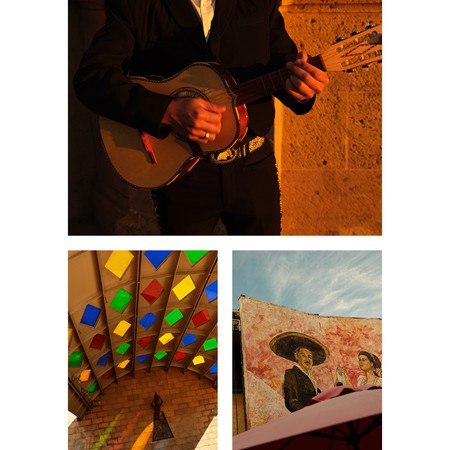 “I grew up in the mariachi world, and I learned how to play and sing mariachi styles before anything else.”

Tell us about East Los Angeles.

“East Los Angeles has been at the centre of many Chicano and Mexican-American movements: the Chicano Moratorium took place down the street in the 1970s. For me, East LA represents Mexican-American culture – the neighbourhood has so much history – and living here makes me feel like I am part of history.”
Where do you get inspired?

“My favourite spot in the city – and where I have shot multiple music videos – is Mariachi Plaza, which is in the centre of Boyle Heights. Mariachis stand there and wait to be picked to play at events – whether it’s a quinceañera, a birthday party, a baptism, or a funeral – and it’s also where we have mariachi festivals.”

What else is there to do nearby?

“Surrounding the plaza are shops that I go to almost weekly; La Casa Del Musico is where I buy guitar tuners, strings, and vihuela strings – I play a small mariachi guitar called a vihuela. I also get my suits made at La Casa Del Mariachi – it’s a famous shop where lots of mariachis come to get their wonderful, traditional Mexican charro suits.” 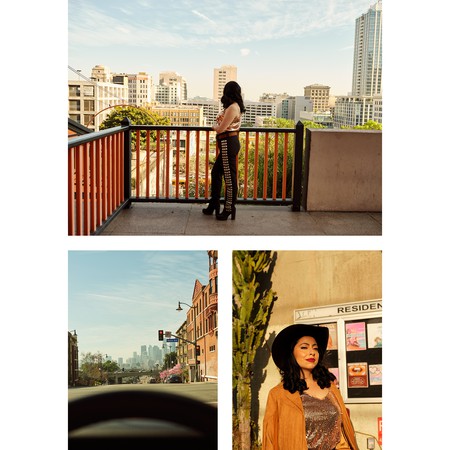 “I get my suits made at La Casa Del Mariachi – it’s where lots of mariachis come to get their traditional Mexican charro suits.”

Places to eat and drink?

“Yeya’s is a mom-and-pop restaurant that I absolutely adore and have been going to since I was little. I usually go for breakfast and order chilaquiles, a traditional Mexican dish of tortilla chips drenched in salsa, served with two fried eggs and cheese. Casa Fina, a restaurant owned by the writer Josefina López – who wrote Real Women Have Curves – is another one of my favourites in Boyle Heights. I especially love their margaritas!”
What are your favourite coffee shops?

“I am a coffee person, and I try to support local coffee shops as much as possible. My favourite coffee shop is Ground Up Coffee in East Los Angeles, borderline Montebello. It’s Latinx-owned, and I go almost daily for a honey oat-milk latte. It’s small, with earth tone colours and greenery – the outside feels cosy like you are on your own terrace.”

Any other hidden gems?

“Tamales Liliana’s is a hole-in-the-wall Mexican restaurant that makes the best tamales in East LA: I order Queso Con Rajas, a tamale with cheese and sliced peppers. It is the most delicious thing in the world. The restaurant is also in front of the Gold Line – one of the famous train lines in the city – which takes you from East Los Angeles all the way to Downtown LA.” 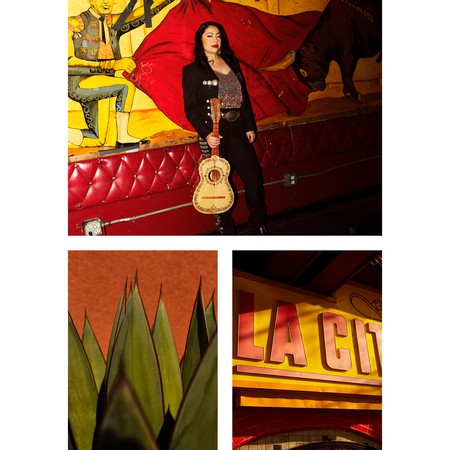 “La Cita Bar is a classic Latinx joint, where you can watch a band play and dance the night away.”

“Resident, where I had my CD release party for my 2017-18 album American Novio, is one of my favourite venues in the Arts District. They have a food truck, bar and a little patio where you can hang out and have a bite to eat and drink. There is also an enclosed stand-up music venue; it has a wonderful stage, a great sound system and a DJ most nights.”
… and to dance?

“La Cita Bar is a classic Latinx joint, where you can watch a band play and dance the night away. They have themed nights, too – my favourite is cumbia night [an Afro-Caribbean music genre originally from Colombia]. It’s also near Angels Flight, one of the oldest trolleys in LA. The trolley goes up Bunker Hill, and in the early 1900s, it used to be a nickel to ride, and now it’s a dollar. When you are riding it, it feels like you are going back in time – and you get a little glimpse of old Los Angeles.”

Find out more and start planning your trip now by visiting discoverlosangeles.com