Bradley Cooper’s remake of the 1937 classic A Star Is Born joins the tradition of Hollywood movies doubling as love letters to Los Angeles. From dingy dive bars to the Chateau Marmont, follow in the footsteps of Jackson and Ally with a trip to the real-life LA hotspots featured in the film.

Before you read any further, you should know this story contains spoilers.

If the movies are anything to go by, the path to Hollywood stardom follows a clear trajectory: move to LA, take gig at dive bar, get discovered and skyrocket to stardom.

Ally’s story in A Star Is Born follows this plot perfectly, starting with a weekly slot singing at a Silver Lake drag bar and ending in a concert at the iconic Shrine Auditorium. Here we follow in her footsteps through LA’s dive bars, legendary music venues and glitzy hotels. 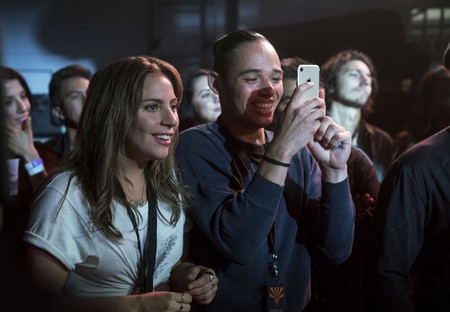 The worlds of waitress Ally (Lady Gaga) and rockstar Jackson Maine (Bradley Cooper) collide when they meet at a drag bar and continue the night at a cop bar. Two much-loved dive bars in Silver Lake and Echo Park were chosen as filming locations for the couple’s whirlwind first date. Visiting the venues, it’s easy to see why the bars are neighborhood staples and the perfect fit for a blossoming rock ‘n’ roll romance. 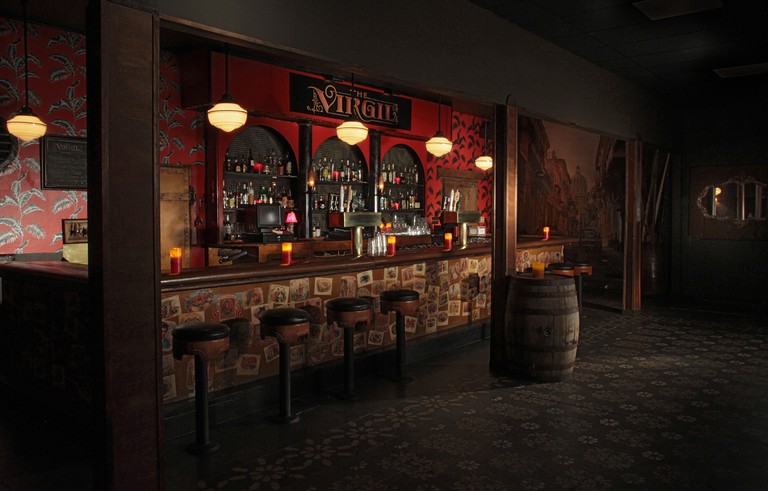 Easy Hollywood spot The Virgil became drag bar Bleu Bleu for the film | Courtesy of The Virgil
An East Hollywood bar popular for its comedy shows, The Virgil became drag bar Bleu Bleu in A Star Is Born, where Jackson first locks eyes with Ally as she delivers a sultry performance of ‘La Vie en Rose’. Once a small live music venue called the Garage, it serves up the perfect intimate setting for Ally and Jackson’s meet-cute to unfold. Filming for the movie took place over three days, according to the venue, with the bar’s small foyer repurposed as Ally’s dressing room and a purpose-built runway fit for drag queen royalty (stars from RuPaul’s Drag Race appear in the scene) added to the main room.
Open In Google Maps
4519 Santa Monica Boulevard, East Hollywood, Los Angeles, California, 90029, USA
+13236604540
Visit Website
Give us feedback

Bar, American
Facebook
Email
Twitter
Pinterest
Copy link
Share
Map View
The next stop for Jackson and Ally is Jackson’s favorite cop bar. The scene was filmed at The Short Stop, a fun dive bar that’s been an Echo Park institution since the ’20s. Though now an unpretentious spot for dancing and Dodgers fans – with a great Motown night on Mondays – the bar was indeed once a notorious police hangout during the Rampart scandal of the ’90s.
Open In Google Maps
3457, 1455 Sunset Boulevard, Echo Park, Los Angeles, California, 90026, USA
+12134824942
Visit Website
Give us feedback

From the electric opening scene to the emotional finish, all concert scenes in A Star Is Born are filmed and performed live, in front of real audiences. The song ‘Black Eyes’, Jackson Maine’s explosive country rock opener, was recorded at Stagecoach festival in the interlude between Jamey Johnson and Willie Nelson. Other festival scenes were shot at Glastonbury and Coachella, while back in Los Angeles, performances at various music venues were attended by lucky Lady Gaga fans.

It might be a helicopter ride away in the movie, but the concert venue where Jackson drags Ally onstage for the duo’s first performance of ‘Shallow’ is, in reality, only a 20-minute drive from Ally’s home in the Arlington Heights neighborhood. While the venue goes unnamed in A Star Is Born, the outdoor amphitheater and its rows of plastic red seating is easily recognizable as the iconic Greek Theatre. It’s a fitting venue for rockstar Jackson Maine, given its illustrious history as a rock ‘n’ roll destination (Neil Diamond recorded his live album “Hot Summer Nights” here). Jackson’s audience at this concert was made up of 500 lucky Lady Gaga fans, AKA ‘Little Monsters’, who were asked to dress up as country music fans for the scene. Filming at the Greek Theatre took place over the course of a week, with fans showing up in the afternoon and often not leaving until the early hours of the morning. 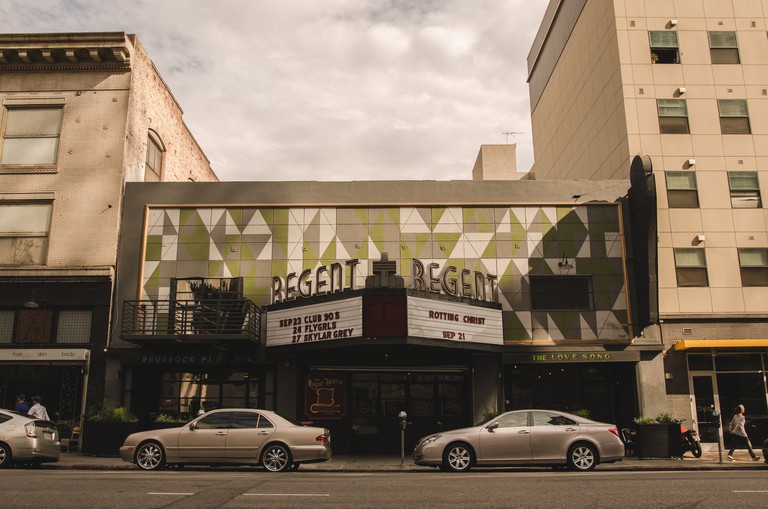 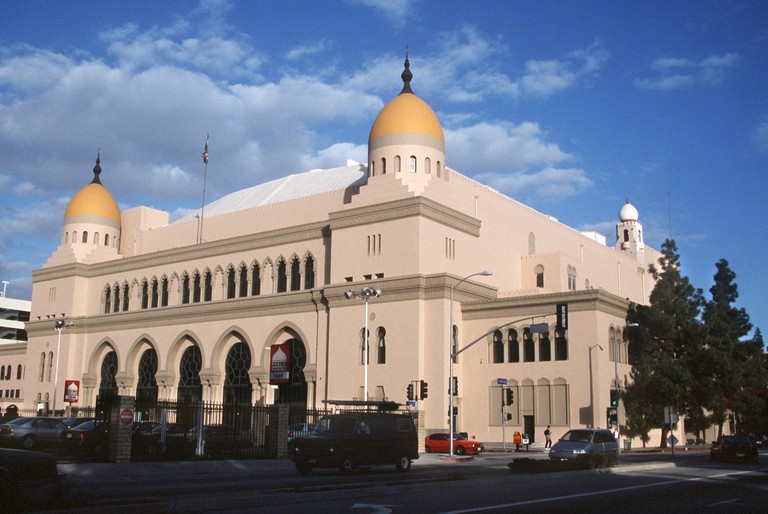 Two of the movie’s stand-out scenes were shot at The Shrine Auditorium: the seminal moment at the Grammy awards where Ally shoots to stardom as Jackson falls from grace; and Ally’s closing rendition of ‘I’ll Never Love Again’. Probably the most prestigious venue on the list, The Shrine has hosted the Grammy Awards and the Oscars on several occasions.

LA’s chicest hotels were used as filming locations in A Star Is Born. The busy kitchen where Ally works as a waitress is thought to be that of the Millennium Biltmore, Downtown LA’s most filmed hotel, and various scenes are shot in the swanky confines of the Hollywood Roosevelt. Ally and Jackson gaze out at her billboard from atop Chateau Marmont, an elegant castle-style hotel with views over Beverly Hills and the Sunset Strip. An enduring symbol of Old Hollywood glamour, Chateau Marmont is a regular in the movies, featured in La La Land and Almost Famous. 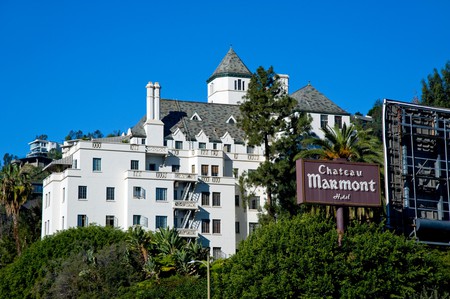 A Star Is Born is out now on 4k Ultra HD, Blu-ray and DVD.