Entrance to the Venice Beach Boardwalk © vmiramontes/Flickr
Innate city dwellers will argue that city life is every bit as good as a retreat in nature. God forbid they should ever leave the crowds and buildings, not even for a quick hike for the ever elusive fresh air. Like Carrie in Sex and the City, city people are nourished by the surrounding people and culture, and seeking out the surprises the city has to offer is all the physical exercise they need. For the city dwellers among you, here are 10 charming locations in Los Angeles for walks and hikes that celebrates the city space, man-made creations and communities.

Walking up the stairs at Walt Disney Concert Hall, you will see one of the arguably most beautiful places in the city—the Blue Ribbon Garden. Clothed in billowing steel curtains, the garden is covered with herbs, forage and edible flowers. The queen of plants in the garden is ‘A Rose for Lily,’ the famous rose-shaped stone fountain designed by Frank Gehry for Lillian Disney, with petals covered in thousands of pieces of tiles and porcelain. The garden also attracts folk musicians and pedestrians looking for more relatable music than the typical concerts. The garden is the place to go if you are looking for a picnic place or a quiet spot in the middle of Downtown. 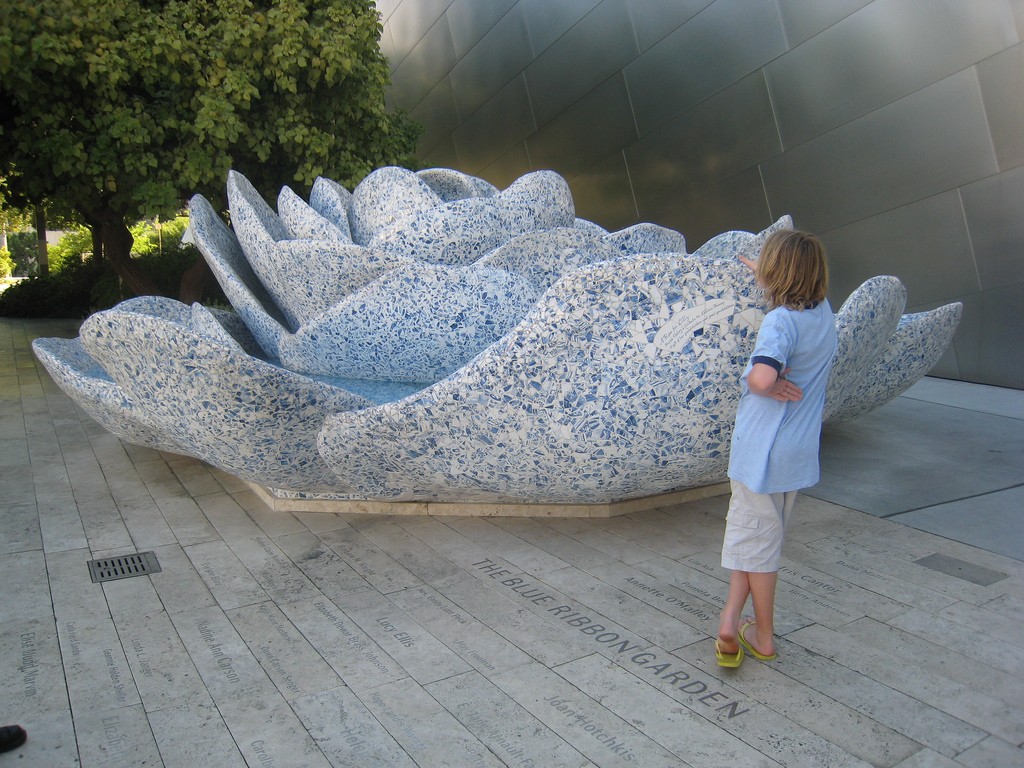 As one of Los Angeles’ first neighborhoods, Carroll Avenue symbolizes the charm and romantic imagination of LA that attracted its initial settlers. The street, the 1300 block in particular, parades Victorian-style houses, many of which are listed as Los Angeles Historic-Cultural Monuments. The stately pastel-colored manors have housed famous people from the late 19th century, including merchant Aaron Phillips and LA’s first City Councilman Daniel Innes. Symbolists would say that the magnificent houses prophesy the glamorous celebrity culture at LA. It is thus only natural that Michael Jackson was drawn to the manors and shot the final scene of Thriller at 1345 Carroll Avenue. 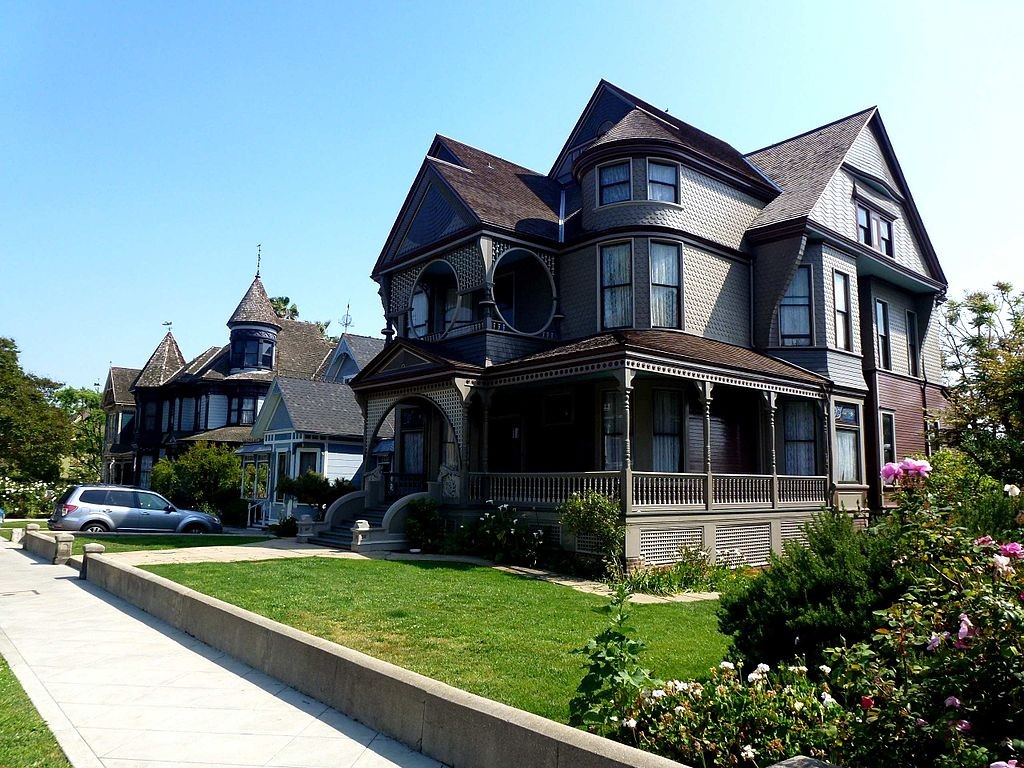 Park
Chinatown, Los Angeles, offers many things to see and do | © Shawn Hempel / Alamy Stock Photo
Book Now
There is simply too much to see, do, and eat in Chinatown. You can jump into the boisterous joy at the Central Plaza, stop by the city’s best dim sum shops, or visit the Chinese American Museum for traditional Chinese art. To get to know Chinatown beyond a first name basis, participate in the monthly guided tour to learn the history of the alleys and visit herbal shops and antique stores. Strolling inside the Taoist Thien Hau Temple, you will find
peace of mind among the solemn stone beams and under the carved wooden roof. Finish your trip at the LA State Historic Park inside Chinatown, where you can picnic near a pond while getting an amazing view of Downtown buildings.
More Info
Open In Google Maps
Chinatown, Los Angeles, California, USA
View menu
Visit website
Visit Facebook page
Send an Email
Give us feedback

Los Angeles is the city with a spunky spirit to flaunt its cement walls. When you confront the Mondrian Wall at Artist & Craftsman Supply, you will be torn between the urge to stroke this no longer pretentious yet phenomenal piece of art, and the need to Instagram it from the other side of the street. The wall, as a part of a series of colorful walls in LA, shows you the genius of LA—channeling high art into pop culture to make space for selfies. It is not clear where the boundary between the grayish city streets and the colorful grids in Mondrian’s painting lies, nor can you tell whether you are located in the city that is turning into art, or whether art is encroaching into the city space and swallowing you.

Highly representative of LA’s coastal fun, Venice Beach also supports a city resident’s love for people-watching and serendipitous purchases. It is Atlantic City for Angelenos, where common people come to load off and appreciate things they normally don’t see or do, like spending hours watching street artists’ performances or having their fortune told. Strutting down the famed Ocean Front Walk (or the Boardwalk), you will see boutique stores, henna tattoo parlors and specialty restaurants. The beach has been a darling to a century of filmmakers, and if you join in a walking tour, the guide will tell you all about legendary movies filmed on the beach such as Heat and White Men Can’t Jump, as well as other fun facts about the beach. 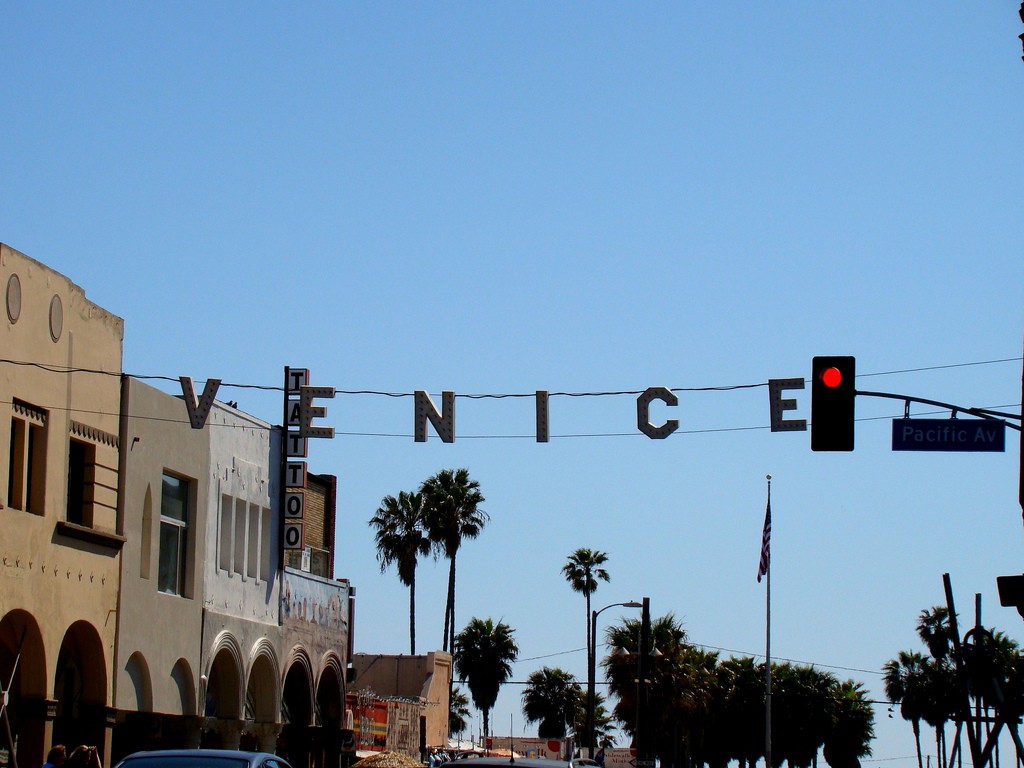 To grasp the sublimity of Los Angeles, take a drive on Mulholland Drive, the 21-mile tortuous road lying on the eastern Santa Monica Mountains and Hollywood Hills. The drive has mind-blowing views of Hollywood and San Fernando Valley, which you can take all in at the Hollywood Bowl Overlook and the Nancy Hoover Pohl Overlook. Hop on your bike and appreciate the city’s beauty at a distance. Go at night and you will see burgeoning city lights, perfect for a romantic getaway. The drive has mesmerized director David Lynch, whose 2001 film Mulholland Drive did the beauty of the highway and the view justice.

Building
The Eames Foundation in Pacific Palisades is the original case study house and residence of architects and designers Charles and Ray Eames | © Stephanie Braconnier / Shutterstock
For those Eames fans out there, it’s about time you visit the Eames House in Pacific Palisades. Designed by the celebrity designer couple Charles and Ray Eames, the house is one in a series of houses that incorporate beautiful and pragmatic modern designs to solve day-to-day problems of a hypothetical post-war couple. The house, which was constructed in two days, has got the whole package—an iconic, pop exterior with colored grids, posh designer furniture, a mission to enhance life in the modern era, and an endorsement from Ice Cube. In his two-minute guide to LA, Ice Cube praised the 1949-style house for its ‘1949 style.’ An extra bonus is the close-by Santa Monica Pier, another signature LA destination.
More Info
Open In Google Maps
203 Chautauqua Boulevard, Pacific Palisades, Los Angeles, California, 90272, USA
+13104599663
View menu
Visit website
Visit Facebook page
Send an Email
Give us feedback

The pinnacle where two of LA’s largest streets, Sunset Boulevard and Santa Monica Boulevard, meet is a cultural scene not to be missed by flâneurs. The low-key, coral-colored buildings and the bohemian air have attracted street artists, musicians and writers, who like to hang out at the gourmet Intelligentsia Coffee. The junction is also known for its outspoken support for LGBT rights, having held one of the first protests in the nation against police harassment of gay bars. Cruising around the buildings, you will see an eclectic array of shops, including a Mexican restaurant, a military surplus store, a comic store and a general store that sells just about everything. A must-stop-by place is Pazza Gelato, which boasts artisan gelato all made from scratch, and daring flavors such as coconut curry and the Plain Venezuelan—velvety cholocalte gelato with a 72% cocoa content. 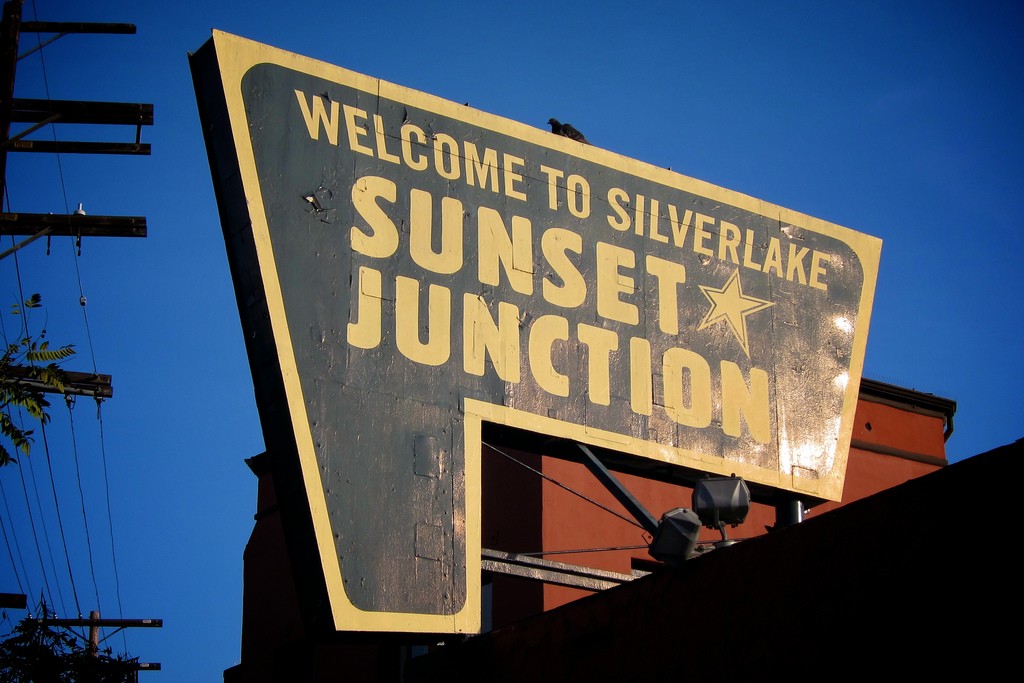 Bridge, Building, Natural Feature, Park
Venice Canal Historic District | © Kilmer Media / Alamy Stock Photo
Book Now
Venice Canals are the Star Trek Transporter that brings you from the hipster Venice Beach to a serene little town somewhere in Europe. They are for sure one of the most aesthetic places in LA for an outdoors walk. The canals have graciously lodged bridges over emerald waters, with European-style houses lining the waterways. As natural as they look, the canals are entirely man-made and are designed by conservationist Abbot Kinney, as a part of his ‘Venice of America’ project. Although the project failed and several canals were filled to build roads, the city polished up the attraction in 1992. Now the district is prettier than ever, and it will be the perfect backdrop of a memorable afternoon.
More Info
Open In Google Maps
Venice, Los Angeles, California, 90292, USA
View menu
Visit website
Visit Facebook page
Send an Email
Give us feedback

Building
Watts Towers | Watts Towers
If you are delighted, inspired or humored to see majestic art made from the cheapest scraps, Watts Towers is not a place to be missed. The 17 connected steel structures, the highest of which shoots 99 feet into the sky, emerged from the hand of one single man, Italian immigrant Sabato (‘Simon’) Rodia. The sculpture, constructed in 33 years, is wrapped in thin loops, and would have seemed industrial and intimidating but for the whims of its creator. Rodia studded it with mosaic pieces of ceramics, glasses and tiles found in the neighborhood, making the sculpture in tune with its original name, Nuestro Pueblo (‘our town’). Walking from one loopy structure to another, you will get a glimpse of the craziest genius that Los Angeles inspires. A random fact: the neighborhood of Watts has the highest percentage of single-parent families in the city.
More Info
Open In Google Maps
1727 East 107th Street, Los Angeles, California, USA
+12138474646
View menu
Visit website
Visit Facebook page
Send an Email
Give us feedback

Outdoors, Instagrammable
Book with our partner and we will earn a small commission.
Give us feedback