How to Make the Most of a Stopover in Doha 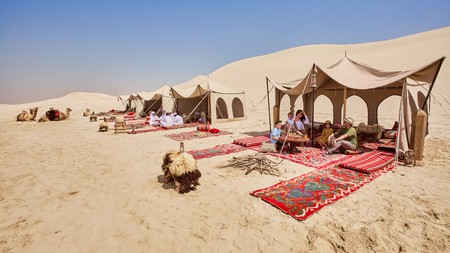 Doha isn’t just for passing through – its rich culture, diverse art scene and second-to-none restaurants are worth taking a few days, or more, to discover.

Stopovers don’t need to be long, uncomfortable waits in the departure lounge, eating bad airport food – instead, break up your long journey with a stopover in Doha, the capital of Qatar. Starting at $14 per night*, the Qatar Airways stopover programme means it’s easy and affordable to make the most of your time in this Arabic city – which is home to surreal desertscapes, space-age architecture and some of the best shopping and restaurants in the region.

Catch sunrise over the city from a hot-air balloon, where you’ll glide past the high-rises of West Bay, and take in sweeping views of the city as it merges into the desert. If a balloon ride sounds too tame, join a tour and whizz over dunes in a contraption such as a gyroplane or paratrike.

Back on solid ground, enjoy a leisurely breakfast on the Pearl-Qatar, a man-made island. Take your coffee al fresco, alongside Venetian-style canals and pretty pastel-coloured façades in Qanat Quartier before moving on to Porto Arabia to explore the boutiques that line the water’s edge. 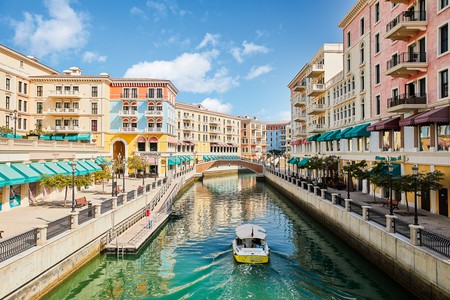 Head back to West Bay for lunch, where you’ll find plenty of restaurants with far-reaching views over the city. Zengo has some of the best and serves pan-Asian dishes such as hamachi tiradito with truffle ponzu and jalapeño.

Afterwards, you’ll be well placed for an afternoon exploring the rich art scene of Doha – the city’s collections of historic and contemporary Arab art are second to none in the region. Start with the Museum of Islamic Art, where you can see exhibits such as seventh-century Qurans and intricate 16th-century carpets. Or, if your taste is for more contemporary pieces, spend the afternoon at Mathaf: Arab Museum of Modern Art, which celebrates the diversity of art created across the region and the Arab diaspora in the 20th and 21st centuries. 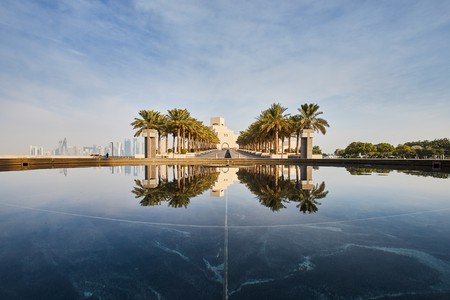 Once the sun starts to set, make your way to Souq Waqif, which comes alive in the evening when the cafes and restaurants buzz with Qatari families and friends; it’s the best place in the city to tuck into Middle Eastern food. Dine at Parisa for Iranian fare in an ornate setting, or Damasca One – one of the best-loved and long-standing restaurants in the souq – to sample Syrian dishes such as kibbeh and smoky muhammara.

Wake up bright and early to experience one of Qatar’s natural wonders on a peaceful kayaking tour through the mangroves just outside the city. Morning is the best time for a tour, when migratory birds that inhabit the delicate ecosystem – including herons, cormorants and flamingos – are at their most active. 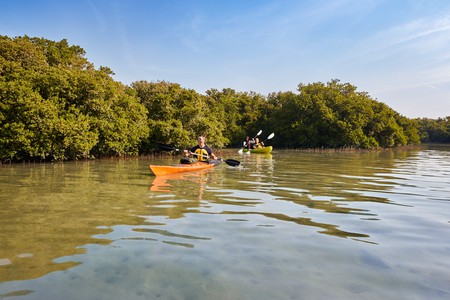 You shouldn’t visit Doha without a tour of the National Museum of Qatar. The building itself is an architectural marvel – designed by French architect Jean Nouvel, the spaceship-like structure has been built around part of Sheikh Abdullah bin Jassim Al Thani’s original, and beautifully restored, palace. Follow the history of the city as you make your way through exhibitions that showcase the natural landscape of the peninsula, the culture of the country and generations-old traditions such as pearling. In the gift shop, you can pick up pieces made by local artists and designers, or splurge on lunch at Alain Ducasse-helmed restaurant Jiwan, where everything from the food to the setting and the ceramics and glassware are inspired by Qatari history and culture. 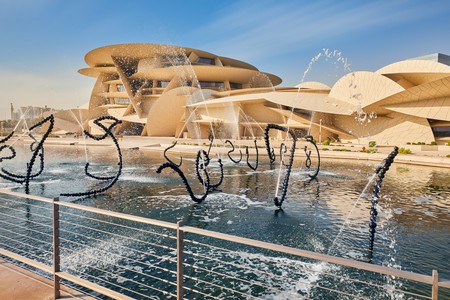 From here, it’s a 10-minute taxi to Msheireb Downtown, which has fascinating free museums where you can step into traditional Qatari houses. There is a collection of boutiques to explore here, too, plus some of the best cafes, espresso bars and bakeries in the city, including one dedicated to cloud-like Japanese soufflé pancakes.

Malls in Qatar stay open late into the night, so the evening is the best time to get your shopping fix. The shops at Mall of Qatar – the biggest in the city – are a mix of regional and international brands, plus innumerable restaurants and cafes, and lively performances in a huge central atrium. If you’re looking for luxury, Al Hazm is filled with elaborately designed boutiques, and outposts of restaurants such as Le Train Bleu from Paris and Mnky Hse from London.

If you’d rather explore restaurants than malls, you can take your pick from the incredible dining scene in Doha. The city has long been a magnet for celebrity chefs, so you can choose from restaurants such as CUT by Wolfgang Puck or Morimoto. There’s an impressive restaurant to match any cuisine you’re in the mood for: sample expertly crafted Peruvian dishes at Coya, dig into towering plates of classic Middle Eastern dishes, such as Jordanian mansaf, at Al Sufra, or order delicate plates of royal king crab dim sum and Chilean sea bass with honey at Hakkasan. 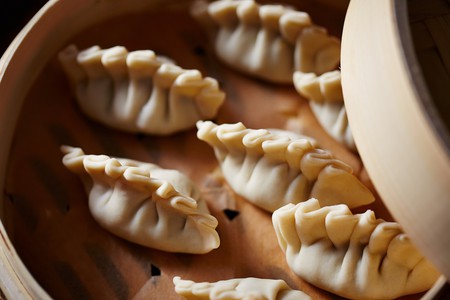 If you have time to squeeze in one more day, leave the city behind and spend it surrounded by the spectacular and surreal desert landscapes of Qatar. There are plenty of tours that combine activities such as camel rides, sand boarding and dune bashing, or you can visit a traditional Bedouin campsite. Richard Serra’s otherworldly art sculpture East-West/West-East shouldn’t be missed – a series of 14m (45ft) high steel planks running for 1km (0.6mi) through a nature reserve. Nor should the inland sea, where you can see towering dunes meet the Arabian Gulf.

Book a table on the terrace at Nobu for your last meal before heading back to the airport. It sits at the end of its own pier with views of the city across the water, which you can admire over platters of sushi and signature lychee drinks. 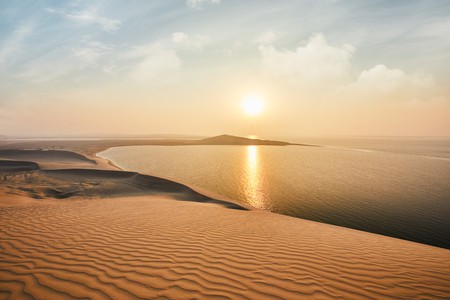 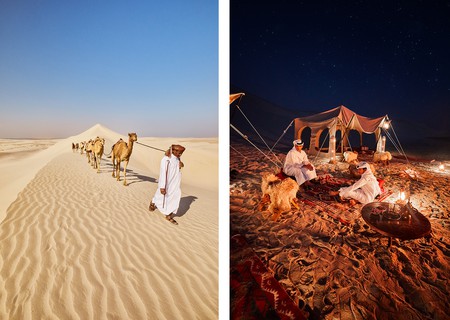 Head out of the city to go on a camel ride, or to learn about the lives of local Qataris at a traditional Bedouin camp | © Aflah P Husssain

Click here to start planning your Doha stopover and learn more about the variety of Qatar Airways packages. You can also check out the benefits of joining the Qatar Airways loyalty programme, Privilege Club.