The Nine Streets Neighbourhood of Amsterdam: A Guide 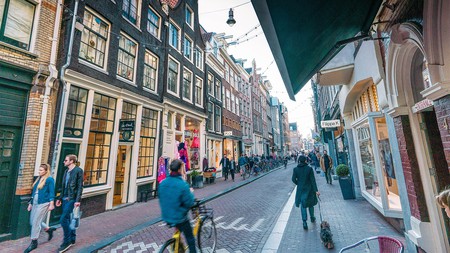 The name of Amsterdam’s Negen Straatjes district translates as the ‘nine little streets’. Chic and central, the area is home to some of the Dutch capital’s smartest boutiques and is dotted with stylish cafes and hotels.

The Negen Straatjes was recognised officially as one of the Amsterdam’s districts in 1997. Djoeke Wessing, an Amsterdam shopkeeper, was a driving force in campaigning for the area – then characterised by independent boutiques – to be granted its own identity. Formed by nine little streets just west of the city’s heart, the district’s name is self-explanatory.

The area lies between the Singel and Prinsengracht canals. Several of the street names are those of animals, a legacy of the area formerly being a base for the tanning industry. Reestraat, Beerenstaat and Runsstraat are the most westerly of Negen Straatjes. Haartenstraat, Wolvenstraat and Huidenstraat are located between the Keizergracht and Herengracht canals. Gasthuismolenstraat, Oudespiegelstraat and Wijde Heisteeg lie just west of Singel.

Situated a five-minute walk from Amsterdam’s Royal Palace, the Negen Straatjes has a hip, upscale feel when compared to the more mainstream vibe of the high street stores on nearby Kalverstraat. Inevitably, there’s been an element of gentrification with several big brands relocating to the district in recent years. Yet the Negen Straatjes remains a location for boutique shopping and hanging out in cafés and restaurants.

Attractions in and near the Negen Straatjes

The waterways running between the streets of the Negen Straatjes district were constructed in the 16th and 17th centuries. Since 2010, the network has been part of the UNESCO World Heritage Site that recognises the significance of the canals in the city’s development. Wealthy merchants had gabled townhouses built along the canals of the city centre during the Dutch Golden Age.

Huis Marseille was constructed in 1665 for the merchant Isaac Focquier. It features a ceiling painting of Apollo and the Muses created by Jacob de Wit in 1730. Photography exhibitions by internationally renowned photographers are shown in the building. 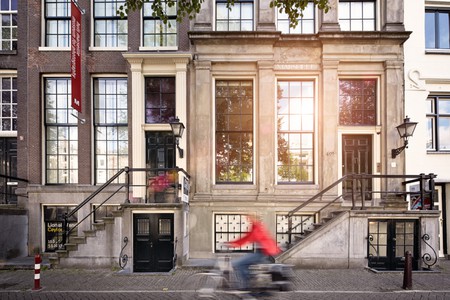 The Anne Frank House, which tells the story of the teenage diarist and Jewish persecution during World War II, is a two-minute walk along Prinsengracht from the Negen Straatjes. So too is the Westerkerk, the church with the tallest tower in Amsterdam. 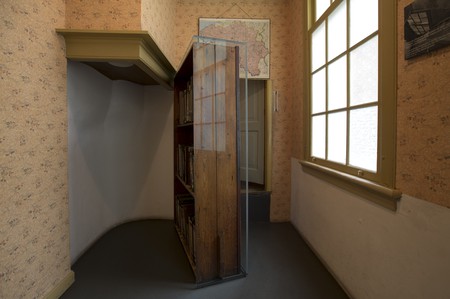 The entrance to the secret annex where Anne Frank hid was covered by a bookcase | © Anne Frank House / Photographer: Cris Toala Olivares

The Bloemenmarkt, the city’s floating flower market, is a two-minute walk along Singel from the southerly edge of the Negen Straatjes. Open from Monday to Saturday, the colourful market dates from 1862.

Top places for a drink in the Negen Straatjes

Exquisite sweets, cakes and pastries are made at the Pompadour premises on Huidenstraat and temptingly displayed in the window. Marble-topped tables are ranged in the compact tearoom beyond the patisserie. Pompadour represents a refined spot for a cup of afternoon tea and, of course, cake.

Prefer something stronger? From 3.30pm to 5.30pm each afternoon Bar Brasserie Occo within the stylish Dylan Hotel serves High Wine as an alternative to high tea. Savoury dishes are served to accompany four different wines. This represents an opportunity to taste dishes prepared by executive chef Dennis Kuipers’s team without paying the prices charged in the hotel’s Michelin-star Vinkeles restaurant.

The Proeflokaal A. v. Wees stocks a range of Amsterdam-distilled jeveners, a gin-like drink, plus spirits and liqueurs from across the Netherlands. Tastings include an opportunity to hear about the spirits’ origins and sip them with snacks. The bar stays open until at least midnight and offers a chance to mingle with locals. 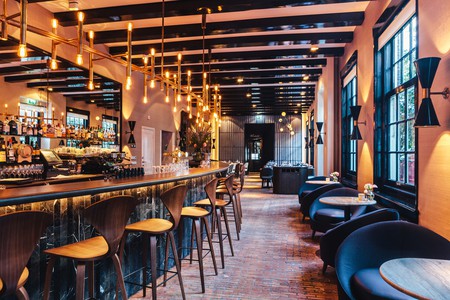 Spots to eat in the Negen Straatjes

The Negen Straatjes has options for casual dining and celebratory dinners.

Moderately priced sushi and sashimi prepared by Japanese chef Yamashita draw in-the-know locals to Kagetsu<. The compact restaurant is open daily until 10.30pm and is a good bet for a late snack.

The four-course lunch served at Bussia represents an opportunity to taste beautifully presented Italian cuisine at a fraction of the à la carte price. The buzzing fine-dining restaurant has a broad selection of wines from the Piedmont region.

Envy shies away from the traditional concept of starters, mains and desserts. Artistically prepared small plates are created by chef Floris van Straalen and his team in Envy’s open kitchen. The eight-course tasting menu served at the chef’s table is one for foodies. 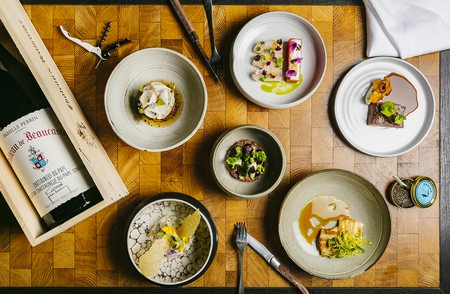 Places to stay in the Negen Straatjes

The Negen Straatjes is home to The Hoxton, a designer hotel with retro rooms. Formerly the residence of Amsterdam’s mayor, The Hoxton has a hip lobby bar that’s popular with locals as well as visitors.

With 225 guestrooms in 25 connected Dutch Golden Age houses, the Pulitzer Amsterdam is a luxury hotel that oozes character and quality. The classic cocktails served in Pulitzer’s Bar make for delicious nightcaps.

The Ambassade Hotel also spans 10 interlinked waterside houses. With 56 rooms, the luxury hotel showcases original artworks by members of the post-war Cobra movement, such as Karel Appel, and works by Amsterdam Impressionists. Booklovers should set aside time to visit the Library Bar and browse signed copies of books by authors who have stayed at the property. 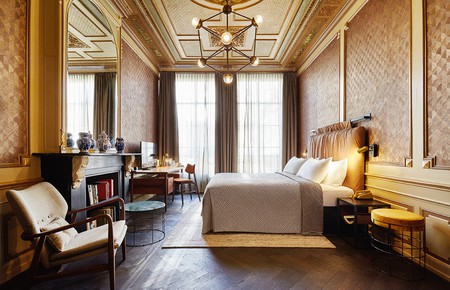 Stand out stores in the Negen Straatjes

Even today the Negen Straatjes is home to stores with wares that represent opportunities to acquire unusual gifts and stylish treats.

The name of De SnuifDuif translates to ‘the snuff pigeon’ but the shop stocks luxury perfumes rather than tobacco products. Evening parties provide insights into the fragrances and their provenance.

The wonderfully named Love Stories stocks designer swimwear and underwear for women plus comfy gear for relaxing at home.

A smattering of vintage stores have premises in the district, including Laura Dols, specialising in clothing from the 1950s. Along with clothes for people of all ages, the shop has accessories and a bridal collection. 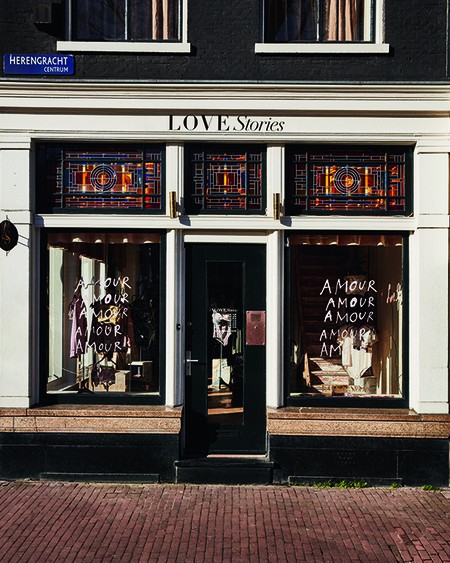 For something completely different…

Book ahead to experience a relaxing flotation session in one of the pods at Koan Float, a serene wellness centre on Herengracht. Immersion means experiencing near weightlessness. Hot stone and deep tissue massages count among the treatments available.