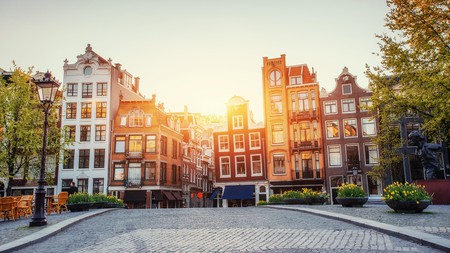 You probably weren’t expecting to find Surinamese food in Amsterdam – it’s a legacy of Dutch colonial times – but this relatively unknown Caribbean cuisine is well worth exploring.

The Surinamese kitchen was influenced by the native Amerindians and the cuisines of those who arrived in this South American country from all over the world including the Dutch, Portuguese, Indian, African, Javanese and Chinese, among others. Blending the bland with the spicy an using indigenous fruit and vegetables created a unique melting pot cuisine – one you should certainly seek out when visiting Amsterdam. 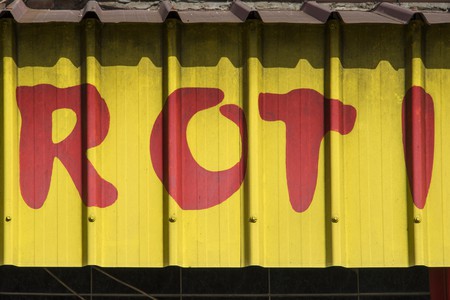 Like many locals with Surinamese family background, the three sisters Martha, Aretha and Moreen Waal were born in Amsterdam to Surinamese parents who came here looking for work in the 1960s. “We were raised by our sweet Surinamese mother, who (along with our grandmother, aunts and great-aunts) passed along a love of the Surinamese kitchen to us,” says Martha Waal, co-author of two Surinamese cookbooks.

One of the best ways to get to know Surinamese cuisine is to try some of its best-loved dishes. “The people from Suriname came from everywhere, and food is what brought them together. This is a country where you can see all the influences next to each other on the plate,” explains Martha. Wholemeal flatbreads roti came from India. Pom, a festive tayer root dish, came from Portuguese-Jewish plantation owners after the Portuguese potato-based dish, pomme de terre. “If I had to recommend five things you absolutely must try to understand Surinamese food, I’d say roti and pom, of course, and also broodje bakkeljauw (salted cod sandwich), chicken pie and our famous ginger beer,” says Martha. 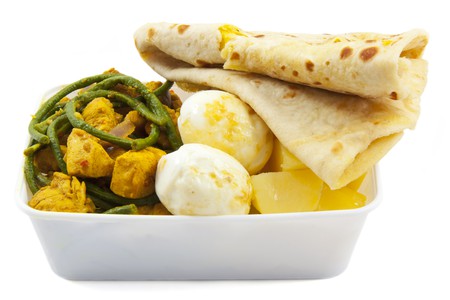 Roti is a wholemeal flatbread, while pom is made from tayer root | Getty Images

“My mother would always tell me about the healthy Surinamese vegetables,” Martha remembers. “Every dish starts with a little bit of tomato, some onion and a lot of love. Here in Amsterdam, she had to get her vegetables from the Albert Cuyp market and Dappermarkt, but back in Suriname she always said that her garden was her fridge; she could just walk into it and pick what she needed for dinner. Like my mom, I like to cook myself, but when I’m out at the Dappermarkt in Oost, I like to go to the authentic Javanese-Surinamese eatery Warung Sranang Makmur and Surinamese-Asian restaurant Lalla Rookh. For roti, we like Roopram Roti, where there are often long lines outside.” 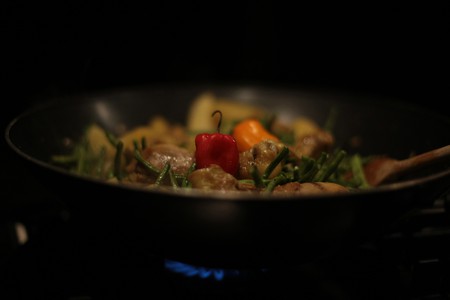 A few other favourites tipped by the Waal sisters include Bean There in Diemen-Zuid, Padjak de Smeltkroes 2.0 in Zuid-Oost and Kam Yin, which is great with kids. “I’d also like to tell people to go explore the Bijlmermeer because there are markets with all kinds of Surinamese vegetables and tasty Surinamese restaurants like you can’t imagine,” says Martha. 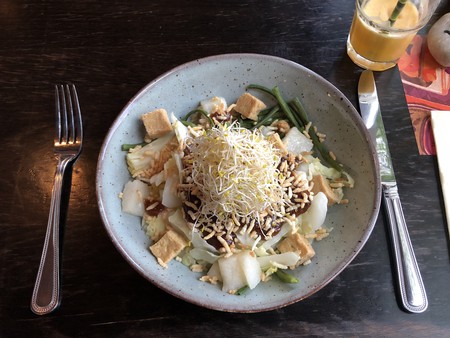 “After our mother passed, we wanted to find a way to cherish the stories she told us about Suriname, and to pass on recipes from this beautiful, varied cuisine to the next generation, so it’s not lost,” says Martha. “This led to the creation of our two SuriMAM cookbooks, named for our initials but also the Dutch word for mother”.

The sisters have followed up the success of their cookbooks (currently available in Dutch only), with Surinamese cooking workshops and catered boat events that combine Surinamese cooking and live soul music with a boat tour along the Amstel and IJ rivers.