Why You Can No Longer Cycle With Your Phone in Amsterdam 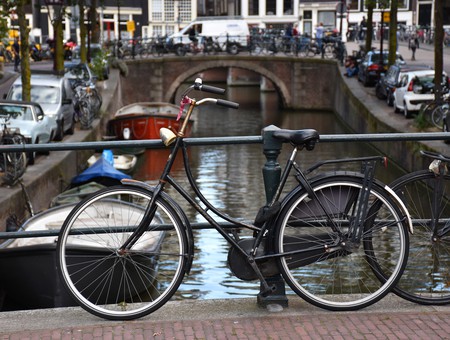 To reduce traffic accidents, the Dutch government intends to make it illegal for cyclists to use their mobile phones on the road. These new restrictions will likely come into effect in summer 2019.

Whereas other road users, such as motorists and lorry drivers, have been prohibited from using mobile phones while behind the wheel since 2002 in the Netherlands, cyclists are currently free to call, text and scroll as they ride. In most Dutch towns and cities, cycling is the main mode of transportation for many residents and it is often said that bikes outnumber humans in the Netherlands. More people than ever are currently using pedal-power to get around and recent estimates suggest that one out of four journeys in the Netherlands are made by bike. 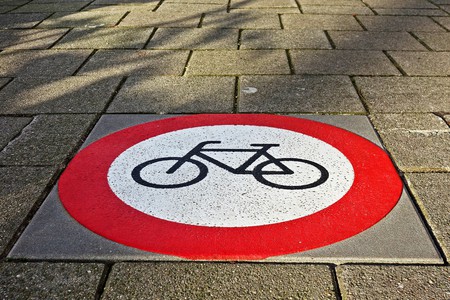 A sign for cyclists in the Netherlands | © MabelAmber / Pixabay

Even though cycling has positive effects on health, the environment and cities in general, its popularity in the Netherlands has its downsides. For one, many cycle paths in larger urban hubs like Amsterdam regularly experience overcrowding and become notoriously congested during rush hours. While accidents are relatively uncommon, they do happen and often occur in busy areas, frequented by legions of cyclists every day. According to the Dutch government, traffic accidents involving bikes have risen significantly over the past decade, possibly due to overcrowding, coupled with increased mobile phone use among cyclists.

Research conducted by the government indicates that a significant percentage of cycling accidents are caused by reckless mobile phone use, in one way or another, particularly among people aged between 12 and 25. Furthermore, opinion polling suggests that around 75% of Dutch residents believe that cyclists should not be allowed to ride while actively engaging with their phones. With this in mind, the government has decided to push forward the aforementioned ban, which would outlaw mobile phones on the road altogether. 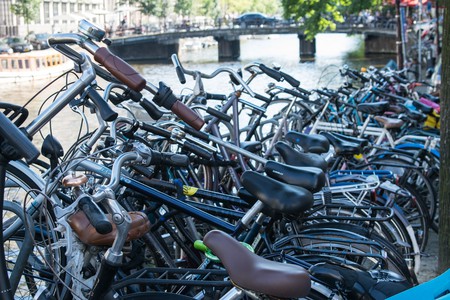 According to reporting by The Guardian, one of the key advocates of the ban, Dutch infrastructure and transport minister Cora van Nieuwenhuizen, explained that “[A] phone is just as dangerous on a bike as it is in a car. [T]he fact is that whenever you’re on the road you should be paying full attention and not doing anything at all on a phone”. She also told daily Dutch newspaper Algemeen Dagblad that “This decision sets a clear standard: if you drive a vehicle in traffic, whatever the vehicle, you do not need to hold a mobile electronic device”.

Essentially, the ban will extend the scope of the restrictions on phones that already affect other road users and ensure that cyclists abide by the same rules as motorists, meaning that anyone caught using their mobile device while travelling will face a fine of €230, regardless of whether they are driving or cycling. Just like motorists, cyclists will be permitted to take calls on hands-free headsets, so long as their phones aren’t in their hands or directly in front of them. The regulations also won’t impact anyone who interacts with their phone while properly parked. If everything goes ahead as planned, the proposed ban will come into force on 1 July 2019.