The Red Light District in Amsterdam: A Brief History 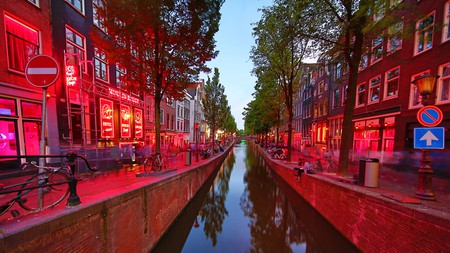 More than just flirtatious window dressings, Amsterdam’s red-light district can be traced back to the city’s earliest days. Despite its 800-year history, the neighbourhood – also known as De Wallen – is in danger of being shut down.

Amsterdam’s De Wallen neighbourhood, better known as the infamous ‘Red Light District’, is one of the city’s oldest. Located at the city’s centre, De Wallen has become a major draw for tourists both for its unique hospitality and 800-year history.

Lacquer-red lights illuminate the neighbourhood’s storefronts where sex workers display their wares, but De Wallen is more than just a dream destination for lads on tour. As Amsterdam’s historic centre, the area also boasts a number of museums and the city’s oldest building, the aptly named Old Church. 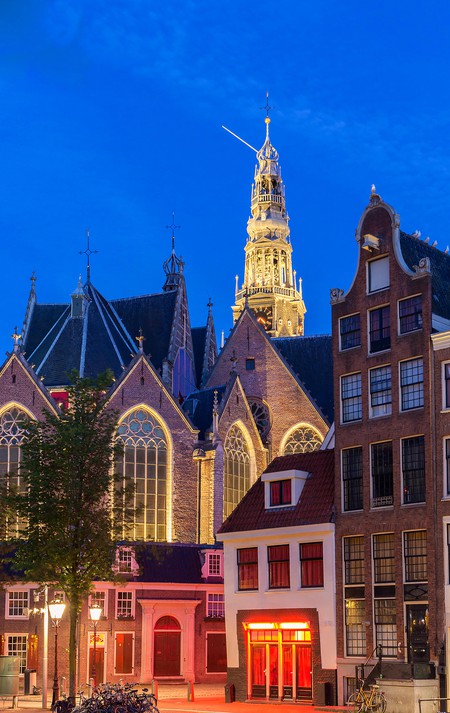 What is the history of the Red Light District?

While the moniker ‘Red Light District’ is most readily associated with Amsterdam, historically the term refers to any city district known for being a den of vice. ‘Red Light District’ became shorthand for areas with high concentrations of sex workers in the 19th century when brothel-owners began to use red gas lights to discreetly alert potential customers to the true nature of their business.

De Wallen first emerged in 1270 after a bridge was built to connect the city’s islands. Initially a trading port, sex workers were found in De Wallen from its earliest days, their most regular clients were sailors who brought the spoils of the Dutch Empire to the city’s shores.

As the Dutch Empire expanded and international trade brought wealth to the canal-laden city, Amsterdam swelled in size. De Wallen soon became densely populated and gained an unsavoury reputation. During the late Medieval period, married men and priests were forbidden from entering the region for fear they would be corrupted by it.

Is sex work legal in Amsterdam?

Sex work has always been present in De Wallen but its existence has been the subject of debate, fluctuating between reluctant acceptance and rabid persecution. Initially sex work was accepted though frowned upon, but following the Dutch Revolt in 1578 new Protestant leadership in the Netherlands outlawed the practice.

Sex workers were forced to take their trade underground, often represented by madams who operated brothels thinly disguised as legal businesses like boarding houses. When Napoleon’s army came to Amsterdam in the 19th century, these underground brothels were often frequented by his soldiers.

Wanting to keep his troops happy, the infamous dictator lifted the ban on brothels and instituted health checks on sex workers to ensure venereal disease wouldn’t affect his men. Brothels operated openly until a new ban against their operation was instituted in 1911.

Sex work itself remained legal, and it was during this period workers began to use curtained storefronts to subtly beckon potential customers. Today, a visit to Trompettersteeg – the narrowest street in the world measuring one metre (three feet) across – is one of the city’s original alleyways where sex workers would solicit through curtained window-fronts. 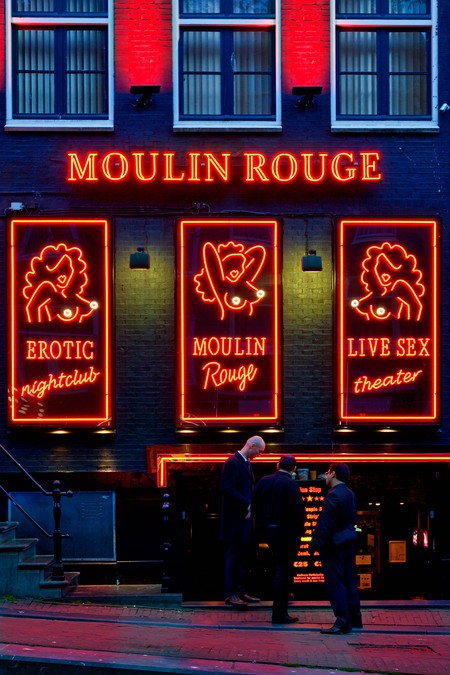 While the industry still suffers from a lot of exploitation, decriminalisation allows sex workers to operate legally and has often been regarded as a way to ensure the safety of workers and their clients. With the Netherlands’ acceptance of sex work as a legal profession in 2000, workers are able to benefit from social programs they would be excluded from if the trade were still classified as illegal.

But sex work in the city is still the subject of debate. Some of Amsterdam’s residents and politicians think that De Wallen’s unique attractions have made the area too congested. In 2019, Amsterdam’s mayor suggested closing down sex work in the area, to the dismay of many workers.

That’s not to say the congestion hasn’t hurt sex workers too. General misinformation about the nature of their work often leads to poorly behaving tourists not respecting the area as a business district. Sex workers have issued complaints about tourists snapping unsolicited photos and driving business away.

Those looking to learn more about sex work can visit centres like the Prostitution Information Centre (PIC) to inquire about local tours, laws and information about the role of sex work in Amsterdam. Founded by former sex worker, Mariska Majoor, the organisation works to reduce stigma about the profession and provide assistance to sex workers. Institutions like the Museum of Prostitution and the Sex Museum also offer an insight into the history of the profession and its role in Amsterdam.

What else is there to do in the Red Light District?

As the historic centre of Amsterdam, De Wallen also offers a wealth of museums, historic sites and the city’s famous cannabis coffee houses – though those looking to have a chilled-out time would be better off sampling the coffee houses outside the city centre.

One of the most remarkable historic sites in the area is Oudekerk – translating literally as ‘Old Church’– which was built in 1213. The original wooden church was replaced by a stone chapel in the 1300s and was the site of the ‘Miracle of Amsterdam’ in 1345. Today a commemorative event is held each year in mid-March and the church serves as a site of historic and artistic exhibitions.

Visitors to De Wallen can also enjoy a visit to Nieuwmarkt (New Market) which has been operating since the 17th century. Vendors sell a variety of products including jewellery, fresh produce, artisan crafts and food. On King’s Day in May, this market square is also at the heart of festivities. 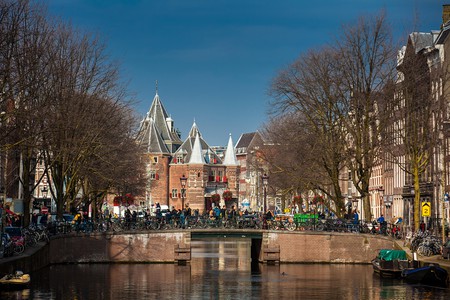