What Time of Year Should You Visit Bucharest? 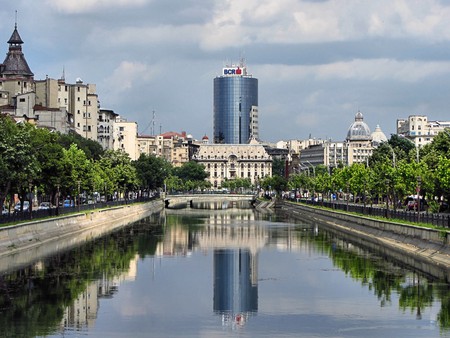 View of central Bucharest over the River Dâmbovița | © Alexandru Panoiu

The best time to visit Bucharest is right now. An attractive destination year-round, Bucharest is equally charming in spring when flowers are in bloom, at the height of summer, when everyone flocks to the city’s many outdoor cafés and terraces, in autumn, when it is covered in colourful leaves, in a winter wonderland under heaps of snow. Here’s how to make the best of your trip to Bucharest, month by month.

Come to Bucharest in January and you have a real shot at practicing your snowmen skills. If visiting in the first week, you’ll be able to witness or take part in some very old local traditions. On January 6, for Epiphany, an old ritual sees young men jump into icy cold waters to retrieve a cross thrown by a priest. Head to the banks of the River Dâmbovița early in the morning to witness the religious ceremony, and, should you wish to practice a local custom yourself, make sure to obtain a sprig of basil before you go to bed. Simply buying it from the supermarket won’t do. Instead, make sure you find some that’s been made holy by a Christian Orthodox priest, as only then will it have the power to show you your betrothed in your sleep, if you slip it under your pillow. The next day, head to the pub as the atmosphere is bound to be merry. No less than two million Romanians celebrate their name day on St John the Baptist Day, on January 7.

In Bucharest, much like everywhere else, February is the month of love. In fact, here it happens twice. Valentine’s Day is celebrated on February 14 with flowers, chocolate, and parties, especially in the Old Town, the city’s party district. 10 days after, on February 24, love takes the stage again for Dragobete, the Romanian take on the popular US holiday. Celebrated since ancient times in the countryside, it has seen a revival of late and has retaken its place in Romania’s holiday calendar. In February, temperatures stay low and usually the snow still covers the streets, so do bring your warmest clothes along, including windproof pieces.

To many, spring is the time when the city is at its best. The days are longer and warmer and the city’s parks and terraces become very popular spots. But the battle between winter and spring is still ongoing and during March you still can’t tell who will prevail. Make sure to bring along warm clothes and plenty of layers. March 1st marks the arrival of spring and Romanians celebrate it by wearing mărțișor, a small handmade object worn as a brooch by women. This tradition is still popular in Bucharest and, in central areas, you’ll walk past numerous stalls displaying thousands of such handcrafted treasures. But come March 8, all eyes will be on flowers, because on this day Romanians celebrate Women’s Day by gifting bouquets to teachers, mothers, grandmothers, daughters, girlfriends and others. One of the city’s main cultural events, the One World Romania documentary festival, takes place mid-month. 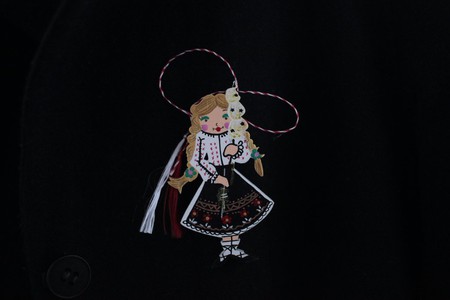 One of the best times to visit the city is around Easter. Although the dates vary, it usually falls sometime in April. The skies are bright, temperatures very friendly and, after the culinary austerity of Lent, Romanian food lovers can rejoice, as the local cuisine offers its best treats. Around Easter you will be able to sample the most popular Romanian dessert, cozonac, a sweet leavened bread filled with cocoa cream, walnuts and raisins which you can pick up at Bucharest’s best bakeries. This is also the best time to buy beautifully hand painted eggs, one of the best souvenirs you can come across in Romania. But the most fun tradition you can partake in is ‘eggs knocking.’ Starting on Easter day, Romanians knock together Easter eggs in a sort of a contest to see which one is left intact, while exchanging the news that Christ has risen. 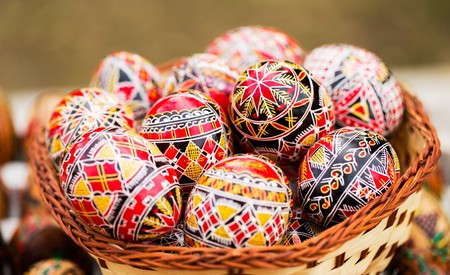 In May, Bucharest’s parks are in bloom and the city is at its most welcoming. Come on May 1st and feel like you have the whole city to yourself. Traditionally a public holiday, many of the city’s inhabitants leave for the seaside or go to the mountains. In May, Art Safari, the city’s annual flagship art event, sets up a meeting between up-and-coming artists and the public. If you’re a burger lover, definitely head to Bucharest this month: Burgerfest, one of the city’s big culinary festivals, takes place amid concerts by the best bands in the country.

June spells the beginning of summer. The weather gets warmer and the locals start taking advantage of the long evenings by flocking to the many terraces dotted around the city. The city’s party district, the Old Town, attracts many with its buzzing restaurants, bars, terraces and rooftops. From now until late autumn, its cobblestoned streets are full of locals and tourists alike, who head there to party until the early morning. As the sun can be quite strong, when visiting in summer make sure to bring light clothes and wear sunscreen when sightseeing. Also, on hot days, make sure to include the city’s parks and museums in your itinerary.

At the height of summer, Bucharest gets hotter and hotter. From now until August, this is the time when the locals take their holidays and head mainly to the country’s mountains and the seaside resorts at the Black Sea. But that doesn’t mean the city is empty just yet; indeed, Bucharest starts developing a double life. By day and until the evening, the city’s life happens around the many restaurants, terraces and swimming pools. At night, the clubs and late-night terraces take over, making Bucharest one of the party capitals of Europe. The summer months are a great time to discover the city’s many markets, and enjoy the variety and freshness of local produce.

In August the city is at its emptiest, so make sure to do as the locals do and combine life in the city with a stint at the seaside or the mountains. With Brasov and Sinaia as well as other seaside resorts only a couple of hours away, you’ll have the best of both worlds. The natural parks and monasteries located near the city also make for good destinations, particularly on hot, dry days. The second weekend of August also brings along another great opportunity to relax. For two days, the Stirbey Estate at Buftea, near Bucharest, hosts Summer Well, one of the country’s alternative music festivals.

Were you in the crowd last year? Let’s do it again! 👊🏻 #summerwell

With the arrival of September, Bucharest starts picking up after the summer and an upbeat vibe is immediately apparent. The city is lively again and, after doing everything they can to escape the hot days, the locals now do their best to extend the summer. One of the main cultural events of the year is the George Enescu Festival, a classical music celebration which takes place over the whole month and brings the best philharmonics in the world to Bucharest. In September, the weather usually stays mild. But hot days are few and far between, making this the best month to visit Bucharest. 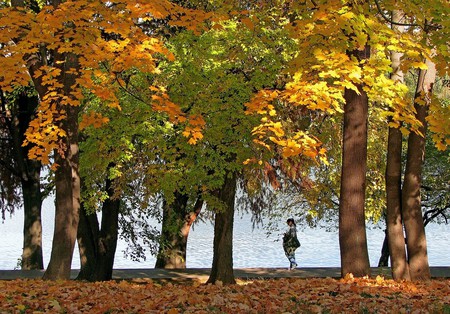 Bucharest is usually pretty quiet in October. Autumn can put up quite a show in the city’s parks and botanical garden and traditionally these spaces host fairs showcasing a wealth of produce, from fruit and vegetables to homemade jams, pickles and other delicacies. But with days becoming greyer and shorter, all activities gradually move back indoors. Shift your focus by visiting Bucharest’s museums, art galleries, churches and memorial houses. As the weather starts to get chilly, it’s best to bring lots of layers and an umbrella.

With nothing much going on outside, November is the perfect month for indulging your senses. Start your initiation in Romanian cuisine by exploring Bucharest’s best restaurants, some of which are lifting the country’s hearty homemade-style cuisine to fine dining status. For before or after a delicious meal, there’s hardly anything more relaxing than a day spent bathing in thermal waters at a constant 33 degrees Celsius between palm trees and orchids. Therme, located a half hour’s drive from Bucharest, is one of the city’s go-to places when the skies turn grey. If visiting towards the end of November, do not miss the city’s book fair Gaudeamus, one of the main literary events in the whole Eastern Europe. The last day of the month brings St. Andrew’s Feast, when it is customary to rub garlic on doors and window sills to protect those inside from evil spirits and vampires. 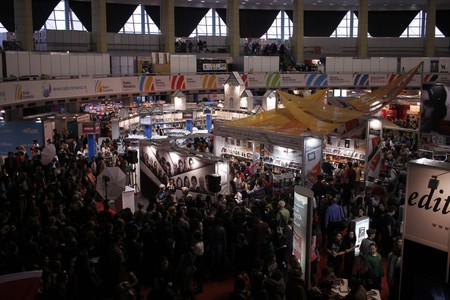 December is a great time to visit, if you are prepared to face temperatures of up to -25 degrees Celsius. Luckily, Romanian cuisine has a lot of remedies for such weather, including hearty pork dishes and boiled țuica and mulled wine. On December 1, the city turns festive once the Christmas lights are on. The day also marks Romania’s National Day, so make sure to grab a great spot near the Arch of Triumph to catch the colourful parade. With Christmas approaching, Bucharest hosts plenty of designer and arts and crafts fairs which are perfect when looking for traditional souvenirs. If you want to ring in the New Year alongside the locals, be prepared for a more than friendly welcome, but make sure to book in time, as venues get sold out months ahead.

When not to go to Bucharest

Although you’ll always find something interesting to do in Bucharest, if you’re not too fond of extreme weather, avoid the month of August when temperatures go up to 40 degrees Celsius and January, when sometimes they can go down to -25 degrees Celsius.