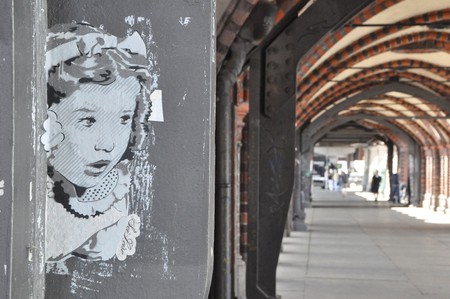 Hidden art is all around Berlin | © Lenalensen / Pixabay

Berlin is known for its underground culture and its secret spots. When it comes to quirks and hidden gems, the city’s balance of urban cool and green, open spaces makes it the perfect place for secret escapes, hidden watering holes and underground art and culture. Here are the 15 spots in Berlin that the locals don’t want you to know about.

The Tempelhof railway yard is where forgotten technology and nature meet, providing a strange oasis, rich in nature and abandoned relics. The deserted industrial area was shut down gradually after World War II and has since become a jungle forest that can be explored on foot. Abandoned water towers, trains and railways can be found within the park and visitors will feel as if they have been transported back in time. 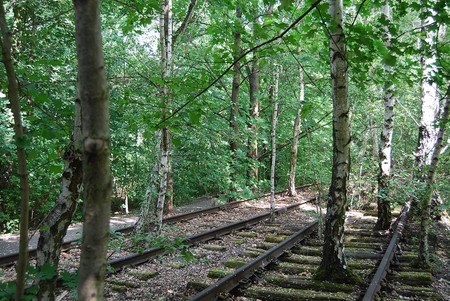 A cult gallery space and small concert venue, West Germany is a hidden hangout that is impossible to find unless you’re in the know. The clandestine space has no website or official Facebook page; instead, the former dental surgery turned no-frills art space attracts locals and artists by word of mouth and with their eclectic, acclaimed programme. The events range from underground indie bands to edgy performance art. Hidden among the 70s-inspired buildings at Kottbusser Tor, West Germany can be found by looking for the door covered in stickers and a sign reading ‘Schatz EV Schulaufgabenzirkel’; from here, you need to take the graffitied stairs up to the second floor. 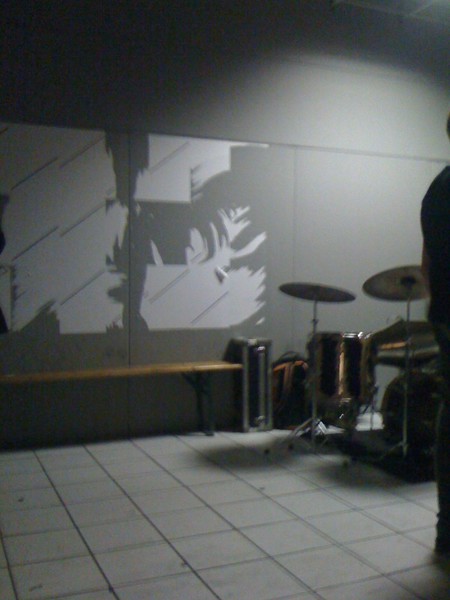 Pfaueninsel, or ‘Peacock Island’, and its palace are romantic gems on the River Havel. Close to Potsdam, the island houses an idyllic white castle and lush sprawling parklands, with roaming peacocks. The River Havel island was settled thousands of years ago and is rich with history stretching back to the 17th century. The tranquil island has many stunning walks, and as well as the famous peacocks, it is also home to a range of wildlife. The UNESCO World Heritage-listed island is easily accessible from the city centre by S-Bahn to Wannsee, and then by bus and ferry, costing €2 each way. Its lovely woodlands and meadows are the perfect place to escape the bustle of Berlin for a romantic escape. 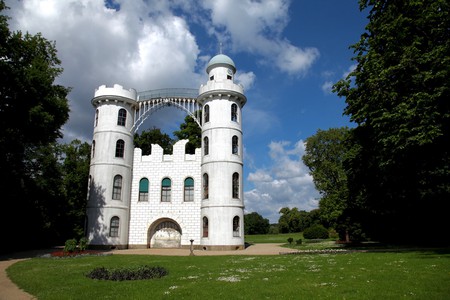 The Stand by Me tree

Hidden in the abundant greenery of Berlin’s Tiergarten is a romantic surprise. Just off the main walking trail are two trees with the opening lyrics to Ben E King’s Stand By Me carved onto their trunks. The song’s opening lyrics have been lovingly carved onto the first tree beside the Großer Weg pathway, close to its intersection with Großer Sternallee; the song’s chorus, meanwhile, can be found on a nearby trunk located off a small pathway leading off Großer Sternallee. It’s still a mystery who decided to engrave the sentimental tribute, and when. 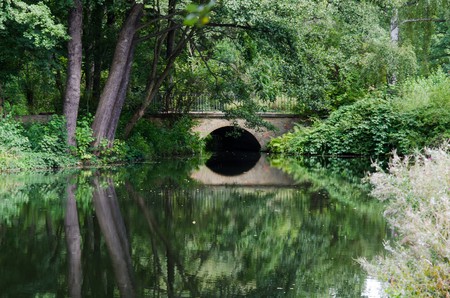 Can’t get into Berghain? Luckily, just around the corner is Berlin’s smallest disco, and this secret spot has no bouncers or line. The teledisko is a ‘club’ inside a phone booth in the nearby, uber-cool RAW Gelände; among the graffitied urban stretch of buildings is a gold phone booth, doubling as a disco. The tiny cubicle plays a song of your choice, while fog machines, strobe lights and a disco ball set the mood. The party can be enjoyed solo or with a few friends, to lift your spirits and get visitors ready to party like Berliners. 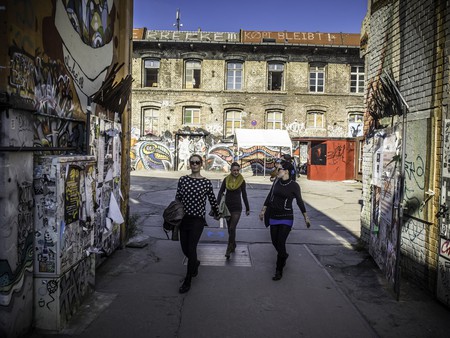 A surrealist underground world is hidden in Berlin’s central neighbourhood, Mitte. Monsterkabinett was created by the Dead Chickens artist collective and is inhabited by an assortment of mechanical robot monsters, assembled as a computer-controlled art and sound installation. The entrance can be found in the second courtyard of Haus Schwarzenberg by climbing the spiral staircase.

Located about 30 kilometres (19 miles) northeast of the heart of Berlin, Straussee is a beloved escape for locals in the winter and summer. Encompassed by a charming small town and a dense forest, this lake is a favourite spot for hiking, swimming and taking a break from the pace of the city. It’s the perfect Sunday escape and you’ll find Berliners here all year round, soaking in the relaxing ambience and fresh air. 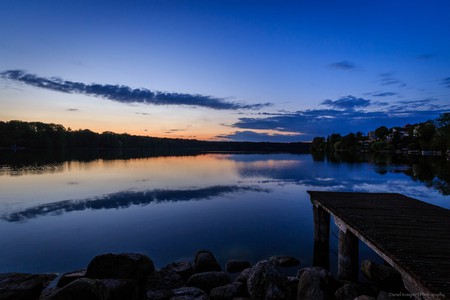 Fahimi Bar is an industrial-chic speakeasy hidden among the lively bars and nightlife of Berlin’s Kreuzberg neighbourhood. This secret gem serves some of the city’s best cocktails, and its interior is a mixture of dark wood and candlelit tables paired with exposed pipes and an industrial edge. To enter, guests locate an unmarked, sticker-covered door and head up a graffitied stairwell; upon their arrival, visitors are greeted with ambient electronic beats and an impressive cocktail menu. 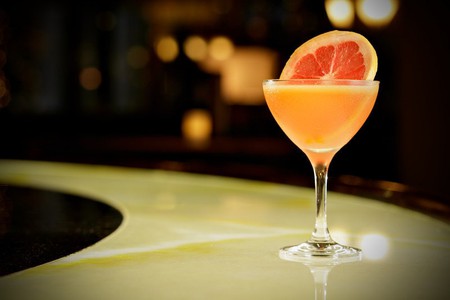 A slice of country in the city

Dotted across Berlin are the city’s allotment gardens, offering apartment-dwelling locals the chance to get some fresh air and use their green thumbs. Often sandwiched between railway tracks and residential streets, these quirky spaces pique the interest of passersby. Among these gardens, Charlottenburg’sBahn Landwirtschaft is particularly special; it’s accessible via a nondescript gate, and the garden’s clubhouse/café/pub is open to the public. Visitors can spend an afternoon wandering the fragrant gardens and resting their feet at the old-school pub, treating themselves to a couple of beers and an idyllic rural atmosphere, all without leaving the city. 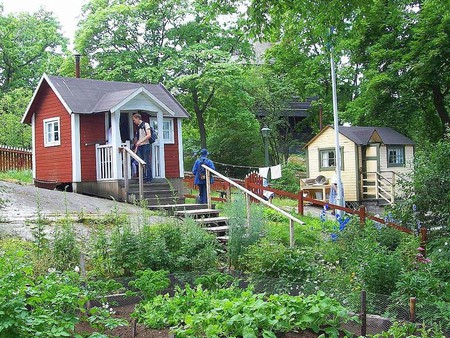 Berlin’s vegans and vegetarians are well catered for, as the city is brimming with amazing meat-free joints. Cookies Cream is the city’s chicest herbivore haven, but this high-end vegetarian restaurant isn’t easy to find. Its entrance is reached via the Westin Hotel’s service alley, leading to an industrial-chic loft. Once inside, you’ll be treated to Berlin’s finest meat-free dishes, which are a delight for the eyes and palate. However, if you are craving some meat, you can visit Crackers, which is run by the same team and is located in a former cinema below. 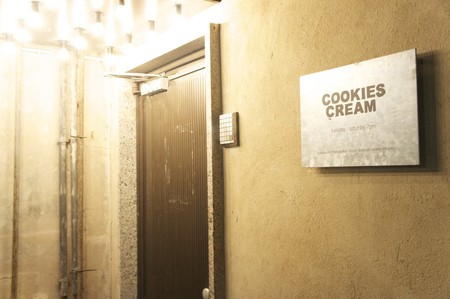 Located in Berlin’s central neighbourhood Mitte is a unique window into the past, Ballhaus Berlin, a survivor of the city’s racy Weimar Era. Hosting a range of events and ballroom nights, it’s the perfect place to put on your dancing shoes and spend a night partying like it’s 1920. However, the main attraction is the Tischtelefonen (‘table telephones’) that are placed on the tables to let guest flirt with each other without even having to stand up. 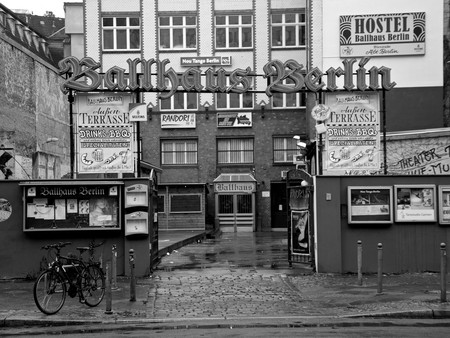 Each week in the basement of Du Beast, a cosy bar in Neukölln, hordes of Berliners crowd into the space to be wooed by the spoken word. Hosted by Berlin Spoken Word, the night is an open space for everyone to share their stories, poetry and musings. From the tear-jerking to the knee-slapping, this night always offers a wide selection of spoken-word performances every Thursday night, and is beloved by locals and visitors in the know. 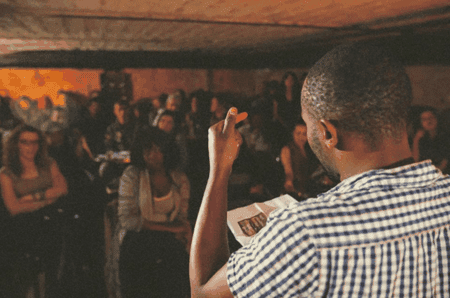 Located in a quiet part of Mitte is Eschenbräu, a locals’ favourite and hidden gem offering amazing beer and a Flammkuchen restaurant. With 20 specialities, this small brewery offers a beer for everyone, with quirky names like Amber Rocket and Wedding Crossover. The modern brewery also has a huge courtyard, making it the perfect spot for a few beers in the warmer months. 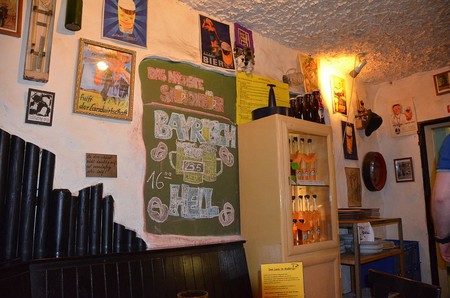 Inside the brewery’s restaurant | © Dtuk / WikiCommons

Housed in a former 19th-century brewery is La Soupe Populaire, a unique dining experience amid the raw brick and exposed pipes and steel. From top Berlin chef Tim Raue, this dining experience combines art and culinary delights, offering creative dishes that celebrate the soulful comfort food of German home cooking. Guests can finish off a night of lavish dining with an amazing cocktail amid Hansel-and-Gretel decor in the adjacent Le Croco Bleu bar. 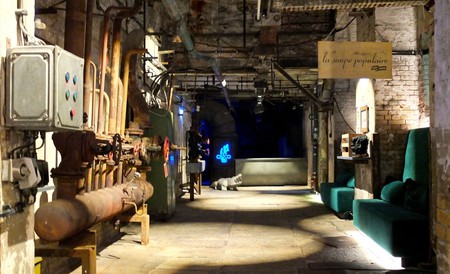 Coffee in a crane

Hidden among industrial buildings on the Spree is a truly unique Berlin café. Kranhaus Café is housed in a brick building with a large crane on its roof, with its exterior lending a nod to the underdeveloped area surrounding the café; its interior is light, airy and inviting. Serving up amazing coffee and baked treats, this local gem has a laid-back atmosphere and is certainly off the beaten track.

Where can you find the best graffiti in Berlin?