6 Female DJs from Europe Who Are Killing It Right Now 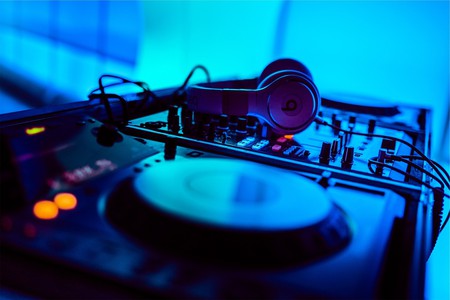 In an overwhelmingly male-dominated industry, women rocking it behind the turntables don’t often get their rightful recognition. From techno queens to hip-hop beauties, here are six female DJs whose talent, taste, style and commitment to the art are redefining the boys’ club behind the decks and holding their own as the head of the dancefloor.

Hailing from Ireland, Annie Mac snagged a gig as the host of BBC Radio 1 show in 2004, and has since established herself as one of dance music’s most important tastemakers. With more than a million listeners tuned into her Friday night show at any given time, this lady of sound is killing it as both a prolific DJ, presenter and stalwart of UK dance music

From making bedroom hip-hop from the age of 15, through to winning awards and nominations at the Ibiza DJ Awards – not to mention bagging DJ Mag’s coveted Best Breakthrough Producer title – London-born Maya Jane Coles is up there with the best. A strong current of house music runs though her own productions, although she is known for her versatility, energy and creativity that opens her to experiment with more bass-heavy and dubstep sounds.

Russian-born DJ, singer, and producer Nina Kraviz is a a force to be reckoned with. Her DJ sets are deep, dark and pulsating, and she also happens to own her own record label. She is passionate about imperfect sounds, putting out raw tech-house and acid house, and mixes the strange and the unclear to create music with character. In 2012 she released her debut album, before founding her record label трип (‘Trip’ in English) two years later and also went on to be a headliner at major clubs and festivals around the world.

Departing for a moment away from techno and electronica, Sarah Farina is a well-known DJ on the Berlin scene who fuses hip-hop inspired sounds with bass music and R&B influenced beats. Sarah is part of the Through My Speakers family, continuing to play big events and clubs in Germany and abroad, and has also appeared on Boiler Room three times already. Look out for her upcoming gig at OHM club in Berlin this July.

Cologne-based DJ and producer Lena Willikens has been kicking up a fuss with her innovative, fresh and devastatingly cool approach to sound. Represented by Comeme Records, Lena also has a residency at the club Salon Des Amateurs in Düsseldorf as well as a radio show called ‘Sentimental Flashback’. Having earned herself a reputation as one of the hottest upcoming woman in the biz, Lena is heading to showcase her sounds at Sonar Festival in Barcelona, widely recognized to be the best electronic music festival in the world.

Berlin-based globetrotter Ellen Allien is one of the most prolific producers in electronic music. She has eight full-length albums under her belt and is the founder of the successful label BPitch Control, which helped launched the careers of artists like Modeselektor, Apparat and Paul Kalkbrenner. Her forward-thinking, pioneering fusion of techno and experimental electronica has earned her a seat at some of the most reputed residencies, clubs and festivals around the world.