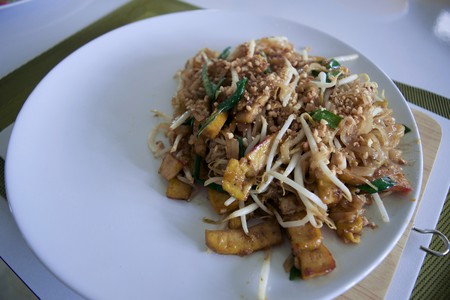 Pad Thai is a staple of the Thai diet. You can find it on every soi (street), it’s affordable, and it’s usually cooked and served up within minutes of ordering it. Pad Thai literally translates to “fried Thai,” and it’s one thing visitors cannot miss chowing down on while touring the Land of Smiles. Here’s a brief history of this delicious dish.

Pad Thai came about after a competition of sorts. In the late 1930s, Plaek Phibunsongkhram, or Phibun, came into power in Thailand. Many changes were made as the country adjusted to the new leader who was keen on making the country more Westernized. He attempted to do this in a number of different ways, such as changing the country’s name from Siam to Thailand. Another way he aimed to transform the country in the hope of defining its identity and culture was by holding a competition to create a new national dish of Thailand. The result: pad Thai. 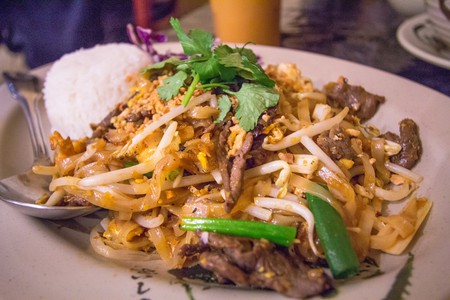 As part of making Thailand more independent and modernized, the cultural mandates Phibun created aimed to make the country less influenced by China. The new national dish simply could not escape its ties to China, however, as stir-fried food and noodles are both Chinese practices. As with almost everything in Thailand, though, Thais were able to give it their own twist and make it unique and tailored to their stomping grounds in the Kingdom. No flavor is left behind in the making of the majority of Thailand’s most noteworthy dishes. Spicy, sour, sweet, salty, and bitter flavors all make appearances in a single dish, and pad Thai is no exception. Palm sugar makes it sweet, the famous Thai chili gives the dish its spicy kick, and tamarind helps to make it both sweet and sour. 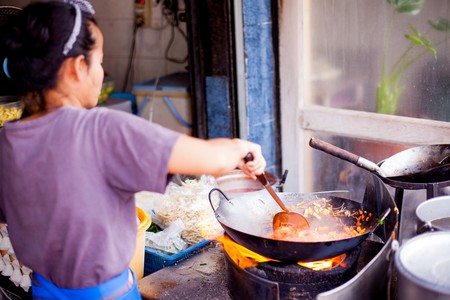 After pad Thai was dubbed the national dish, it didn’t take long for it to become extremely popular throughout the country. In addition to its delectable taste, it was easy and quick to cook and was considered more sanitary than some of the other meals vendors were cooking up because of the frying process. Pad Thai was seriously promoted by Phibun, who even went as far as to ban some foreign vendors, including Chinese ones, from selling foreign food. Pad Thai recipes and actual food carts were distributed, as well. 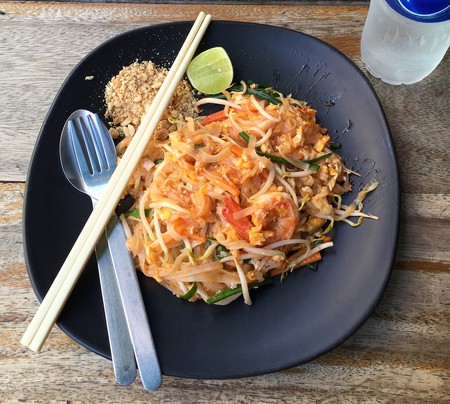 These days pad Thai can be found just about everywhere in Thailand. From the mountains in the north to the bustling streets of Bangkok, there is no shortage of this popular dish. Pad Thai is usually cooked with shrimp and tofu, but there are several variations, and it can be made with chicken, beef, or even no meat at all. Regardless of your preference, be sure to sit down and eat this delicious meal before leaving Thailand.