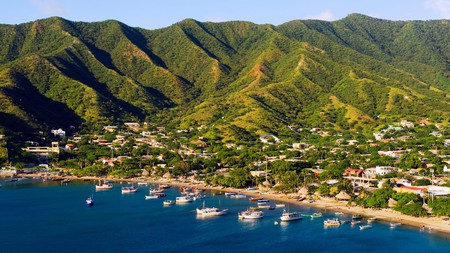 While tourism in Colombia was virtually non-existent for years due to conflict, civil war and drugs, that’s not the case today. The country is slowly establishing itself as a major tourist destination, drawing in travelers with its Caribbean coastline, rainforest, endangered animals, unique ecosystems and the Andes. Discover why you should put this country in South America on your travel bucket list. 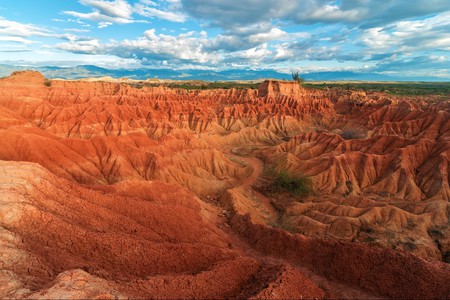 Colombia is categorized as megadiverse – a term that describes a country with rich biodiversity. The Andes runs throughout and comprises three connecting mountain ranges, with Bogotá situated on a flat savannah within them. Meanwhile, the Amazon rainforest covers 35 percent of Colombia and is home to many indigenous communities, endangered animals and endemic flora. However, the country’s gorgeous landscapes don’t stop at the rainforest.

The connecting of two ecosystems occurs in many areas of Colombia, but the most unique is where the Amazon meets the Andes, creating the Serranía de la Macarena National Natural Park. The country also has two desert areas, La Guajira and La Tatacoa, and its coastlines, one on the Caribbean and the other on the Pacific, have beautiful beaches backed by snow-capped mountains and lush forests. Colombia is also home to a large páramo ecosystem that helps create rain. 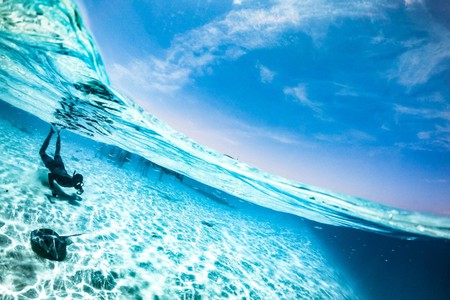 Colombia is full of exciting adventures, with the biodiverse environment creating the perfect location for many activities. The choice is almost endless, with whitewater rafting, surfing, whale watching in the Pacific, kitesurfing in the Caribbean, waterskiing, cliff jumping, diving off the island of San Andrés, snorkeling in the reefs or swimming in endless freshwater lagoons. You can also go rock climbing, abseiling, bungee jumping, horse riding through the mountains, hiking through the valleys and trekking through the Amazon.

Colombians have a great reputation for being friendly and hospitable. So, why not visit and find out for yourself? You may find that you never want to leave. 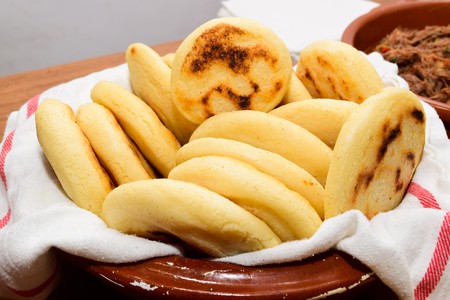 Colombia’s range of climates and altitudes allows farmers to grow a large variety of crops year-round, with some fruits and vegetables difficult to find elsewhere. It prides itself on its fresh foods, with restaurants, street stalls and local cafes all making use of the produce in their home-cooked meals and snacks. Here, juices are popular, along with rice, arepas (griddled corn cakes) and fresh bread, and each city has a wide variety of cuisine styles, with influences from Italy, France, Spain, Peru and Argentina.

Colombia has 59 protected natural areas, which vary in landscape, climate and ecosystems. Each national park is designed to protect its wildlife, ecosystems, culture and architectural heritage, and many of them offer one-of-a-kind experiences, such as hikes, water sports and other activities. 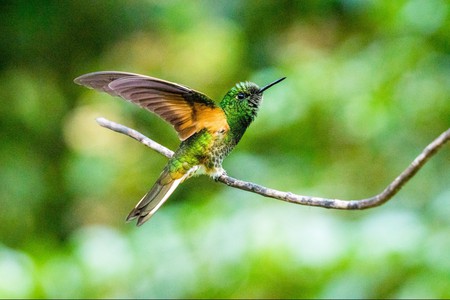 Colombia has a high level of biodiversity, being home to more than 10 percent of the world’s animal species and the highest number of endemic species. More than 1,900 bird species inhabit the country, along with more than 490 mammal species and large numbers of insects, reptiles and marine creatures. Most of the country’s wildlife resides within four national natural parks: Cocora Valley, Gorgona Island, Serranía de la Macarena and Amacayacu.

The many national natural parks feature numerous hiking routes, varying in both difficulty and distance. Hiking allows you to experience the country’s landscapes and ecosystems and see wildlife up close. Guided hiking tours are available throughout the country, with the most popular being in the Valle de Cocora and the trek to the Lost City, an ancient indigenous village (now an archaeological site) created in 800CE – more than 600 years before Machu Picchu. 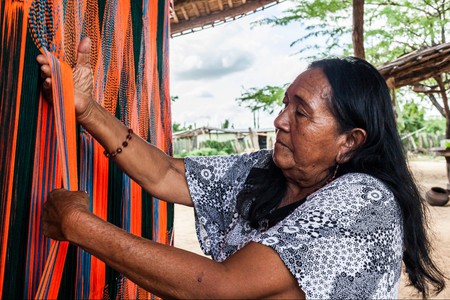 An indigenous woman weaves a chinchorro or hammock, which is a traditional Wayuu handicraft | © Jason Rothe / Alamy Stock Photo

Indigenous groups live throughout Colombia, including the Amazon, the Pacific coast and La Guajira. They strive to keep their traditions alive, with traditional foods, culture and events. They have also influenced the music in the country, along with Afro-Colombians, whose African ancestors brought the sounds and rhythms of their homeland with them.

Colombian architecture dates back centuries, with small towns and villages all traditionally having a plaza and cathedrals. The latter, in particular, are beautiful, detailed works of art and have to be seen to be believed. While the big cities have areas of modern architectural gems, Bogotá, the country’s capital, also has a historic center home to centuries-old buildings on cobbled streets. In short, Colombia continually strives to create exquisite new modern structures while also restoring its colonial heritage.

Colombia’s history dates back millennia, with pre-Columbian indigenous communities establishing themselves all over the country and creating many towns and cities. The Spanish, French and British have also influenced the country.

In 1964, the Colombian conflict began, but the country is now turning a corner. The Colombian government and the Farc signed a peace agreement in 2016, creating, at last, a positive and sustainable future for the country. 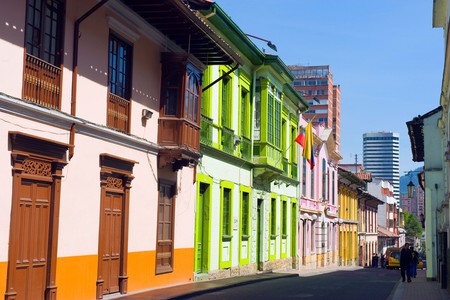 Medellín (the second-biggest city) and Bogotá are both up-and-coming conurbations in South America and the world. Medellín has created and implemented a comprehensive urban development strategy, which has seen the city change from one of the most violent cities in the world to an award-winning center of innovation – it’s becoming a model for other metropolises around the world. Bogotá is also developing rapidly into a major business hub for Latin America, with many multinational companies creating their Latin American HQs within the business district.

Sports in Colombia have seen a lot of success in recent years. The country’s soccer team is one of the best in the world, and when a match is taking place, most people stop to watch and offer support. Cycling is another popular sport, with many Colombians taking to the streets and countryside to participate in ciclovía events and long-distance rides.