The 10 Best Restaurants In Rittenhouse, Philadelphia

Rittenhouse is one of the most popular and refined neighborhoods in Center City, Philadelphia. The restaurant scene has expanded and gained prowess in the past decade, and we’ve created a guide to the 10 best restaurants in Rittenhouse. Read ahead to find out the highlights of Rittenhouse’s best culinary institutions. 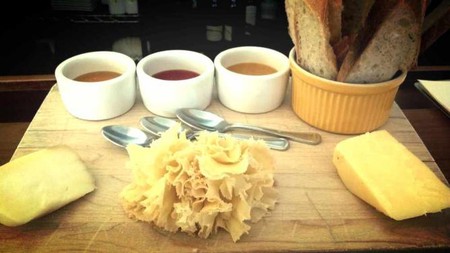 The menu at Tria Fitler Square, an offshoot of Center City’s popular wine cafés, serves up medium-sized plates ranging from braised beef short rib, handmade noodles and seafood dishes like trout and shellfish. For something lighter, there are also options such as salads and bruschettas to snack on. On Sunday they serve brunch dishes, like brioche french toast with candied hazelnut butter with strawberries and mint.

Watch Out For: The extensive Spanish wines and ciders along with a full bar!
Open In Google Maps
114 South 20th Street, Center City West, Philadelphia, Pennsylvania, 19103, USA
+12156659150
Visit Website
Give us feedback

Inspired by cuisine of the Jewish diaspora, Abe Fisher offers modernized small plates that have earned praise in Philadelphia’s culinary scene. Bringing life back into traditional Jewish dishes from Montreal, Brooklyn and Budapest, it is only in Rittenhouse where you can find such variety of the Diaspora. Chef-partners Michael Solomonov and Steven Cook have created multi-faceted dishes, including diced salami and eggs over shrimp fried rice in a reference to Chinatown’s special place in Jewish American culture. Even more surprising is the bacon layered in between chocolate mouse for dessert. 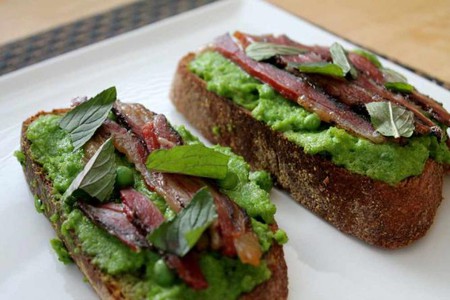 Restaurant, American, $$$
Facebook
Email
Twitter
Pinterest
Copy link
Share
Map View
At Vernick, the secret to success is a surprising introduction of simple ingredients that blend together to make a pronounced impact of flavor. Take sweet white corn and crunchy scallions with a drizzle of chile aioli, or a beef tartare mixed with Parmesan and shaved horseradish. Inventive Chef Gregory Vernick’s ingenious, yet simple combinations might be why this highly popular restaurant gets packed so quickly, so be sure to make reservations beforehand.
Open In Google Maps
2031 Walnut Street, Center City West, Philadelphia, Pennsylvania, 19103, USA
+12676396644
Visit Website
Give us feedback

Considered one of the finest sushi restaurants in Philadelphia, Vic Sushi Bar is a shoebox-sized space that makes killer Japanese dishes. At this casual dining spot customers can watch Chef Jim as he skillfully makes dumplings or cuts up the sashimi. Fresh and delicious are words thrown around as an empirical fact when describing Vic. Perhaps it’s the for the freshly fried soft shell crab in the spider rolls or the simple touch of sauces, but overall, it’s a casual dining experience that will leave you relaxed. 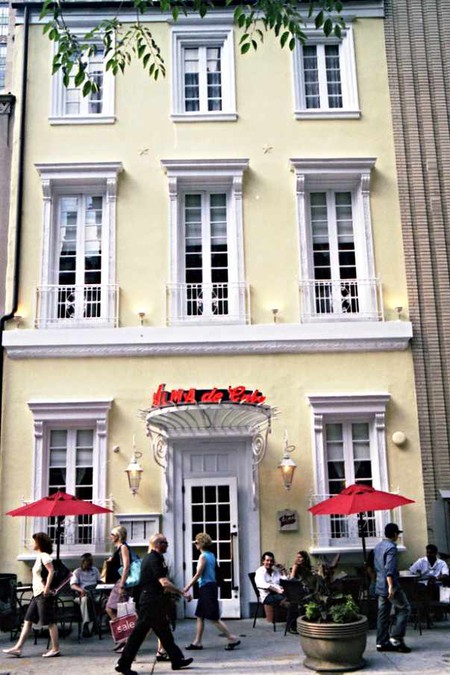 Alma de Cuba is worth going to for its Havana atmosphere – upscale booths and lounge chairs accent the tiled and wooden floors as exotic lamps sets the mood in this swanky three-floor restaurant. Food highlights consist of the ceviche tasting menu or the modern spin of almond-stuffed dates wrapped in bacon with Cabrales blue cheese. 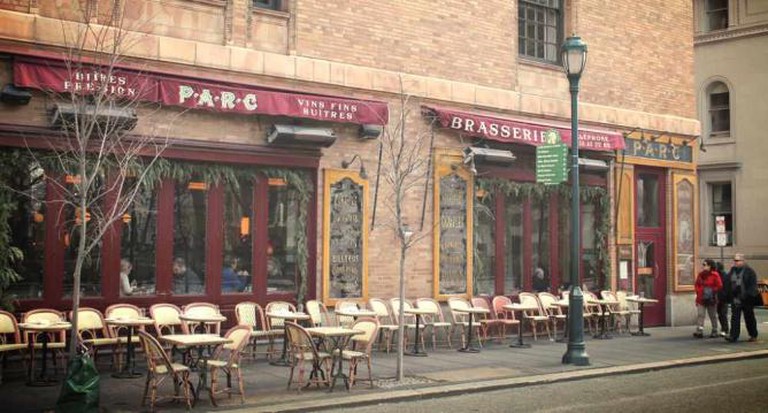 Dizengoff, Philadelphia | ©Tom Ipri/Flickr
If the Middle Eastern lunches at cozy Dizengoff are enough to keep locals enthralled, it’s a perfect inclusion for the top restaurants list. The creative cuisine takes a twist on hummus like the mouth-watering broccoli and peanut hummus. Perfect for lunch, Dizengoff’s only entrée might be hummus, but it is surprisingly not boring with all its varieties – chard pesto and chicken hummus, hummus with sweet potato, the list goes on and on.
Open In Google Maps
1625 Sansom Street, Center City West, Philadelphia, Pennsylvania, 19103, USA
+12158678181
Visit Website
Give us feedback

Restaurant, Bar, Bistro, Brasserie, Cafe, French, $$$
Facebook
Email
Twitter
Pinterest
Copy link
Share
Map View
A staple of the Philadelphia restaurant scene, Parc has one of the best views in the whole city from its large open-air windows—that of Rittenhouse Square. Reminiscent of an actual French bistro, a list of best restaurants would probably not suffice without a Stephen Starr brasserie. Although not the cheapest, Parc delivers quality French meals such as onion soup and escargot and an atmosphere that lets you slip away into a different country, while still retaining its one-and-only Philadelphia charm.
Open In Google Maps
227 South 18th Street, Rittenhouse Square, Philadelphia, Pennsylvania, 19103, USA
+12155452262
Visit Website
Give us feedback

This Italian BYOB is well worth the price due to the high ratings from customers describing it as ‘authentic’ and the lines out the door on crowded nights. Founders Roman-born Gianluca Demontis and Rosemarie Tran cook up rustic Italian fare including wild boar ragu and Pappardelle Tartufate. At this Philadelphia hotspot, you will find distinct, new wave translations of classic Italian dishes like the pistachio spaghetti Carbonara with salted anchovies replacing pancetta, white truffle oil and raw egg yolk.