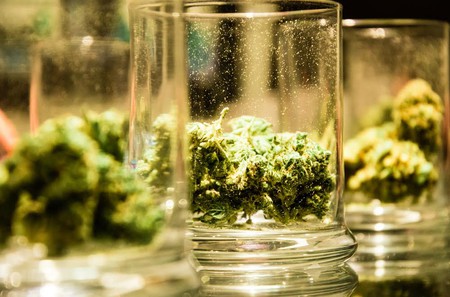 When Nevada requested a “statement of emergency” for the state’s marijuana shortage earlier this week, it seemed the rest of the world collectively scoffed at the idea. But with recreational marijuana now legal and Las Vegas being a longtime top travel destination, pot has been flying off the shelves…and creating a potentially major economic problem.

When marijuana was legalized for recreational use in Nevada last year, the legislation allowed distribution exclusively through liquor wholesalers for the first 18 months. According to the Los Angeles Times, the state approved an emergency regulation on Thursday that would expand distribution channels beyond just liquor wholesalers. This emergency measure will get the marijuana out of the places where they’re cultivated and onto the shelves.

“We’re trying to do the right thing,” Nevada Tax Commission Chairman Jim DeVolld told the Times. “This is such an important time in the state of Nevada’s existence.”

Though only legal for a short time, marijuana has quickly become big business in Nevada, increasing tourism interest in the state as well as revenue. The jobs market also benefitted from the legalization measure. So when the shortage began, people’s jobs were a major concern.

With that in mind, marijuana businesses sought new means to distribute—not just because the regulations were creating a shortage, but also because it’s what’s fair for marijuana dispensaries as businesses among many other businesses within the state.

“We have a legal product, we have legal businesses,” said Deonne E. Contine, the executive director of the Department of Taxation. “We have a goal of facilitating that market.”