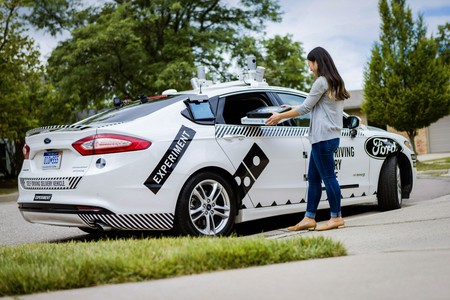 Making a delivery driver trek through the traffic or bike through a storm has always added an extra layer of guilt to your food order. But that sense of shame could soon be a thing of the past if in the future our cities are full of self-driving delivery vehicles.

There have been a number of slightly odd partnerships between car manufacturers and fast-food companies in recent years, with automated delivery sitting at the heart of all their collaborations.

For the restaurants and fast-food chains making deliveries, self-driving cars make a lot of sense. One of their biggest expenses is employing people to deliver food and, if they can take humans out of the equation, they can offer food delivery at significantly cheaper prices.

For the general population, this is a double-edged sword. For one thing, the number of jobs lost in the industry could be huge. Plus there are a few societal consequences that you don’t need to watch an episode of Black Mirror to work out.

In January, at the Consumer Electronics Show (CES) in Las Vegas, the topic of self-driving delivery cars was prominent. Toyota announced a new deal with Pizza Hut that will see the two companies explore the future of pizza delivery, and will also allow the fast-food giant to explore opportunities with the e-Palette, a new self-driving concept vehicle. The e-Palette idea is essentially a fleet of self-driving vehicles that can be used for different purposes. The vehicles can be fitted with different interiors to suit the needs of the company using it, and, as well as Pizza Hut, Toyota has agreed deals with the likes of Amazon, Uber and DiDi. 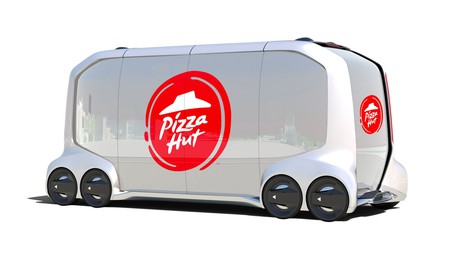 “The automobile industry is clearly amidst its most dramatic period of change as technologies like electrification, connected and automated driving are making significant progress,” Toyota president Akio Toyoda said. “This announcement marks a major step forward in our evolution towards sustainable mobility, demonstrating our continued expansion beyond traditional cars and trucks to the creation of new values including services for customers.”

Also at the CES was Ford executive VP and president of global projects, Jim Farley, who discussed some findings from their work with Domino’s Pizza last year. The two companies trialed a delivery service that used a self-driving car, and some of the observations they made were extremely interesting.

Farley explained how a lot of people thanked the car that brought them a pizza, making some sort of human connection with the delivery machine. The pilot program, which was carried out in Ann Arbor, Michigan, also revealed that people didn’t like entering the last four digits of their credit cards at the car to receive their pizza, but were much more comfortable using the last numbers of their cell number. On top of that, the study found that, in the summer, people often prefer to walk out to the delivery vehicle with nothing on their feet, which means the company must look at where the car should pull up. 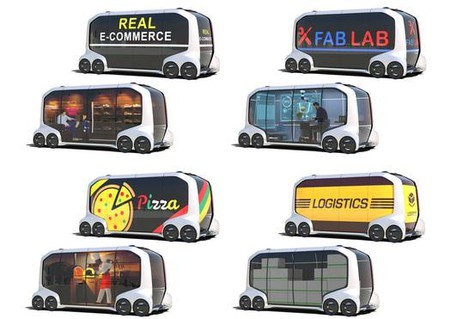 Ford has also announced a partnership with the delivery firm Postmates, which will see a self-driving vehicle deliver goods ordered by customers. The automaker plans to study what the experience will involve for the company sending the goods and for the customer receiving them. Ford hasn’t revealed which city will host the pilot.

“Like us, Postmates is on a mission to help people unlock the best of their cities,” Sherif Marakby, Ford’s vice president of autonomous vehicles and electrification, wrote in a blog post, “with a focus on creating a reliable on-demand delivery network—one that gives consumers better access to the goods they need.”

Delivery robots, which are smaller and potentially easier to build than full self-driving cars, have been prevalent in places like San Francisco, where they have been used to deliver goods via the sidewalk. However, the city recently cracked down on roaming androids, claiming they take up too much space on the sidewalk and could cause accidents.