Flowers Launched Into Space for a Forthcoming Art Exhibition 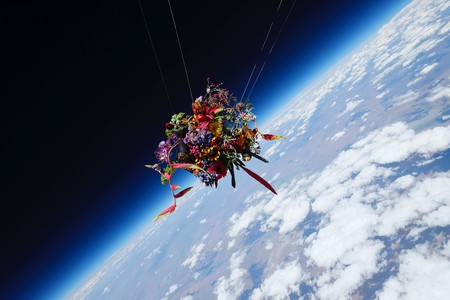 As part of an innovative project titled In Bloom, Japanese botanical artist Azuma Makoto launched flowers into the stratosphere above Nevada. Photographed by Shunsuke Shiinoki, the series has yielded hauntingly beautiful images—with more soon to come.

From the arid landscape of Nevada’s Love Lock Desert, Azuma Makoto launched breathtaking bouquets including 100 kinds of flowers into space, where they hovered amid the stratosphere in sub-zero temperatures. 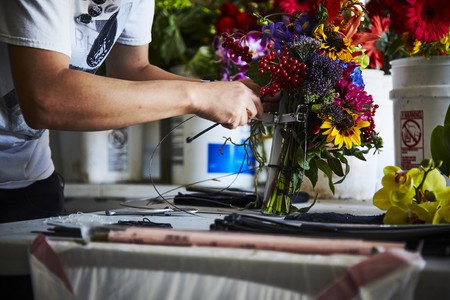 The ambitious initiative, titled Exobiotanica2, is the fourth installation of In Bloom—“an experimental series in which flowers are arranged in naturally impossible situations,” the project’s press release explains.

Named after what Lonely Planet describes as “the idea that the plants evolve into a kind of extra-terrestrial life when introduced to their new, unnatural environment,” Exobiotanica2 was carried out on the heels of space-bound bonsai trees for Exobiotanica, as well as flora placed in the ocean for Dagat & Bulaklak and, later, Deep Sea. 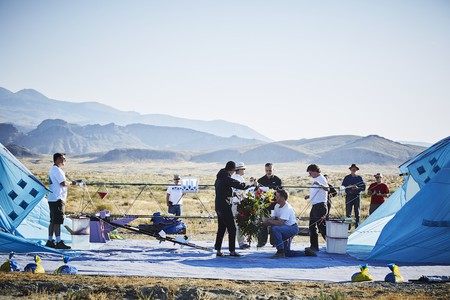 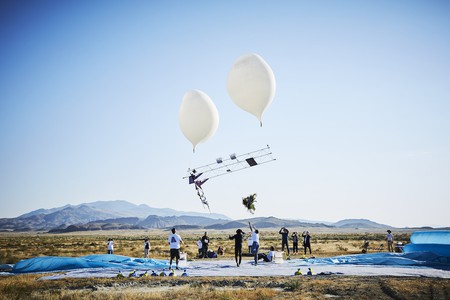 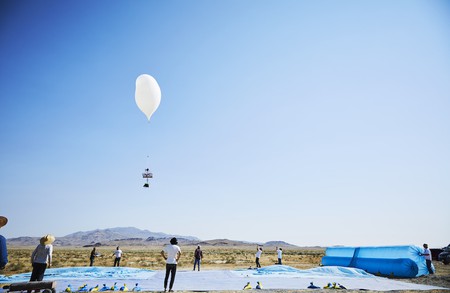 Larger, heavier bouquets “arranged around the structure of the earth,” the Exobiotanica2 press release states, were launched into the stratosphere with a medium-format mirrorless camera “to best capture the process of change and movement in the flowers in full clarity.” The camera subsequently captured the “ever-changing landscape” of the flowers as they ascended/descended, and given their shifting positioning against the light of the sun. 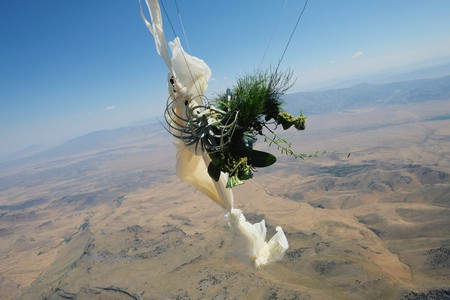 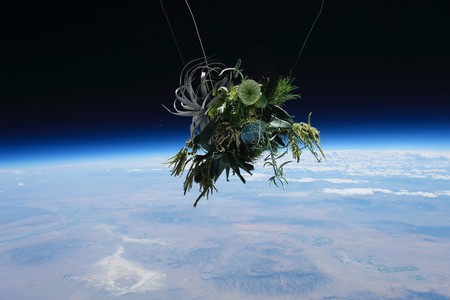 According to the press release, photographs and video footage of the project are due for release in September 2017, ahead of an exhibition set to open the following month in October. 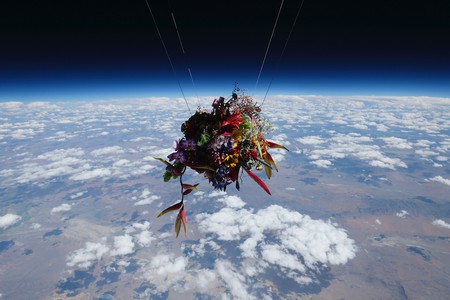 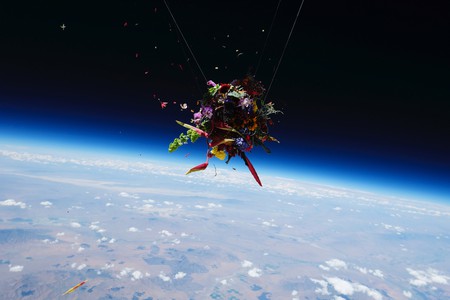