9 Films and Shows to Watch Before You Visit Las Vegas 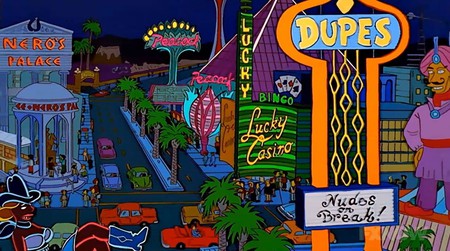 Las Vegas may well be the hardest working town in showbusiness. And we’re not just speaking of the dancers or singers, the costumers or stagehands or the people who work in the Celine Dion gift shop. The city also appears in countless films and television shows. It’s been a slapstick obstacle course in comedies, glittering neon eye candy in dramas, and a source for high drama in thrillers.

In turn, those stories on the screen have shaped our idea of Las Vegas, whether rightly or wrongly. Here are some of the essential films and television shows to watch before you head for the bright lights of the Strip.

Perhaps the greatest of all Las Vegas films, Martin Scorsese’s Casino is based on the real-life story of a mob-backed odds wizard, a psychopathic thug and a showgirl whose addiction can’t quell her rage. The movie’s glorious visuals and rock n’ roll soundtrack make it an aesthetic feast, but there’s also plenty of substance in the behind-the-casino backstory and the stellar performances by Robert De Niro, Joe Pesci and Sharon Stone. 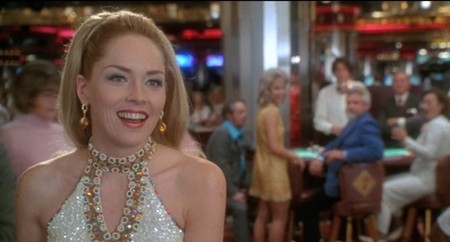 The third season of Charlie’s Angels kicked off with this two-parter that sent the glamorous trio to Las Vegas. Casino owner Dean Martin summons them to investigate mysterious deaths at his casino, thus Sabrina poses as an accountant, Chris goes undercover singing backup in the lounge and Kelly is a goldigging showgirl at the Casino de Paris. The three uncover a plot to take over Martin’s casino amidst plenty of fabulous footage of peak neon Vegas. 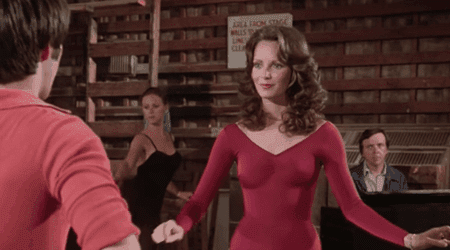 Sean Connery’s last official outing as James Bond is one of the franchise’s best films. Bond heads to Las Vegas in pursuit of stolen diamonds, a reclusive billionaire and Blofeld. There, he runs across bodacious babes Plenty O’Toole and Tiffany Case, as well as two pairs of assassins: the weirdly effete Mr. Wynt and Mr. Kidd and the glamorously brutal Bambi and Thumper. Diamonds Are Forever also features a thrilling downtown Vegas car chase and, of course, no one walks across a casino floor in a white dinner jacket like Sean Connery. 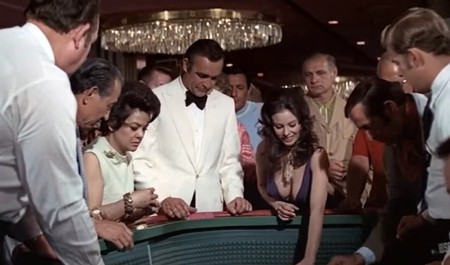 Sean Connery and Lana Wood hit the tables in Diamonds Are Forever. | © MGM

Somehow, it took until the 11th season for show creator Seth MacFarlane to give Family Guy a full Vegas episode. In it, angry baby Stewie and dipsomaniacal dog Brian confuse the time and teleportation machine, and wind up sending two pairs of themselves on an adventure to Sin City. Mob-related hijinks and snide remarks about Carrot Top impersonators ensue. However, the show made an earlier quick trip to Vegas when a freezing Stewie hallucinates a visit during the “Into Fat Air” episode. It may be a cartoon, but Stewie’s speedy descent from blissful high roller to snarling slot loser is creepily accurate to what happens in Las Vegas every day. 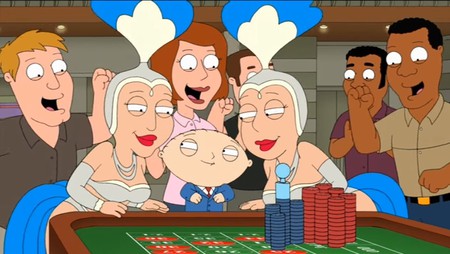 Hunter S. Thompson’s book was long thought to be unfilmable, but director Terry Gilliam’s flair for demented fantasy meshes well with Thompson’s hallucinatory prose. Johnny Depp as the author and Benicio del Toro as his attorney pal offer fearlessly weird performances as they stagger and splutter their way through a cartoonish Sin City. As the movie careens from Mint 400 desert race to Circus Circus acrobat acts to an anti-drug conference, the protagonists grow more and more unhinged. Name actors like Christina Ricci, Gary Busey and Tobey Maguire probably took their cameo roles just to be part of the fun.

There are a lot of good bad movies out there, but Showgirls may be the best of the worst. Not since Rocky Horror Picture Show has a film so desperately cried out for the audience to holler back at it. The tale of drifter Nomi Malone’s efforts to become a Las Vegas headliner involves egregiously terrible acting, utterly boneheaded plot twists and ridiculously quoteable dialogue. In other words, it’s a wonderful film that will turn any frown upside down. 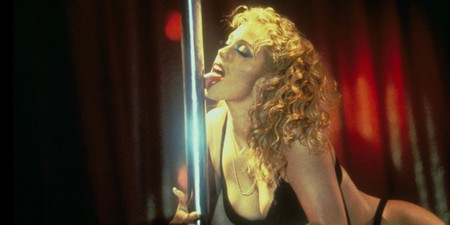 In “Viva Ned Flanders,” Ned decides to change his uptight ways and asks Homer to teach him how to enjoy life. The two head for where else but Las Vegas, where Ned downs a white wine spritzer and suddenly they wake up in a trashed hotel suite (golf cart in the hot tub) with new wives. Full of witty takes on the signs of the Strip and other city landmarks (the buffet at Caesars Palace, Mike Tyson), this is truly one of the best Las Vegas episodes of any television show. 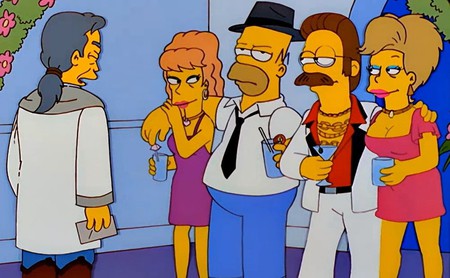 Shot almost entirely on location, Vega$ is a time capsule of early 80s Las Vegas. Robert Urich stars as Dan Tanna, a private investigator who works for the owner of the Desert Inn, played by Tony Curtis. Tanna takes on psychopathic killers and swindling mobsters, rescues beauty queens and drag queens, and generally kicks ass and takes names. Another of the delights of Vega$ is the procession of guest actors, from cred-bestowing icons like Dean Martin and Muhammad Ali to future stars such as Kim Basinger and Melanie Griffith. 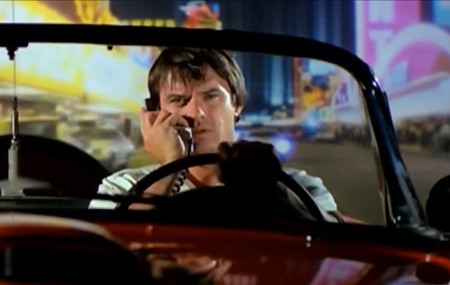 A giddy, gorgeous frolic through Sin City with a pile of hit songs and two of the most charismatic stars ever to walk onto a film set, Viva Las Vegas does its namesake town proud. Elvis Presley and Ann-Margret are both at the height of their powers and their on (and off) screen chemistry is palpable as they match each other note for note and hipshake for hipshake. It’s also a time capsule of a Vegas that no longer is, from the Flamingo’s champagne bubble tower to the parabolic marquee of the Mint Casino. 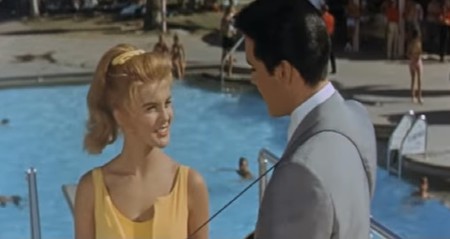