A Brief History of Las Vegas as We Know It Today

Before Las Vegas was the land of mega hotels, widespread gambling, and overindulgence, its arid lands were inhabited by Southern Nevada Native Americans. But how did a city situated so far from the rest of civilization flourish into the town it is today?

The area that Las Vegas occupies was once an abundant wet marshland filled with rich vegetation. But as the marsh receded and waters disappeared from the landscape, the region evolved into an arid desert land. Miraculously, water that was trapped underground sporadically rose to the surface to water the vigorous plants that survived, forming an oasis.

During the 19th century, Mexican explorer Antonio Armijo was forging the way from New Mexico to California on the first commercial caravan, which would later become known as the Old Spanish Trail. En route to Los Angeles, the group veered from the traditional path in 1829, settling 100 miles (161 kilometers) northeast of present-day Las Vegas. Rafael Rivera, along with his scouting party, rode west to find water; Rivera left the group to venture into the desert on his own, setting his eyes upon the oasis of Las Vegas Springs. The land was named Las Vegas, meaning “the meadows,” after the verdant grasses found growing in the valley.

Over the course of the next century, Mexican and Mormon settlers filtered in and out of Las Vegas, many en route to California via the Old Spanish Trail or to take advantage of the California Gold Rush. Mormons in Salt Lake City traveled to Las Vegas to protect a mail route; they built adobe structures, planted fruits and vegetables, and mined for lead. But by 1858, they had abandoned the area. 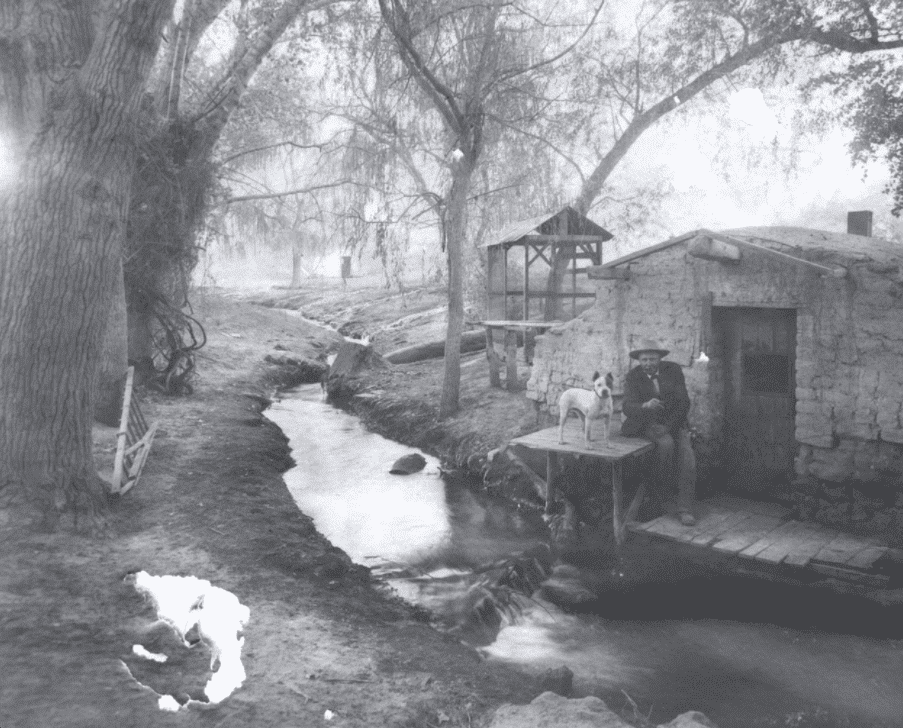 Arrival of the railroad

In 1890, railroad developers decided that Las Vegas would serve as a prime stop along the San Pedro, Salt Lake City, and Los Angeles railroad route; it would also connect Las Vegas to major cities on the Pacific Coast. Little had changed in the city up until this point; with the arrival of the railroad in 1905, Las Vegas boomed: saloons, stores, and boarding houses sprung up around town. It was officially founded on May 15, 1905. William A. Clark, who owned the three railroads, auctioned off 1,200 lots in one day in the area known today as Glitter Gulch.

The rise of the gambling capital of the world

In a city occupied mostly by railroad workers and ranchers, the spirit of the Wild West blossomed in Las Vegas. And with it came an appetite for the provocative – gambling, drinking, and prostitutes – with many illegal speakeasies and bootleg casinos continuing to operate despite Nevada‘s 1910 ban on gambling. This widespread disregard for the law became the ideal breeding ground for organized crime, with many East Coast mobsters quickly establishing roots in the city.

By 1931, gambling, once again, became legal in Nevada, and with the construction of the Hoover Dam on its way, thousands of workers came to Las Vegas. New casinos and showgirl venues opened up along Fremont Street, the only paved road in the city, in hopes of attracting workers. Although World War II stunted growth in Las Vegas – nearby Nellis Air Force Base served as training grounds – the first hotel, El Rancho Vegas, opened up on Highway 91 in 1941.

Mobsters and the growth of the strip

In the late 1940s, the success of El Rancho Vegas inspired others to open up hotels along Highway 91, which would later evolve into the Strip. East Coast mobster Bugsy Siegel – backed by fellow mob boss Meyer Lansky – was amongst these hotel builders, opening the Hollywood-inspired Flamingo Hotel in 1946. Although Siegel was murdered in 1947, fellow mobsters helped to carry out his vision for Las Vegas; during the 1950s and 1960s, the Riviera, the New Frontier, the Sands, and the Sahara opened, mostly funded by racketeering and drug trafficking money. But soon enough, many mobsters received investments from reputable groups such as Wall Street banks and the Mormon Church. Tourists flocked to Las Vegas’s booming casino scene, many just to see famous artists, such as Frank Sinatra and Elvis Presley, perform. 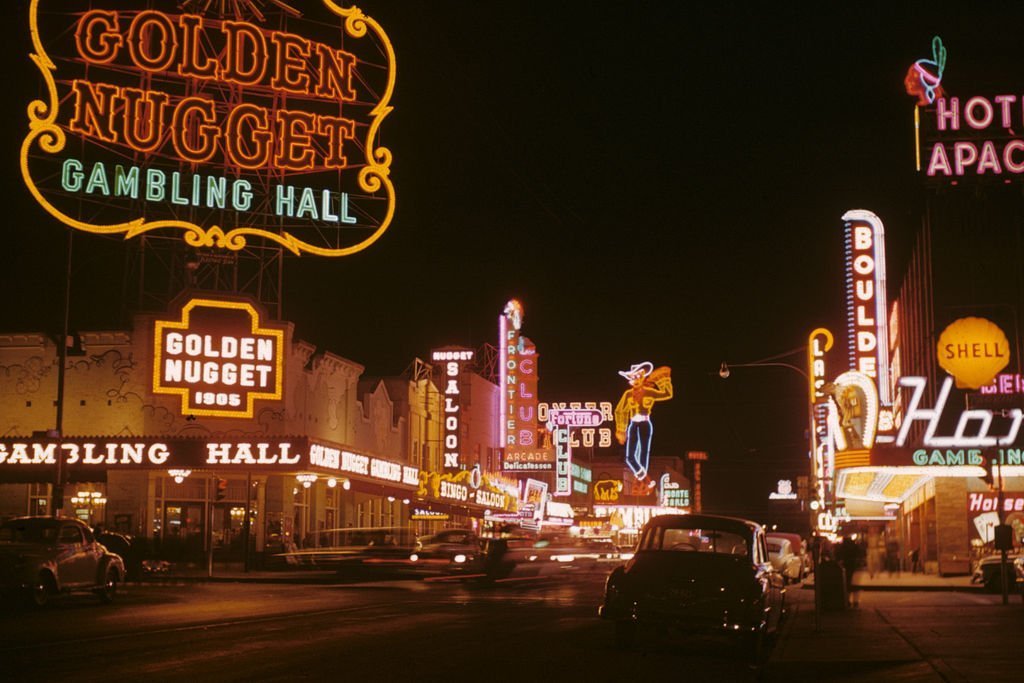 The mega resort and the end of an era

In 1966, billionaire and businessman Howard Hughes was staying at the Desert Inn. He decided he did not want to leave and opted to purchase the hotel instead. He bought over a dozen more hotels, slowly pushing out mobster-owned hotels that dominated the city. By the 1980s, Mafia-financed casinos had disappeared. In 1989, Steve Wynn instigated a new trend in hotel design and construction: the mega hotel. He opened the Mirage, the first glamorous resort hotel in Las Vegas. Transformed over the next two decades, the Strip saw many developments inspired by iconic cities, such as New York, Paris, and Rome, and countries, including Egypt. By 1994, Las Vegas had more than 86,000 hotel and motel rooms, with 13 of the 20 largest resort hotels on the planet. 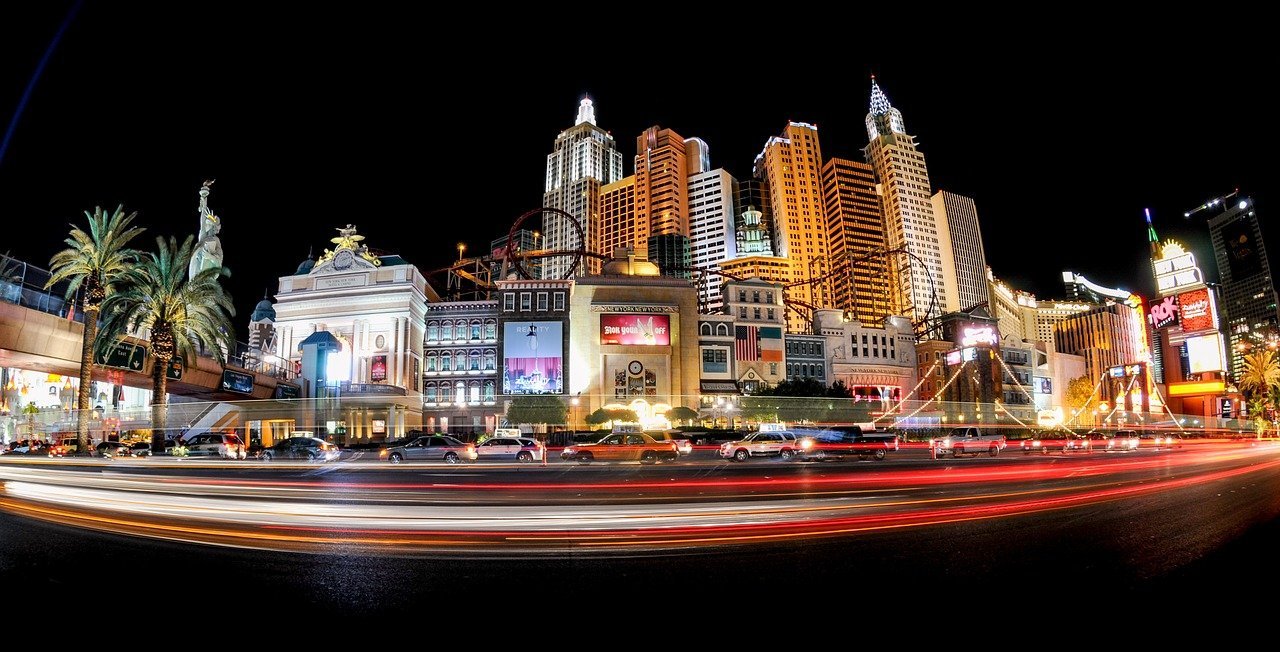