How Did the Serial Killer HH Holmes Shape Chicago's History? 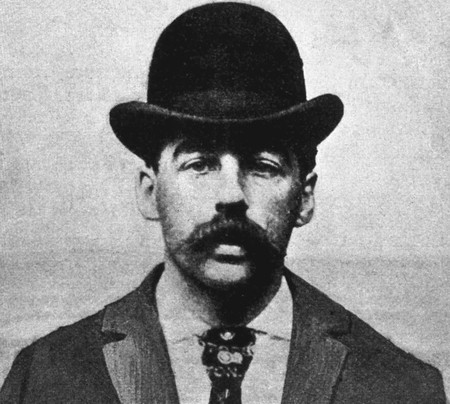 Chicago is a city that should never have been built. For all intents and purposes, the shoreline on which the Windy City lies is a glorified swamp. But in the late 19th century, that swamp transformed into one of the fastest growing cities in America. It became the heart of the United States, the link between East and West, and a vital hub for trade and transportation. By 1888, the city’s population surpasses 1 million people.

People that, to Herman Mudgett, would become playthings. People that would serve his one purpose on this earth… to kill in the most imaginative ways possible.

The tale of Herman Webster Mudgett, who is more famously known by his pseudonym, H.H. Holmes, is grim. Though undoubtedly gruesome, the true legend of H.H. Holmes and his ‘Murder Castle’ impacted the great city of Chicago and shaped it into becoming the icon it is today.

Holmes was born in New Hampshire and led a seemingly normal life for many years. He attended the University of Michigan, married a nice girl named Clara, and remained under the radar. But if you put a magnifying glass up to Holmes’s early life, there are red flags that emerge. To begin with, he was obsessed with death. He routinely killed animals at a young age, and is also thought to be responsible for the mysterious death of his cousin.

But Holmes’s true infamy came thanks to the 1893 Chicago World’s Fair. When Chicago was granted the honor of hosting the World’s Fair, Holmes saw a life of opportunity ahead of him. The fair would bring in millions of visitors clambering to see the world’s most famous sights. They would certainly need a place to stay.

Holmes had built his hotel, later to be known as his Murder Castle, on the South Side of Chicago; hiring and firing workmen on a regular basis so that no one would truly know what he was building. In a way, he was the genius that Chicago never saw coming. His Castle consisted of special, diabolical rooms that functioned as gas chambers and suffocation chambers. And with the World’s Fair on the horizon, Holmes was prepped and ready to become America’s First Serial Killer.

When the Fair arrived, Holmes began using his magnetic charm to lure victims in. He would post newspaper articles advertising himself as a single bachelor looking for marriage. After wedding the unlucky young lady, he would convince her to take out an insurance policy on herself. When she died (by his hand, of course), he cashed in. When deciding to shoot at smaller fish in the barrel, Holmes would also take in tenants or receptionists to satisfy his craving of murder. For them, he would cash in by cleaning their skeletons and selling them to medical colleges for $200 ($6,000-$7,000 in today’s money).

Overall, it is thought that Holmes could have killed upwards of 200 people, though he only admitted to 27 deaths. 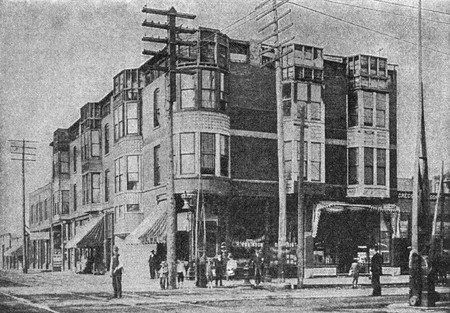 In the wake of the World’s Fair, Chicago was left to dust up Holmes’s atrocities. A city, much like a person, can only take so much stress before cracking. However, even in the midst of discovering the grisly truth of Holmes, the city of Chicago remained steadfast. The swamp city had a choice to either fail, or come back strong. The resilience that Chicago showed after Holmes’s story was made known is a testament to the city’s citizens. Those people are like weeds; pick them, they’ll grow back! Their will cannot be destroyed.

After the H.H. Holmes murders, law enforcement in Chicago became noteworthy. Doctors were more heavily vetted, and people took greater care in trusting recommendations, as well as letting loved ones know where they were. Those simple precautions took Chicago from a dangerous city to a safer haven.

It would not always remain safe, as Holmes did show a rising generation of criminals such as Capone and Dillinger that Chicago could bent, though never really broken. 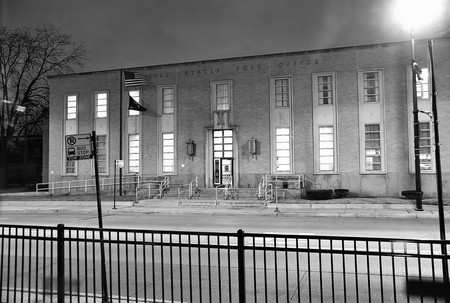 Holmes is an echo in the city, one whose name is passed about during the spooky season of Halloween, but who is otherwise a ghost. His murder castle no longer lives on, and in its place stands a mundane post office. Chicago has erased him because, at the end of the day, Chicagoans are strong, proud, and a little bit stubborn. The city itself still gleams despite its past.