A Brief History of the Chicago Bean 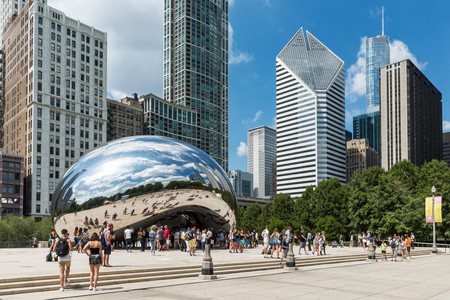 For many, the stainless steel Cloud Gate sculpture is a work of art, but for tourists, it’s the best opportunity for a selfie. The public artwork – also known as “the Bean” – has become a must-see item on any Chicago itinerary. The sculpture, by British artist Sir Anish Kapoor, was unveiled at the opening of Millennium Park in 2004. It now serves as a famous symbol of the city and is one of Chicago’s most photographed attractions.

The Bean is one of the best ways to capture Chicago’s beautiful skyline while still being in the photo. Designed by the London-based artist Anish Kapoor, the work was selected out of two proposals that were submitted in 1999 for a “showpiece” sculpture that would sit in Millennium Park. At first, many Chicagoans were extremely critical of this piece of metal – especially since the structure was under construction during the inauguration of the park in 2004. Anish Kapoor did not completely finish the sculpture until May 2006 when it was really displayed as a magical visual. 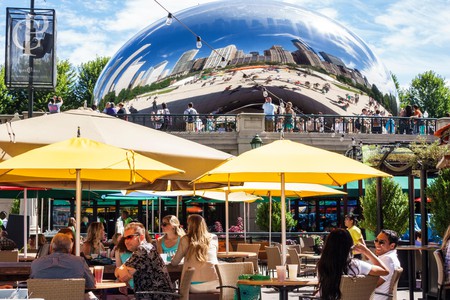 Even before it was given an official title, Chicagoans were quick to dub the reflective steel sculpture “the Bean” thanks to its closed curve shape. However, it’s official title is “Cloud Gate”; 80 percent of its surface reflects the sky and bends the reflection down into a gate shape. 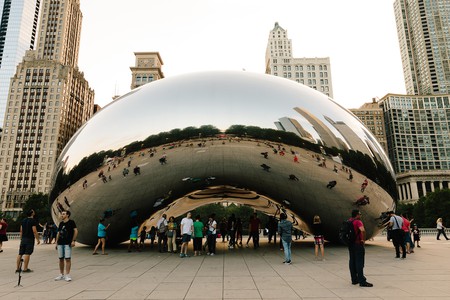 Today, the Bean has multiple geotags on Snapchat and it’s comical how people always have the urge to touch the sculpture’s silvery surface. Cleaners come twice a day, once in the early morning, and once at night, to polish and buff the entire thing. Meanwhile, there is a maintenance crew who come and wipe down the bottom six feet (to get rid of fingerprints) up to seven times a day. The Cloud Gate is an icon of Chicago, and one of the best attractions that every visitor to the city should take the time to see.