A Royal Breakfast At The Waldorf Astoria Jerusalem 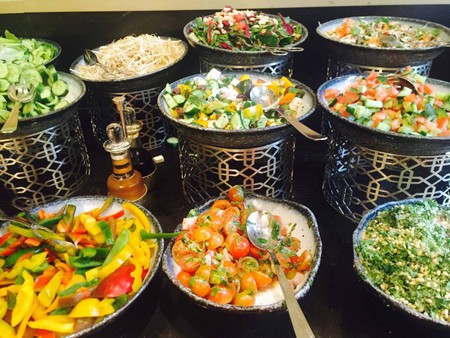 The Waldorf Astoria Jerusalem offers a royal breakfast experience like no other, which is one of the many reasons why it was voted the number one hotel in the Middle East by Condé Nast Magazine, and number seven in the entire world. To discover what you can expect from the exquisite breakfast offered at the luxurious Waldorf Astoria, keep reading below.

First and foremost, the luxurious setting truly makes all the difference. Indeed, this hotel, originally known as the Palace Hotel, was built in 1929 and was the first luxury hotel in Jerusalem, with arched windows and intricate stone carvings. However, the building was only opened as a hotel until 1935. After the hotel stopped its operation, the building hosted the Mandate government, having held offices there until 1948. The building also held a local radio station, ‘The Voice of Jerusalem’, and also served as a small hospital at one point. Following the establishment of the state of Israel in 1948, the building was turned over to the government and became an office building until 2000. 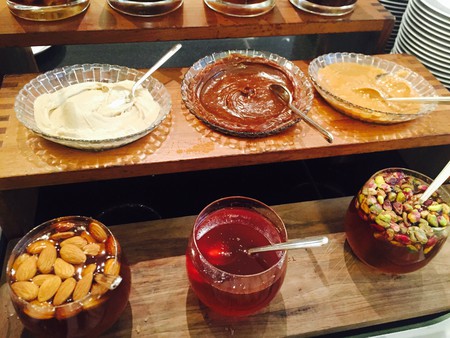 Eighty-five years later, the Palace Hotel has been turned into the Waldorf Astoria Jerusalem and has managed to preserve the history of the site. The Waldorf Astoria Jerusalem officially opened in April 2014. This beautiful and historical building was a six-year process of both construction and restoration by Yehuda Feigin, an Israeli architect, and Sinan Kafadar, a Turkish interior designer. The combination of both of their works has resulted in a luxurious yet contemporary masterpiece. The arched windows together with the glass ceilings that summit over the atrium create a feeling inside the hotel that one is truly inside the city streets of Jerusalem. The attention to detail in the décor of the building, as well as in the restaurant, is also a major addition to the uniqueness of the Waldorf. There is a florist that ensures the flowers throughout the hotel are in top condition and changes them daily on each table at the Palace Restaurant. 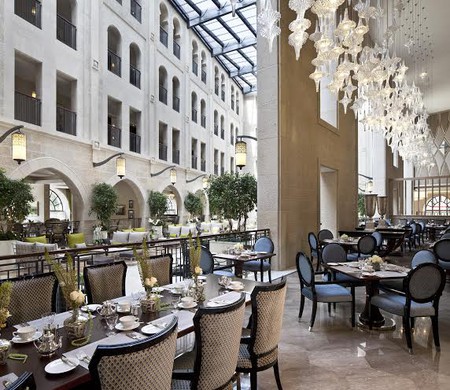 The Palace Restaurant | Courtesy of The Waldorf Astoria Jerusalem

Now most importantly – their breakfast. Included in the price of the hotel stay, or 155 NIS for those just coming for a serious indulgence, this is one breakfast you must have at least once in your lifetime. They have a wide array of choices, almost overwhelming so, with something for every taste, including those who follow kashrut, the health conscious, or for those with a sweet tooth. 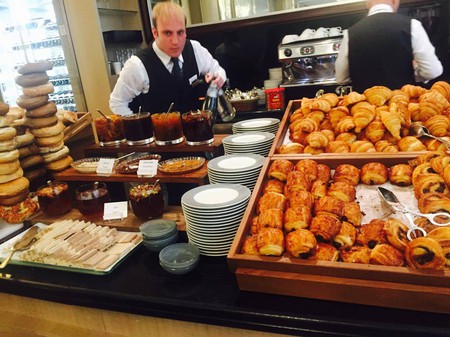 For the sweet tooth | Courtesy of Serena Carsley-Mann

Their magnificently presented buffet spread includes a large selection of fishes, including smoked salmon, herring, and tuna. They offer a rainbow of roasted vegetables, and fresh vegetable salads including more variations than you can possibly imagine. Their bread and pastry stand is to die for, with everything freshly baked. 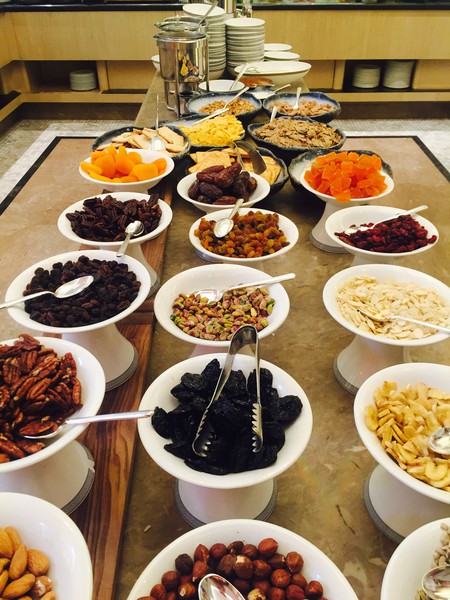 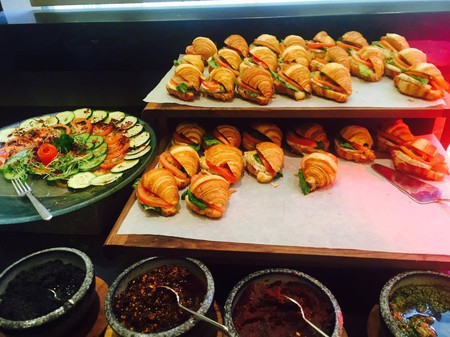 Not only is the buffet selection and arrangement out of this world, but they also have an à la carte menu for no extra charge and includes a choice of omelettes, eggs benedict with smoked salmon, waffles, pancakes, or French toast. Coffee made to order is also available at no extra charge. 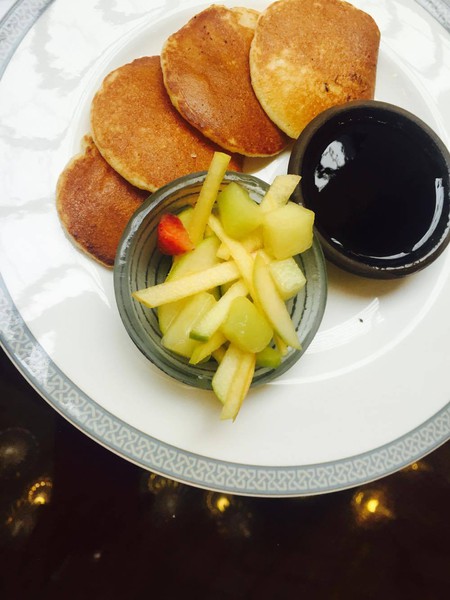 Furthermore, their service is impeccable, with friendly, smiling servers constantly making sure that everything is perfect and that all are satisfied. The Waldorf Astoria Jerusalem truly aims to give visitors the best and most comfortable experience possible. They have recently launched a new partnership with EL AL Israel Airlines, in which travelers will be able to check in for all EL AL flights from the Waldorf’s business center from 5:30pm to 6:30pm, Sunday through Thursday. Travelers can print their boarding passes at the hotel and have their bags taken directly to Ben Gurion Airport and put through security, enabling travelers to leave themselves much less time at the airport. This service is available for 549 NIS.

Learn more about or experience the Waldorf Astoria Jerusalem by visiting their website.

Serena Carsley-Mann is a native Montrealer and has been living in Tel Aviv for nearly five years. She is a passionate writer, foodie, and runner.