Top 10 Things to See and Do in Valencia's Historic Centre 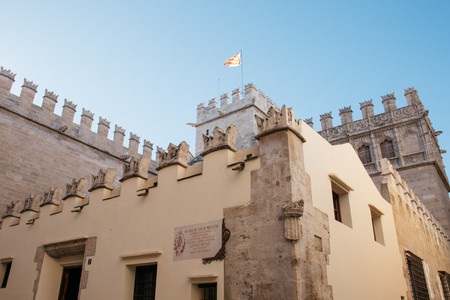 The easily walkable historic centre of Valencia is without a doubt the most charming part of the city and holds most of its main tourist attractions. Made up of five neighbourhoods in the Ciutat Vella (Old Town), formerly a walled city from Roman times, it’s perfect for wandering the cobbled streets and soaking up Valencia’s lively atmosphere. Discover the best the city has to offer with these unmissable things to see and do.

The mostly Gothic cathedral of Valencia is probably the city’s most famous landmark, and a stunning one at that. Make sure you peek inside at the lavish interior, filled with treasures including a chalice that’s said to be the Holy Grail itself. If you feel energetic, climb the 207 steps of the cathedral’s bell tower, known as El Miguelet (or Micalet in the local Valencian language) for some of the most amazing views over the city.
Open In Google Maps
s/n Plaça de l'Almoina, València, Comunidad Valenciana, 46003, Spain
+34963918127
Visit Website
Give us feedback 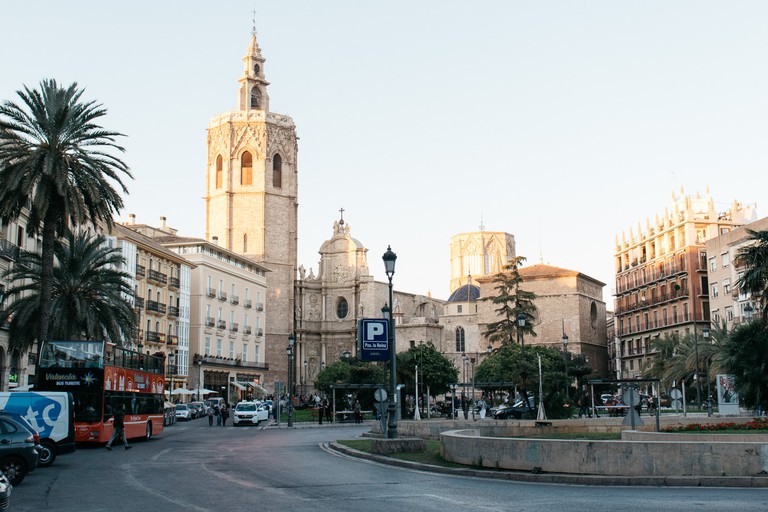 Jaser Cervantes / | © Culture Trip
Love it or hate it, the busy Plaza de la Reina is one of the liveliest spots in the city. This is where you’ll find several stunning buildings, including one side of the cathedral and its bell tower rising up at one end of the square, alongside much-loved local cafés serving up churros con chocolate and other treats. This is a popular spot for visitors, and it’s also where you’ll find gift shops, fast food chains, Irish bars, and much of the tourism-focused services in Valencia.
Open In Google Maps
Plaça de la Reina, València, Comunidad Valenciana, Spain
Give us feedback

The Quart and Serranos towers

These two sets of landmark city gate towers are remnants of the ancient walled city of Valencia. They were two of many parts of the walls fortifications, protecting the city from intruders. The towers have stood alone since the walls and other gates were demolished at the end of the 19th century to make way for the city’s rapid expansion. Today you can walk up and explore both towers, and enjoy the great views from the top. 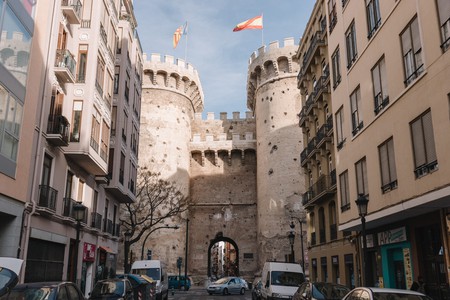 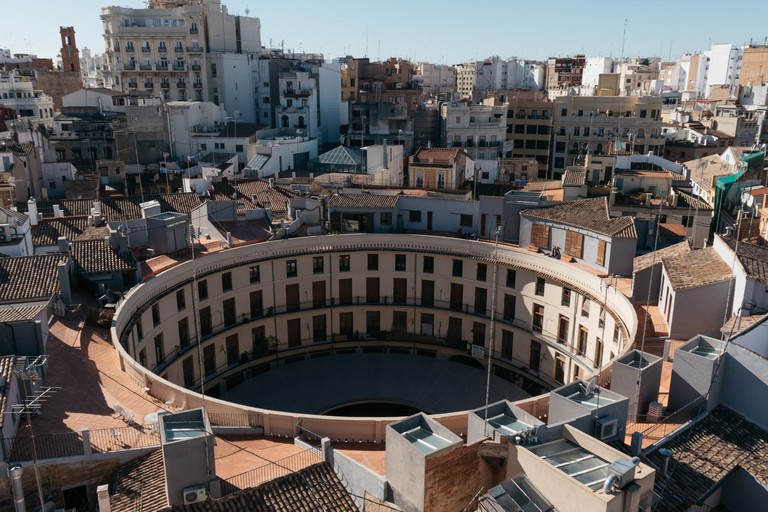 Jaser Cervantes / | © Culture Trip
This is a round “square” in the centre of Valencia’s Old Town with a restaurant of the same name, not far from the town hall and the Plaza de la Reina. There’s a circular building with a courtyard and fountain, and a lively, pleasant atmosphere with bars and restaurants all around. Some of these restaurants have inflated prices and a bad reputation, so you might not want to linger, but the courtyard itself has a great atmosphere and is very unusual.
Open In Google Maps
Valencia, Valencian Community, 46009, Spain
+34689688286
Give us feedback

One of the great things about visiting Valencia is how you can be walking casually down a seemingly average city street, and then unexpectedly come across a breathtakingly grand palace. This one in particular, built in 1740 by an aristocratic family, is famous for its stunning façade. The palace has been home to the Ceramics Museum since 1954, where you can see an impressive ceramics collection donated by Manuel González Martí. 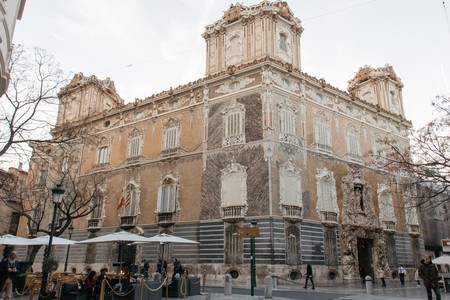 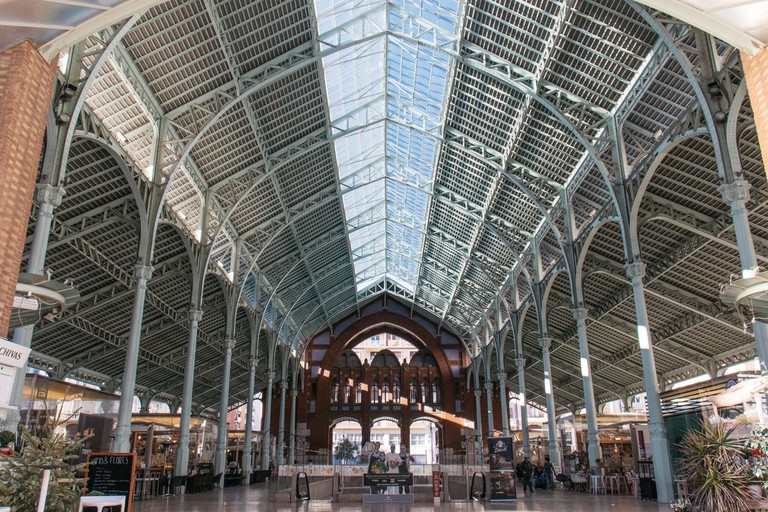 Jaser Cervantes / | © Culture Trip
This modernist National Monument in the city centre, just to the south of the Old Town, was originally a market for garden produce, fish and meat. The market stalls are long gone today, and instead the space now contains several chic cafes and flower stalls, and a space for changing photo exhibitions or events. The exterior is decorated with colourful tiles and has been carefully restored.
Open In Google Maps
19 Carrer de Jorge Juan, València, Comunidad Valenciana, 46004, Spain
+34963371101
Visit Website
Give us feedback

Probably Valencia’s most popular museum. When the Institut Valencià d’Art Modern, also known as the IVAM, opened in 1989 it was Spain’s first museum dedicated to modern art. The temporay exhibitions never disappoint but the real draw is its permanent collection. There’s a focus on Catalan sculptor Julio González, with almost 400 of his wrought-iron works collected here. You’ll also see around 100 of the impressionist paintings of local artist Ignacio Pinazo. The IVAM also boasts hundreds of other works from world-famous 20th-century artists, in various mediums. Smaller than museums in Madrid and Barcelona, it feels more easily accessible, has fewer crowds and is definitely not lagging behind in quality. 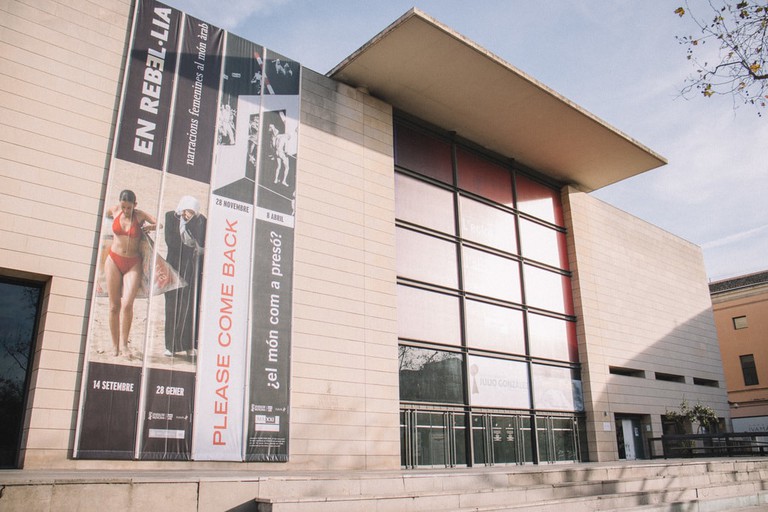