Top 10 Things to Do and See in Valencia, Spain

A unique collection of stunning architectural masterpieces, devoted to the spread of all things scientific and cultural, the City of Arts and Sciences is made up of five main buildings: the Hemisféric, which boasts an iMAX cinema and digital projections, the fantastic, interactive Príncipe Felipe Science Museum, the Palau de les Arts Reina Sofía, the Umbracle which boasts a terrace/restaurant which makes for a truly spectacular place to grab a drink or something to eat, and finally, the Oceangráfico. It is an impressive example of modern architecture, and arguably the modern heart of the city. Complete with beautiful streams and water areas, it makes for a spacious and relaxing area with much to do, see, and appreciate. By far the most unmissable thing to see in Valencia. 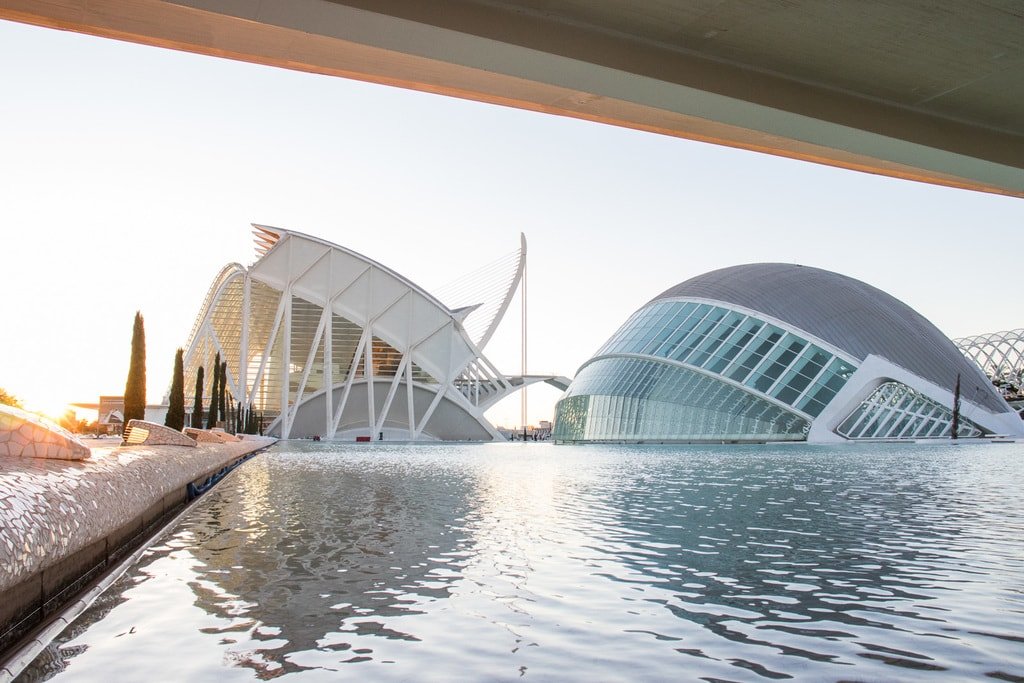 The Oceanográfico is part of the City of Arts and Sciences; however, being the largest aquarium in Europe with over 500 marine species, it is also an institution in and of itself. This huge aquarium offers a truly magical experience, where guests can wander through tunnels of fish and sharks in an immersive and captivating journey. There are separate buildings that are home to species from the Mediterranean, Temperate and Tropical Seas, the Red Sea and the Arctic; most popular is the dolphin area with its enchanting dolphin shows.

If the Spanish city you’re visiting has a beach, visiting it is a must. Valencia does indeed have a seafront, and it is a lively and beautiful one at that. With a warm sea in the summer, it is perfect even for a night time dip. Valencia actually offers a choice of more than one beach, with the stunning Paseo Marítimo just a few minutes out of the center, where visitors can relax with a traditional paella in the heart of the city which invented the dish. The beaches are a must to enjoy the sound of the sea and the warm and refreshing water on a hot day.

Built on what was previously a Roman temple and then a mosque, the origins of the Cathedral of Valencia can be traced back to the 13th century. The Cathedral is a unique and intriguing building which boasts several architectural influences and treasures, from the Romanesque to the Baroque. Head up to the terrace via the enchanting spiral staircase to enjoy spectacular views of the city, countryside, and sea. A true insight into the history and culture of Valencia, the Cathedral is a fantastic piece of architecture which demands admiration. 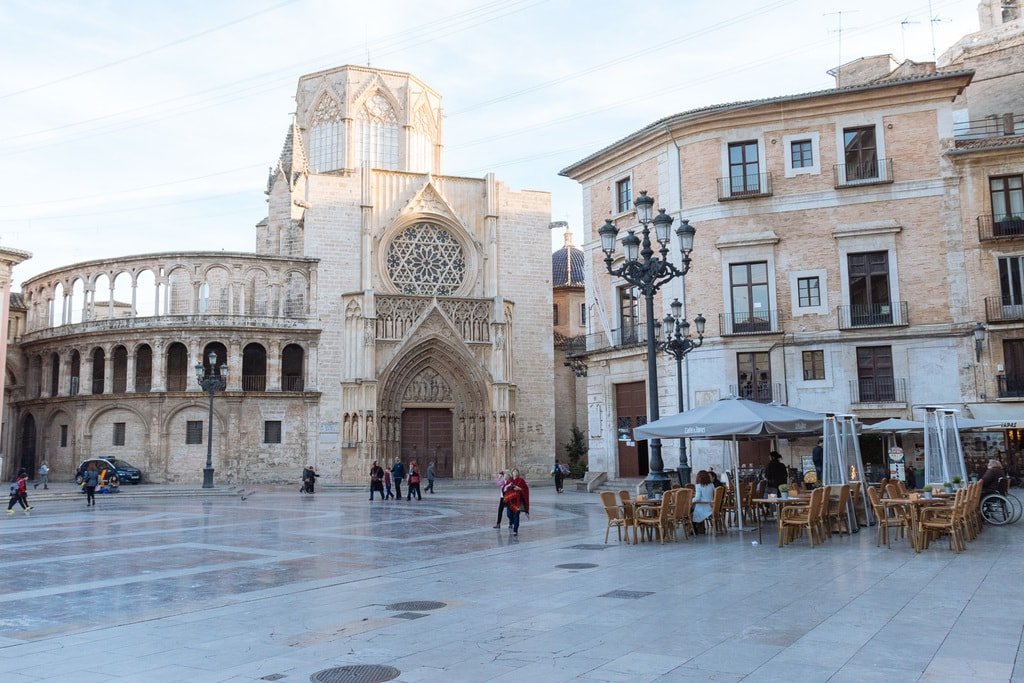 One of the oldest running food markets in Europe, the Mercat Central de València, or the central market, has true Valencian style, colorful on the outside and the inside, and complete with beautiful ceramics and mosaics. A true insight into daily Valencian life, this bustling market not only attracts tourists, but locals doing their weekly fresh food shopping. Regardless of whether or not you need groceries, you should certainly visit the central market purely to admire the splendor, decoration, and scale of the building, complete with an intricate glass dome standing 30 meters high and adorned with beautiful stained glass. 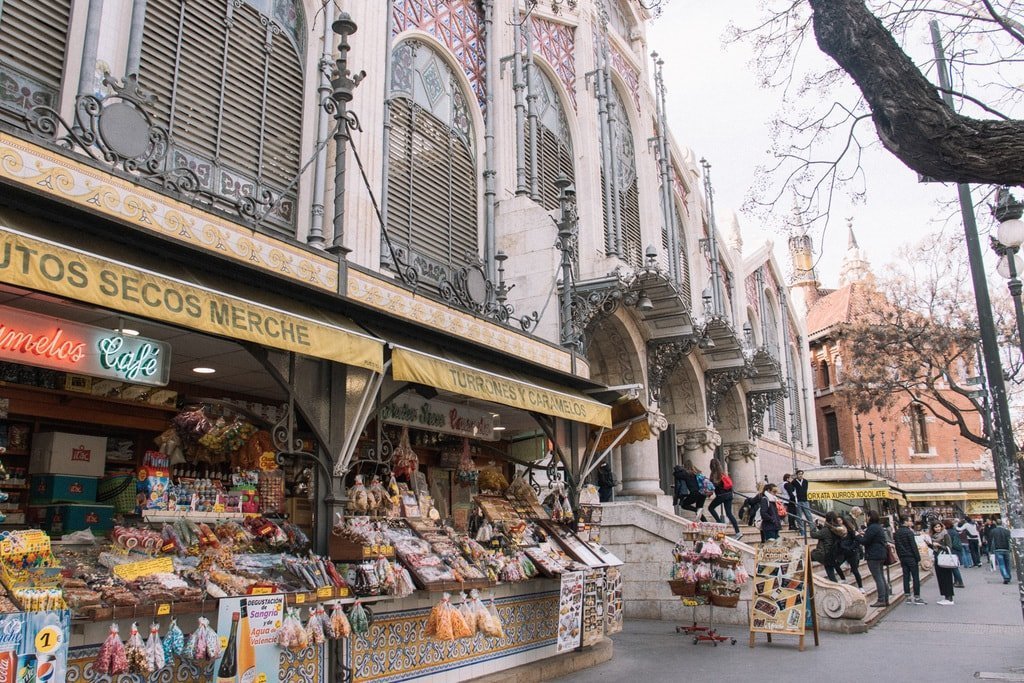 The largest and the most important square in the whole of the city, the Plaza del Ayuntamiento is home to the town hall, the magnificent central post office which stands as an admirable piece of historic architecture in itself and is complete with classic columns, and also acts as the grounds for the famous fallas festival. Uniquely so, the square is not a square at all, but rather, a triangle. Forever bustling with people, from flower vendors to commuters, it is perfect for people watching, and great for photography. Complete with a huge and beautiful fountain, the square has an almost majestic feel, both bustling and tranquil at the same time. 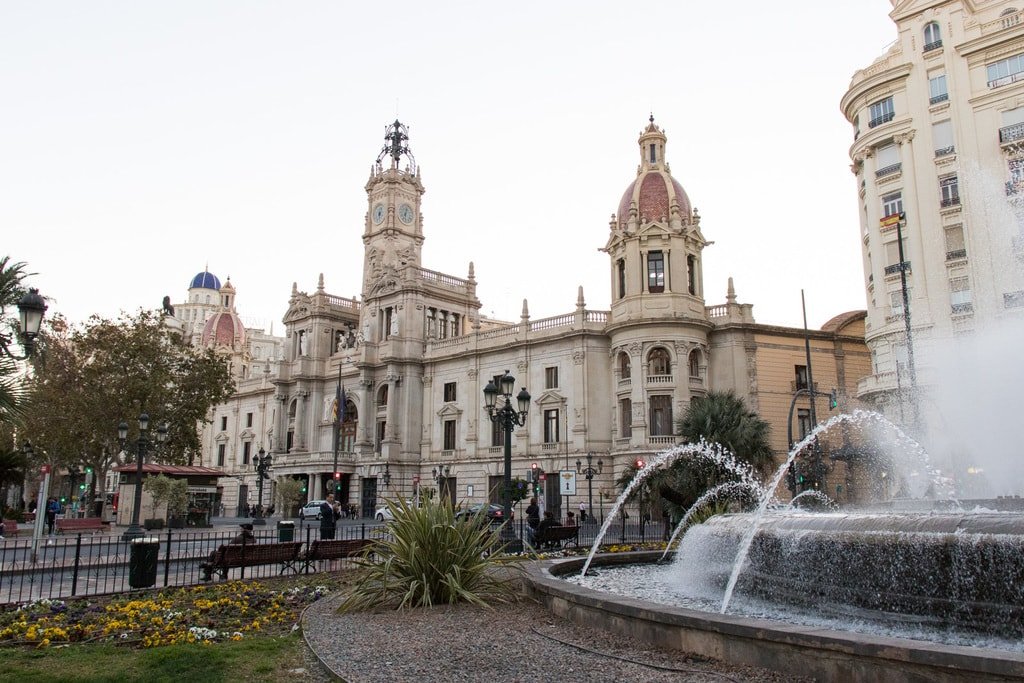 Last, but certainly not least, Las Fallas is a festival that only happens around March each year, but is arguably worth planning your holiday times around. As if the city wasn’t lively enough, when Las Fallas happens, the atmosphere is indescribable. Undoubtedly one of the most unique festivals in the whole of the country, Las Fallas is celebrated in order to welcome the spring. The streets fill with tradition and art in the form of the most spectacular floats and costumes, in a celebration which lasts around a week. So for fireworks, traditional costumes, and the most amazing floats and atmosphere, Las Fallas should not be missed.