Untitled | Courtesy of L'Ermità Café Cultural Valencia
El Carmen, one of Valencia’s oldest and most popular districts, is known for having a busy nightlife. Everybody knows that Spaniards know how to party, and we’ve found its best bars.

Jimmy Glass Jazz Bar opened its doors in 1991, which makes it the longest-standing and most prestigious jazz club in Valencia. The bar has quite a following and has hosted big names such as Lou Donaldson, Pat Martino and Al Foster. They feature four concerts a week: an international artist evening either on Tuesdays or Wednesdays, a singing duo/trio night on Thursdays, varied line-ups or a jam session once a month on a Friday, and a piano solo or duo on Saturdays. They make original cocktails named after historical jazz clubs. Sandwiches are sold at international concert intermissions and tapas on Thursdays, Fridays and Saturdays.

This cozy bohemian café/bar is a favorite among Valencians. They often exhibit photos and artworks and they organize a drawing workshop called ‘drink and draw’ every Tuesday. They also host an English-Spanish conversation night every Wednesday, so if you want to brush up on your language skills or meet new people, this could be the perfect occasion. If you enjoy live music, preferably blues or swing, look up their next concert evening. They also organize an occasional board-games night, so at L’Ermità you won’t easily get bored.

This bar/club specializes in rock, hard-rock and metal music – a real find for anyone who loves these music genres. You can suggest songs on their website which they may later add to their playlist. They organize cafe-theater evenings at certain times of the year where they invite comedians, actors or magicians to perform a show. Among other drinks, they serve the tasty hidromiel (or mead), a popular beverage which is believed to be the precursor of beer. Like many Spanish bars and nightclubs La Flama opens late, so come here after dinner to have some drinks and enjoy the music.

If you feel like chilling out on a terrace, Trapezzio Café might be the perfect place for you. This cafe overlooking the Músico López Chavarri square doubles as a gay-friendly bar at night. The atmosphere is relaxed, their terrace is large, and on Thursday nights cocktails are cheap. They also organize English conversation classes on Fridays if you want to meet local people and help them improve their English. If you liked the bar’s atmosphere in the evening, you can come back during the day and have a coffee sitting in the sun. 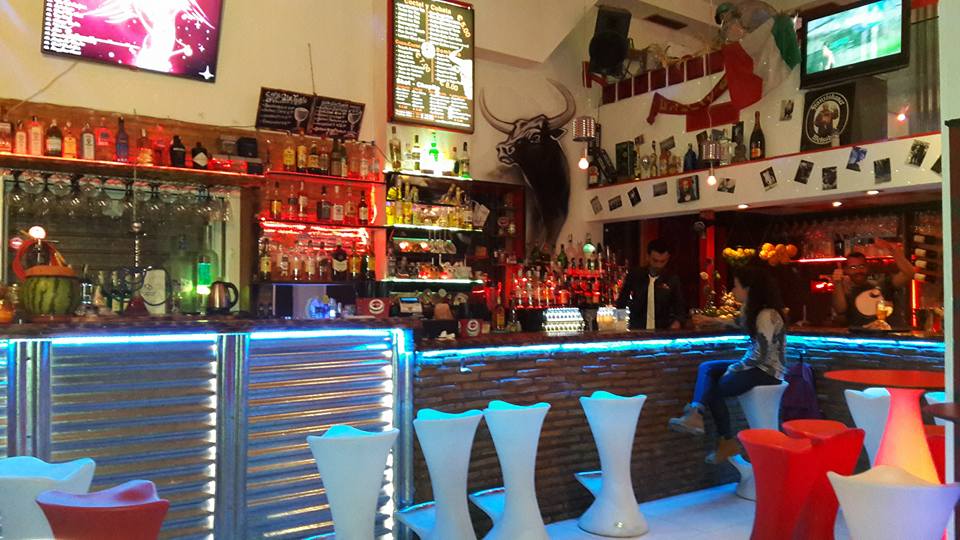 Blanco y Rojo is a trendy bar/nightclub best known for its delicious cocktails. It is also famous for the professional and occasionally acrobatic service of its bartender, who founded his own bartending school. The chupitos (or shots) are good too, and the prices are reasonable. The music is mostly commercial pop, reggae and Latino music. This is a great place to hang out with friends, and while you’re there, be sure to smoke one of their hookahs in good company.