How To Attend a Levante UD Match 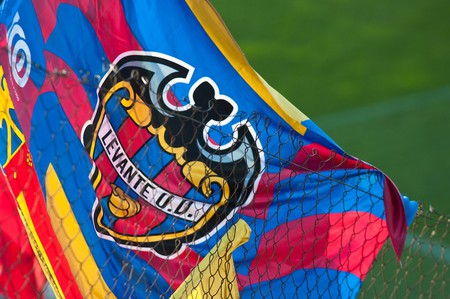 The flag of Levante UD, featuring the bat, one of the symbols of Valencia | Flickr/Carlos RM

Valencia, Spain’s third city, is best known to football fans for its historic Mestalla stadium, home to Valencia CF. But this is not the only – or the oldest – club in town. Traditionally a working class team, Levante Unión Deportiva, or Las Granotas (the frogs), formed in 1909 and has a loyal following. If you want to check out a match at their home ground, here’s how to have the best possible experience.

With a capacity of just over 25,000, Estadi Ciutat de València (City of Valencia Stadium) opened in 1969 as a replacement for the club’s old ground, Estadio de Vallejo. Found in the Orriols district toward the north-east of the city, it’s the place to go for football fans wanting to experience a smaller game with plenty of atmosphere. 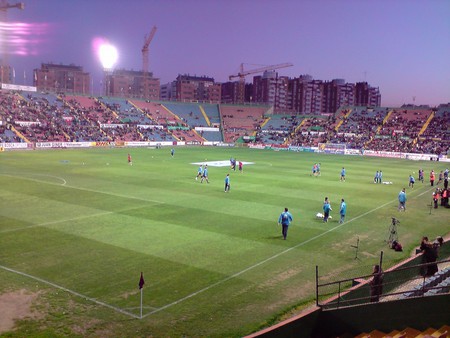 Ticket prices start from €15 ($19) for lower-level matches with seats behind the goal to around €35 ($43) for a covered spot on the main stand. Prices can be much more for matches against bigger clubs. The quickest way to get one is on the Club’s website or at the ticket windows of the stadium. You can also buy tickets on the day, as Levante games rarely sell out.

There are plenty of places to go for a drink before the match, or for a quick tapas dinner after. The stadium is in a residential area but there are still plenty of small and very local bars around where you’re sure to get a warm welcome whatever language you speak if you’re cheering for the team – even more so if you’ve got the Levante scarf or t-shirt. Though many fans also go to celebrate or commiserate in the city centre.

The best way to get there from the city centre is by metro. The nearest metro station to the stadium is Machado, served by lines 3 and 9. From the city centre or main train station, catch line 3 (red) in the direction of Rafelbunyol from one of these central stations: Xativa, Colon, or Alameda. It takes about ten minutes, with a five-minute walk from Machado station to the stadium.