7 of the Best Asian Restaurants in Valencia 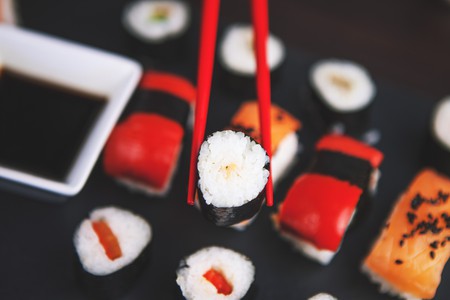 With a large asian population in Valencia, there are some nice restaurants offering delicious asian cuisine if you know where to look. However, asian cuisine here is usually modified for Spanish palate, so authentic flavours can be difficult to find. But there are still some good spots to seek out, and we’ve rounded up the best options that should satisfy any cravings.

There’s a cluster of Japanese restaurants in the Canovas area, which is known for its nightlife and nice restaurants. But this one is by far the best, with friendly service and an innovative, good-value menu containing both traditional dishes like spicy ramen, tuna tartar and, of course, sushi. They have both traditional sushi rolls and unusual varieties incorporating local flavours – it’s difficult to imagine an amalgamation of sushi and tapas, but that’s exactly what they serve and it’s delicious. You’ll just have to try it and see for yourself.

In the university area you’ll find this atmospheric little restaurant owned by a Thai couple (the chef and her husband, a former journalist) who have decorated the dining room with countless interesting photos from their travels. The food is fresh and tasty and they have a cheap lunch menu, though the food is better when you order a la carte. While the dishes might not be exactly what you’d get in Bangkok, it’s still a great choice if you’re craving some spring rolls, crispy prawns, chicken satay or green curry. 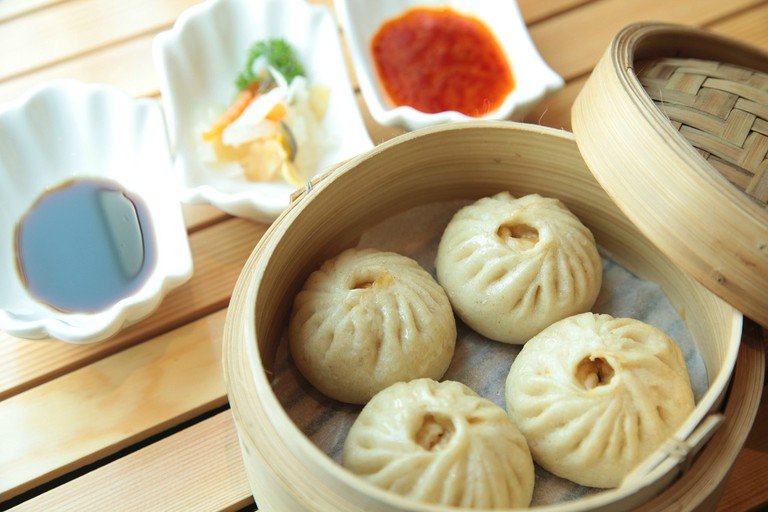 This little Chinese restaurant might surprise you. The menu is exhaustive, but the food is fresh, tasty and inexpensive. Plus, the staff are extremely nice and can’t do enough for their customers. A great choice next to the Turia Gardens and within easy walking distance of the City of Arts and Sciences.

Not the most famous or fancy Chinese restaurant in town, but one of the most authentic. Casa Ru was a long-standing local Spanish bar and is now owned and run by a Chinese family. There are a lot of Chinese-owned bars in Valencia, most of which serve Spanish food, so this fact alone doesn’t make it “authentically” Chinese. But it’s gaining a reputation for its surprisingly good, cheap food. Grab a table and ask the waiters for recommendations, which might include the popular steamed dumplings, vegetable fried rice or various soups and stews. If you like a bit of spice, order the chicken with chilli peppers – don’t be put off by its appearance, it’s not that hot despite the mountain of fiery-looking chillis on the plate.

Sushi Yoki is another good value option for sushi in Valencia. There’s a large and varied menu featuring everything you’d hope for, including miso soup, spring rolls and all the classic sushi rolls in endless combinations. 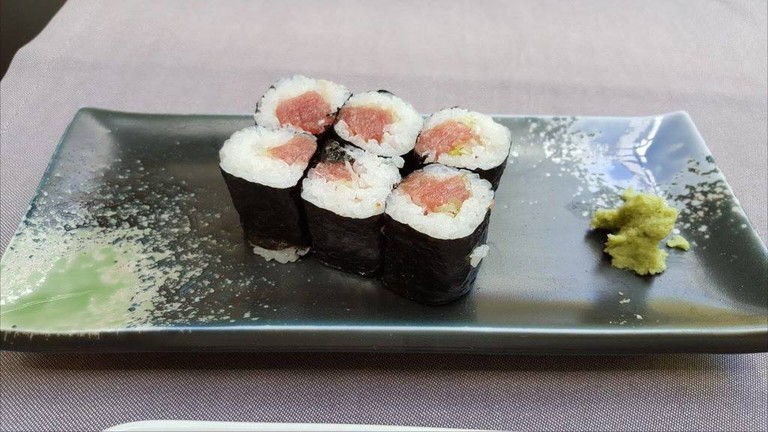 If you’re serious about finding the best-quality Asian cuisine, try the stunning Komori restaurant at the Westin Hotel. The quality, service and of course the prices are all sky high, but it’s a treat you definitely won’t regret splurging on. Head chef Víctor Serrano came here from the renowned Japanese restaurant Kabuki in Madrid. The menu features everything from a wagyu burger to butter fish with white truffle pate, all made with fresh local ingredients. If you can’t decide, go for the tasting menu to try a good selection of main dishes.

In the trendy district of Ruzafa you can find this popular spot, which is quickly becoming one of Valencia’s favourite Japanese restaurants. It’s a friendly place serving Japanese dishes tapas-style, with the small plates arriving at the pace the customer is eating, and waiters making great recommendations. The sushi is great, but don’t miss their hot dishes, such as the giyozas, and save room for some green tea ice cream for dessert. It gets busy and slightly chaotic in the evenings and they don’t take reservations, so arrive early (before Spanish dinner time) if you want to be sure to get a table without waiting.