“There's No Tearing it Down”: The People Behind Dublin’s Wave of Feminist Street Art 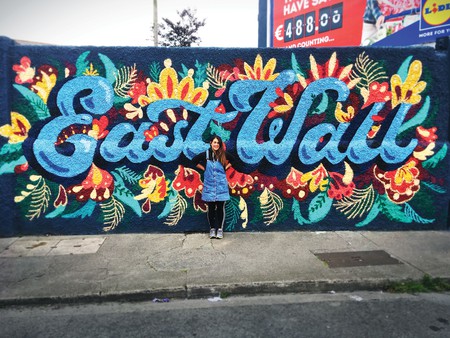 Bucking the stereotype of the lone-wolf street artist, a group of Irish women have found solidarity in a city not entirely hospitable to their craft. Together they are changing Dublin’s visual landscape, using bold colours, clear messages and ample talent to communicate their convictions.

Holly Pereira’s journey to making murals began in a bathroom. When someone asked the Dublin-based illustrator to draw on a restaurant toilet wall back in 2015, the commission sparked an addiction to the artform. Today, she’s a proud member of Minaw, the Ireland-based collective of female street artists.

The name derives from mná – the Irish word for women – and the group currently consists of eleven artists who regularly come together to collaborate and share ideas and opportunities. Pereira says membership helped ease her transition into the medium. “I was 35 when I started using spray paint, I felt like a bit of a dinosaur,” she explains. “I had absolutely no clue what to do, but the Minaw members were really welcoming and showed me the ropes.” 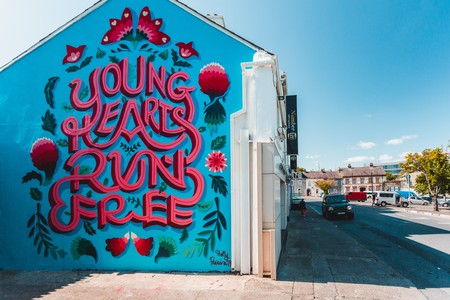 Formed in 2013, Minaw solidified a network of relationships that had built up naturally among female street artists working in Dublin. “We were seeing each other at jams and festivals, chatting a bit,” original member Emily Nayhree Dawson recalls. “We were all doing fine individually, but forming the collective meant we had support, and friends to share processes and arty questions with. Being in a team meant we could have those added extras.”

“Because we’re all independent of each other, we have different styles and techniques in our own crafts,” says Kathrina Rupit (aka KinMx), the Mexican-born, Dublin-based artist who originally thought of forming Minaw. “When we come together we’re able to have this nice exchange.” An example is the regular collaboration between members Jess Tobin (aka Novice), also an illustrator, and Vanessa Power (aka Signs of Power), who specialises in hand-painted typography. Their most recent co-creation was a mural of a muscular Superwoman, accompanied by the hand-drawn words “Super as you are”. While they worked on it, Holly Pereira was painting another wall nearby. 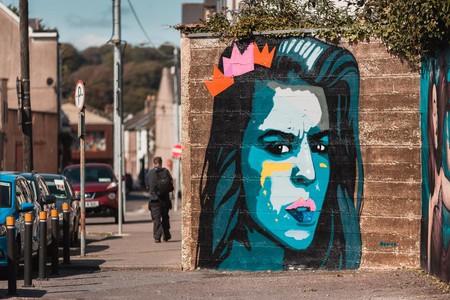 Many examples of street art (such Jess Tobin aka Novice’s work) can be found on the Waterford Walls, due to the city’s leniency toward street art | © Jess Tobin

“As a freelancer, work can get pretty lonely at times,” she says. “It’s great to have a community to ask questions, run ideas by and learn from.” Coming together to work side by side, they’ve created space for a community of like-minded women within a typically solitary and male-dominated career. “While I never felt anything but encouragement from the male street artists and graffiti writers I know, it’s really good to be with female artists for the shared experience and process of painting,” Pereira says. “Also, they always know where the nearest toilets are.” There are other practical benefits to working together. Depending on the scale and level of detail involved, murals can be laborious, physical work – the more hands the better. But creating solidarity seems to be the priority.

Dublin’s street artists have coalesced more in general in recent years, especially around the policies governing their field. While other Irish cities like Waterford have embraced street art – the annual Waterford Walls street art festival drawing crowds of tourists – the capital’s relationship to it is still evolving. Subset, another collective, has been particularly vocal in pushing Dublin City Council to relax current legislation, which requires planning permission to paint a mural on a property, and has led to popular works being ordered to be removed. The closure of businesses that championed street art, such as The Bernard Shaw pub and the Tivoli Theatre, has been another blow, in keeping with a wider trend of creative and community spaces closing to make room for chain hotels.

Street artists have also united around broader political causes, particularly women’s rights. Before the referendum on repealing Ireland’s constitutional ban on abortion in 2018, Pereira and two fellow artists painted a mural outside The Bernard Shaw, featuring the words “Our Bodies, Our Lives, Our Choice” in swirling letters. Through their public claim on that piece of wall, she says their intention was “to create a visual alternative to the pro-life posters dotted around town,” to “reclaim some ownership over our (female) bodies.” While male contemporaries like Maser and the artist known as Aches also contributed pro-choice works, many female street artists expressed feeling deeply invested all the way through that campaign. “I remember being really nervous about the outcome,” Periera says. 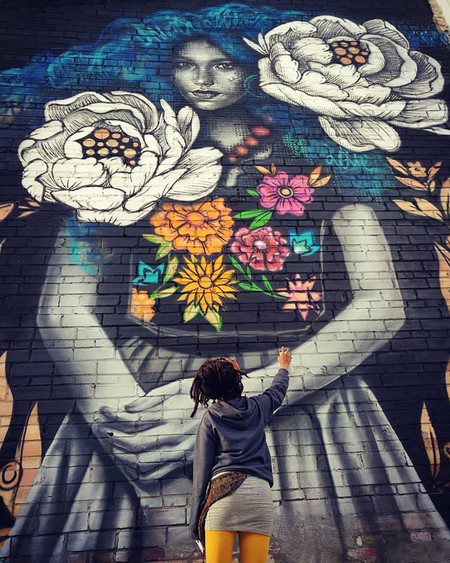 “A lot of the time I’m motivated by an issue that I feel passionate about, that I can’t just ignore,” Emmalene Blake says of her work. “I feel I need to put it on a wall and have my say on how I’m feeling about it.” In 2018, she created a mural of different types of underwear, each bordered by the words “Not Asking For It”, after a defense lawyer used an accuser’s thong against her in an Irish rape trial.

Even when the work isn’t overtly feminist, the increase in images of female icons around the city (including Blake’s portraits of Irish boxer Kelly Harrington) is a statement in itself – women are, visibly, taking up more space in Dublin. “There is power in painting such a large image or piece of work,” Pereira says about public murals – a type of art she believes can have a massive influence on cultural discourse. “For a start, the work is big, there’s no tearing it down and putting it in the bin,” she says. “Whether you agree with the statement or not, it opens up a conversation, which for me is the biggest asset art can provide.”

Still, there are things she wouldn’t paint on a public wall. “There is more personal work I do that centres around the vagina and its various monikers, but I wouldn’t feel so comfortable painting that on a street,” she says. “I’m conscious that not everyone shares my enthusiasm for vagina slang! Therefore, I need to find a way to present that message in a more subtle way. It’s more difficult, but I think that’s the deal when it comes to public artwork.”

For its part, she hopes that the city council will start taking the role of public art seriously. “I feel that Dublin needs to be a little more open to the fact that art in a city can be a benefit and a draw, for both visitors and citizens,” she says. 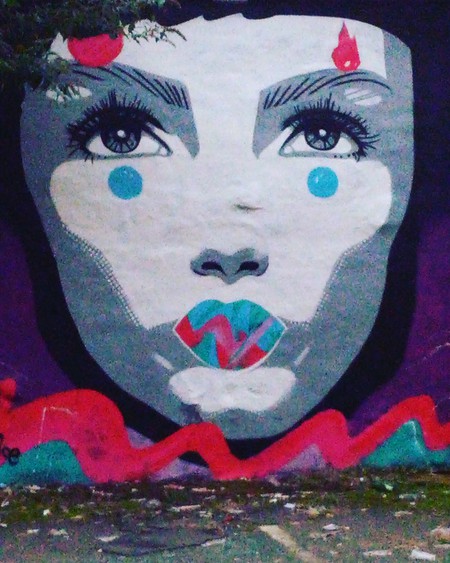