Inside The Liberties, Dublin’s Most Interesting Neighbourhood 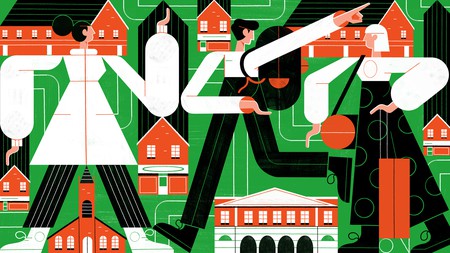 With a distinctive character and an independent spirit, Dublin neighbourhood The Liberties has kept a firm hold on its individuality across centuries of cultural change. To find out what makes this vibrant area so unique, Culture Trip went right to the source: the people who live and work here.

With its welcoming yellow shopfront, antique reading chairs and second-hand volumes stacked precariously on floor-to-ceiling shelves, Marrowbone Books feels as if it’s been part of centuries-old Dublin street The Coombe for some time. In reality, it’s one of many new businesses to arrive in the area known as The Liberties over the past decade. 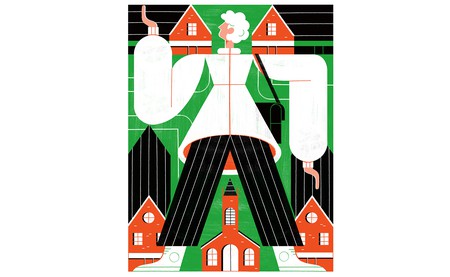 “We’ve lived here for nearly 10 years, so it seemed like the natural place to start our bookshop,” explains Lily Power, co-owner of the store, which opened in 2017. Her favourite thing about the location is the history. “Running a shop on The Coombe, we get to hear other people’s memories of the area a lot. Older people often come in to tell us stories about it and the different businesses that used to be here over the years; we love hearing those stories.”

And The Liberties definitely isn’t short on stories. Having grown out of a 12th-century suburb of Viking Dublin, this is one of the capital’s oldest districts. It was officially designated a ‘liberty’ after the Anglo-Norman invasion; this meant that it was considered part of the city, but allowed to retain its own structure of local government. At that time, the area lay outside of the Medieval city walls.

Those walls may be long gone, but in many ways The Liberties remains its own entity within wider Dublin, with its own distinct atmosphere. After speaking to a wide selection of residents, historian Maurice Curtis, author of The Liberties (2013), concluded that what gives this district its unique “aura, magic and mystery” is the people that live and have lived here. Fink, one of the neighbourhood’s most prolific street artists, echoes this sentiment. “It’s the personality of The Liberties that drew me to start to paint here around 15 years ago. It really is the heart and soul of Dublin.”

For all its history and heart, The Liberties hasn’t had it easy. Though it was Dublin’s industrial backbone for centuries, it has also suffered devastating poverty, and less than 10 years ago, places like Thomas Street – the area’s main thoroughfare – were left run-down and neglected after the property bubble burst. Leonard Fagan, who runs Jas Fagan’s Communion Shop (first opened by his father in 1971), saw the changes of the last few decades first-hand, and feels that Thomas Street still hasn’t recovered from the Celtic Tiger boom and bust. “It was very negative from a retail point of view; a lot of the shops and street traders went. It’s mostly tourists going to the Guinness Hop Store and the whiskey distilleries who walk the street now.” 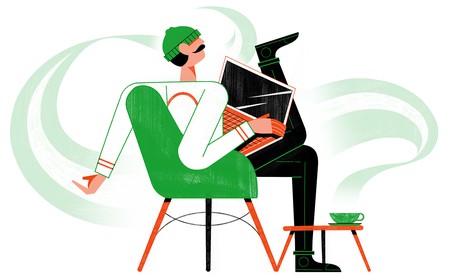 Still, new independent businesses are cropping up all over The Liberties. Several of the city’s best cafés – The Fumbally, Legit Coffee Co., Two Pups Coffee – set up here during the past 10 years, bypassing the astronomically expensive city centre to take advantage of relatively affordable rental space.

However, it wasn’t just the prices that attracted them; they were also drawn to the area’s track record as a haven for small businesses and budding entrepreneurs, from the French Huguenot silk weavers of the late 1600s to the ambitious whiskey distillers of the 18th and 19th centuries. The Liberties has always opened its arms to those with a dream and the willingness to work hard enough to pull it off – like Arthur Guinness, who signed a 9,000-year lease on a disused brewery at St James’s Gate on New Year’s Eve in 1759. There’s a palpable sense of belonging and community among independent traders here, regardless of whether you’re a local or not, that seems to make setting up on your own a little less daunting.

John Mahon, who opened Lucky’s bar, café and pizza yard on Meath Street with two friends in early 2018, is one person who took the plunge. “The area just oozes character,” Mahon says. “The city centre is becoming increasingly homogenised, saturated and, to be honest, dull, so it’s nice to be on the fringe of things where it’s all a bit more interesting.”

Mahon is happy to be bringing fresh business to his new neighbourhood, but also pleased to see it to retain its charm. “There’s been a huge influx of people into the area, and that’s going to continue, but its original character is still very much intact. The old-meets-new aspect leads to some great moments – it’s not uncommon to see a horse tied to a lamp post when its owner is in a café grabbing a flat white.”

Still, he too worries about the future of The Liberties. “The area is undergoing a lot of change right now, probably more so than anywhere else in the city, but it’s a weird mix of overdevelopment and underdevelopment. They’re building new hotels and student accommodation, but it badly needs affordable houses. And reopen the Iveagh Market, for the love of god!”

He’s referring to an Edwardian-era indoor market on Francis Street that closed in the 1990s, and has been under lease, awaiting restoration, by Dublin developer Martin Keane ever since. With a major new urban centre planned for St James’s Gate by alcohol multinational Diageo, and after the much-loved monthly Dublin Flea Market lost the premises in Newmarket it had used for 10 years when the building’s owners decided to develop the site, many are worried that small businesses and local craftspeople might be squeezed out of The Liberties as growth continues. 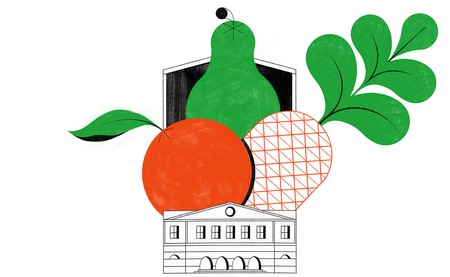 Marja Almqvist, a graduate of Thomas Street’s National College of Art and Design, is attempting to combat this by bringing back a traditional local craft to the area. This summer she ran five Weaving in The Liberties taster workshops, and in September a full 10-week course will begin.

“The ultimate goal of the project is to present a different face to The Liberties, other than Guinness and whiskey,” says Almqvist. “We want to remind ourselves, and tourists and visitors to our area, that this is an ancient artisan area that has sustained multiple and diverse communities and cultures for many generations. We want the current residents of The Liberties to be actively involved in developing the future story of their communities, and not allow themselves to be swallowed up by big business and property developers.”

A Liberties resident who wants the same thing is Derek Maguire. Born and raised in The Liberties, he now leads visitors around the neighbourhood as a guide for Secret Street Tours – a company that employs people affected by homelessness. He’s happy to see regeneration going on in the area, and that it’s becoming more multicultural, but stresses that there’s still a lot of poverty here. “The community themselves have done a lot of work to pull The Liberties up, but I’d like to see more resources being put in for the people who have lived here all their lives, for generations.”

Back on The Coombe, where many of those original weavers had their homes during the 17th century, Lily Power of Marrowbone Books advises anyone visiting The Liberties to just wander around, making sure to visit all the small shops and markets around Meath Street and Francis Street, and take in the interesting mix of historic buildings and architectural styles. “There’s so much to like about The Liberties,” she says, and she’s right. Let’s hope it stays that way.