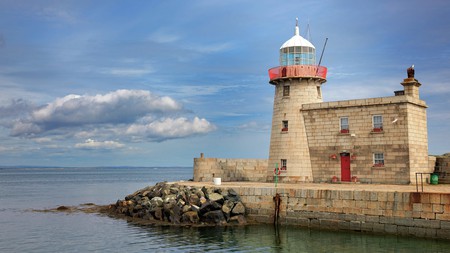 Visitors who venture outside of Dublin’s city centre and business districts can discover thriving neighbourhoods and villages that retain plenty of local charm. These are destinations in their own right, brimming with excellent eateries, traditional pubs, hidden parks, beautiful architecture and historic landmarks.

After you’re done exploring Dublin’s relatively small city centre, hop on a bus, tram or train, or stroll on foot to one of these neighbourhoods to see Dublin from a more local perspective.

If you want to experience ‘Old Dublin’, a trip to The Liberties is a must – it’s by far one of the capital’s most eclectic neighbourhoods. It’s also home to the city’s most recognisable landmark – the Guinness Storehouse brewery, which has been making the famous black stuff since 1759. When the wind blows through these cobbled streets, you might catch a whiff of the distinctive wheaty tang wafting from the towering brewery. In recent years, several new distilleries have opened in the area, making it a must-visit for anyone looking to sample a local tipple.

The Liberties is a real hodgepodge of Dubliners, from students at the National School of Art and Design, Ireland’s most prestigious art school, to friendly shop owners running long-standing family businesses. Visit the old-school covered Liberty Market, which sells all manner of home goods, bric-a-brac and clothing; the nearby Meath Street is where traditional independent butchers, fish shops, bakeries and grocers hawk their local produce. Antique lovers can’t miss Francis Street, which features a row of beautifully curated shops selling one-off items for treasure hunters. 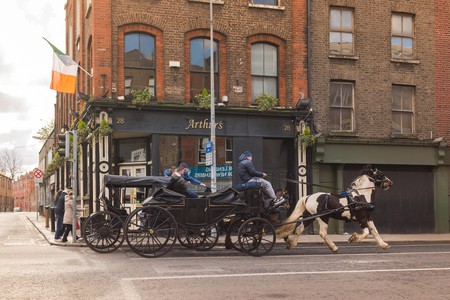 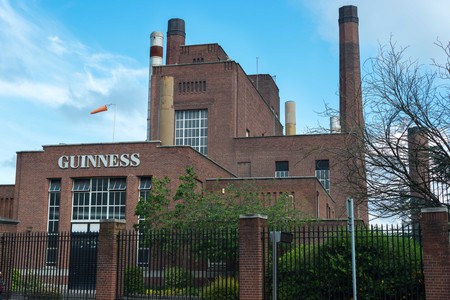 The leafy suburb of Glasnevin is home to two of Dublin’s most intriguing attractions: the National Botanic Gardens and Glasnevin Cemetery. While the cemetery is still in use, it’s also a celebrated landmark, with a visitor centre that details momentous events such as the 1916 Easter Rising and the War of Independence, as well as listing the historic Irish figures buried in the cemetery.

Once you’ve learned about the lives and deaths of Ireland’s most famous faces, wander next door to the Botanic Gardens, which boast stunning Victorian glasshouses that are home to a plethora of exotic and indigenous flora. The sweeping grounds are the perfect place to linger with a coffee and cake from the café. Glasnevin itself is an established Dublin neighbourhood filled with beautiful Victorian homes and is inhabited largely by families; for somewhere a little livelier, a short walk away is the buzzy neighbourhood of Phibsborough. 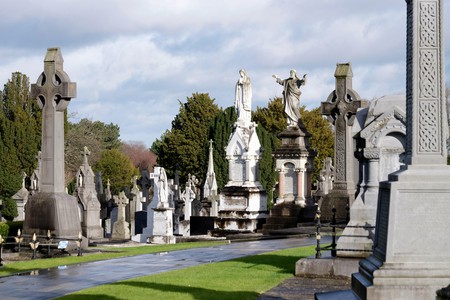 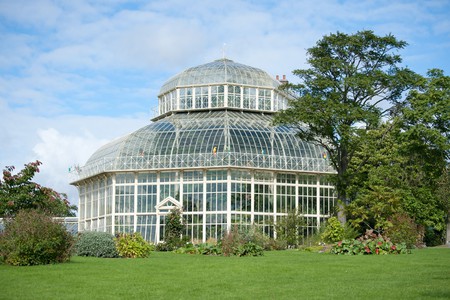 Phibsborough is a neighbourhood to the north of the city centre, and can be reached by jumping on the green-line Luas tram. The architecture is a mix of Georgian homes, quaint Victorian pubs and Brutalist ’60s shopfronts. The denizens of Phibsborough are just as varied: hipsters, families, young workers and Dublin locals. It’s a trendy suburb, but one that still has a while to go before succumbing wholly to gentrification; you are just as likely to see a hipster sipping a craft beer at one of the many pubs as you are a local resident with a pint and a newspaper. If you’re looking for a lively neighbourhood that’s easily accessible from the city centre but still offers plenty of authentic hang-outs for your stay in Dublin, this could be the place. Many old boozers have been kitted out with open terraces and contemporary kitchens while retaining their original charm, and Phibsborough also features a great mix of eateries, from cafés with excellent coffee to busy bistros.

A brisk walk south of the city centre is the neighbourhood of Rathmines, a historic suburb that in recent years has experienced an influx of new businesses; the main street is lined with cafés, restaurants, second-hand shops, boutique grocers and buzzing bars. Highlights include the Stella Theatre, a vintage-style cinema that showed its first flick in 1923 and has since been lovingly restored to its former Art Deco glory. Rathmines is also a prime foodie destination, with a variety of venues, from old-school chippies to blink-and-you’ll-miss-it Middle Eastern joints. Rathmines is in one of Dublin’s most expensive postcodes, but it still retains character and a little urban grit. Many of the grand Georgian houses are inhabited by young professionals and students who rent the converted flats, as well as by moneyed young families. 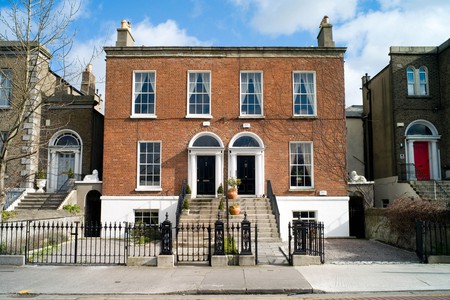 Dublin is a coastal city, and a trip to one of its villages by the sea is a must when visiting. Howth is a 40-minute train ride north of the city centre, and this bustling neighbourhood is one of the best places to enjoy fresh seafood caught in the surrounding waters. Work up an appetite by walking the beautiful Howth Head, a cliff path that will reward you with sweeping panoramic views across Dublin Bay and beyond. For something a little less strenuous, head down the pier for views across to Ireland’s Eye, a tiny island just a short ferry ride from the mainland.

Howth attracts its fair share of tourists but is still mostly populated by young families and frequented by local residents seeking a day out by the sea. History buffs should make a beeline for Howth Castle; just 10 minutes from the heart of the village, this grand dwelling has been occupied by the same family for 800 years. When you’re feeling peckish, peruse the selection of fish and chip shops lining the seafront for Dublin’s best seafood specialities, or head into Howth Market to find an array of gourmet cheeses, olives and handmade sweets. 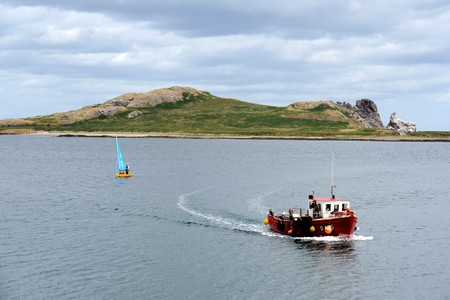 Another seaside village with plenty on offer is Clontarf, a leafy suburb that’s laden with history – Bram Stoker, author of the novel Dracula (1897), was born here in 1847. The main road through the village runs parallel to Dublin Bay, and the handful of restaurants and cafés along here offer views across the water. To soak up the seaside atmosphere, take a walk down the wooden pier that leads to Bull Island, a long narrow island just off the mainland with a stretch of white sand and glorious sea views. Back on solid ground, be sure to take a stroll through St Anne’s Park and Rose Gardens; head here on a Saturday for the farmer’s market. For a more luxurious dinner destination, head over to Clontarf Castle, a 12th-century dwelling that’s now a popular hotel and restaurant. 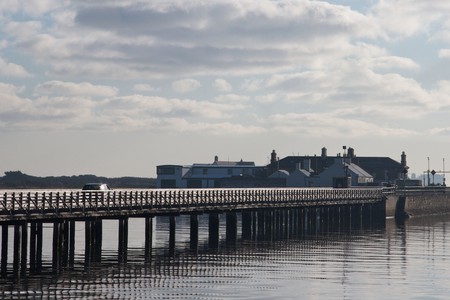 For a side of celebrity-spotting with your seaside visit, jump on the train and head south to the coastal suburb of Dalkey. Soak up the rich history of the neighbourhood at the Dalkey Castle and Heritage Centre and take a living history tour, complete with costumed actors from different eras of Ireland’s history. The busy village has plenty of bustling gastropubs and restaurants, where you just might spot high-profile locals such as Bono, Enya or Van Morrison enjoying a quiet meal.

To get up close to the wild beauty of Dublin’s coast, take a five-minute ferry trip to Dalkey Island, a small slice of land inhabited by scores of wild rabbits and goats, as well as ancient ruins and a Martello tower. Those seeking a little more adventure can make the journey by kayak, which means you’ll get even closer to another bunch of friendly locals: the seals. 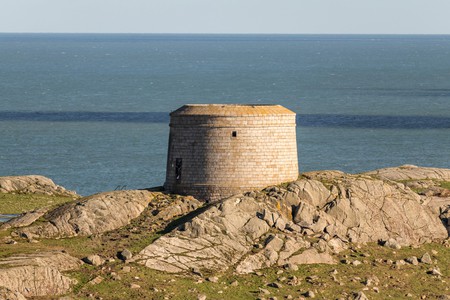 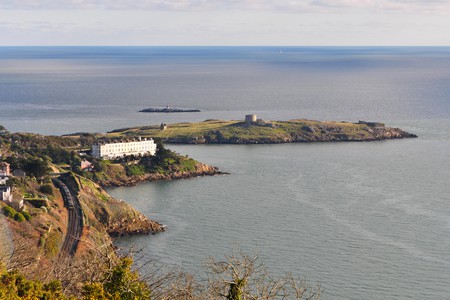 The well-heeled suburb of Terenure is a leafy enclave that’s just a short hop from the city centre, with buses running every few minutes from the village. It has a relaxed pace and a true neighbourhood feel, with a small but bustling centre that has plenty by way of eating and drinking options, as well as a handful of independent boutiques, bookshops and beauty parlours. Vaughan’s pub is something of a neighbourhood institution, and literary buffs will be interested to discover that it was the birthplace of James Joyce’s mother, Mary Jane Murray. Terenure is an affluent suburb, with wide, tree-lined streets and plenty of grand Victorian architecture; here, you’re most likely to see families enjoying a pub lunch, or stylish twentysomethings brunching at one of the many trendy cafés. The nearby Bushy Park is the perfect place to picnic on a sunny day. 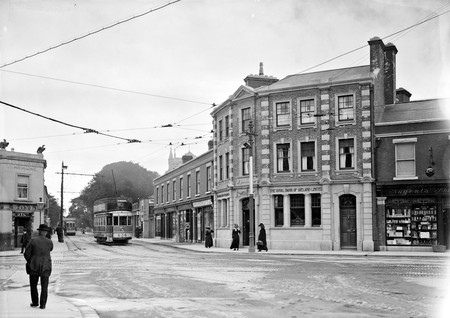 Although it’s just 10 minutes’ walk from the city centre, the genteel neighbourhood of Beggar’s Bush offers an idyllic respite. This upmarket part of Dublin is also steeped in history; the Beggar’s Bush Barracks was a significant site during Ireland’s fight for independence. The buildings are now home to the National Print Museum, a fascinating place dedicated to the art of print and typography. Press Café, tucked away behind the museum, is a little-known but excellent spot for coffee and lunch. The Grand Canal runs through Beggar’s Bush and makes for a picturesque stroll; walk its length and you’ll find yourself at the regenerated Grand Canal Docks, home to the vast Bord Gáis Energy Theatre, which hosts big-budget musicals, theatre and dance performances.

The location of this neighbourhood is perfect for those who want a central place to stay that’s still relatively quiet after dark. Beggar’s Bush has some excellent pubs, but do be warned: on match days at the nearby Aviva Stadium, you can expect to fight through the crowds at the most popular spots. 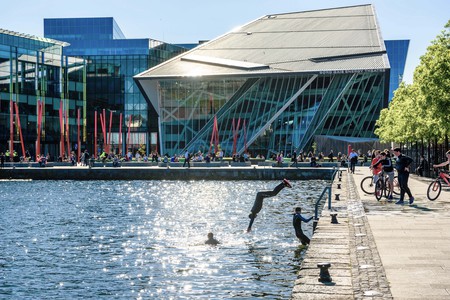