10 Techno Tracks You Need to Listen to Before Visiting Berlin 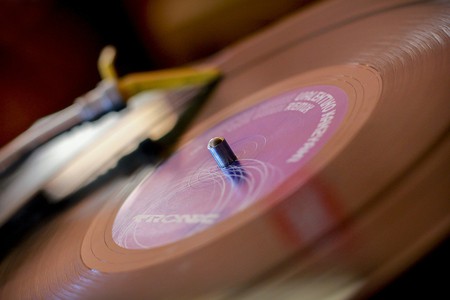 From the new waves of techno that veer off into outer space to recent releases by Berghain residents to timeless tracks by electronic wizards, we’ve put together the ultimate Berlin techno soundtrack. This is what Berlin’s illustrious, expressive and anti-authoritative nightlife was founded on.

Kollektiv Turmstrasse – ‘Sorry I Am Late’

This track is a club favourite in Berlin. The booming bass line and kick drum are accompanied by chopped vocal samples during the first few bars, easily recognisable whenever a DJ mixes them in. Percussion slowly builds as the vocal sample entertains you every step of the way until the beat drops halfway through and a dark synth melody takes the track to another level. The driving force is the combination of a simple bass line with a catchy vocal hook that will stay in your head hours after the track has come and gone.

This track’s 6/8 timing makes ‘Vamp’ stands out as the rolling bass line flirts with rock and roll over a dark and distorted electronic nature, and analog synths break through the bass like an axe through wood. As the track builds, so does the percussion, becoming more robotic with every beat. The fusion of dark rock music and electronic music is so well done that this track, which is over 10 years old, stand the test of time.

Bursting with dark matter, ‘Solar Detroit’ is gold on the dance floor. The track’s introduction, with a heavy kick drum and a continuously rolling military-style snare drum, transports into a dark and ominous room. As other percussive elements enter the void, the track slowly builds until a break of sunlight finds its way into this dark room, followed by the first hints of melody that seep through the cracks before blasting open and exposing the world of synthesis.

The latest from some of Berghain’s biggest residents, this track represents the mysteries of this notorious techno temple. With a quick tempo and a repeating synth melody that bounces from left to right, only the Berghain sound system itself can show the true craftsmanship of this track. The combination of sub-bass and kick drum are minimal and dark, and percussion slowly builds throughout, adding new paces as it progresses.

This is probably the darkest techno track on the planet. A continuously rolling, heavily distorted synth immediately violates your ears with sounds like aliens battling throughout the dark cosmos with laser guns – all slowly building to an unforgettable mammoth drop. Please mind your ears and your neighbours when listening to this track.

‘Bonnie’ from Jonas Saalbach’s latest album, Perspective, is a journey with soaring strings and pulsing bass line that keep the heart racing while easing the soul. The track blends soft chords with well-orchestrated percussive elements as a high-pitch analog synth line holds your attention. These different elements are warped throughout the track, with the beat widening the deeper it goes.

This track is dedicated to Dantze Odonien, a techno club in Cologne with a large outdoor area and rustic feel – a close relative to Berlin’s Sisyphos. It reflects the early morning raves where some of the best DJs play. Steampunk-themed percussion draws you in, and beautiful chord progression and glorious synth melody keep the energy up as you dance.

True to its name, this track is a real trip. Combining the spiritual and electronic world, Pavel Petrov guides you, slowly at first, adding layer upon layer of textural synths, with an occasional whisper of god-like vocals. Feel the beat build and build until the mammoth drop.

‘Ayam’ from Acid Pauli’s latest album BLD, is more than just a dance floor hit. It’s a deeper and more intelligent look into the way dance music can be made without the dominant four-to-the-floor kick drum. Multiple melodies and warm percussion float through the air as the groove is shaped. The track’s textures sound how animals might if they could communicate through synthesis.

This dark and groovy track shows off the talents of English producer DJ Latmun. It has a house-styled beat blended with formal dark techno and vocal samples reminiscent of the ’90s acid house era. With percussion elements constantly exploding and a synth line coming around every so often, there’s never a dull moment throughout the track – it’s pure energy.