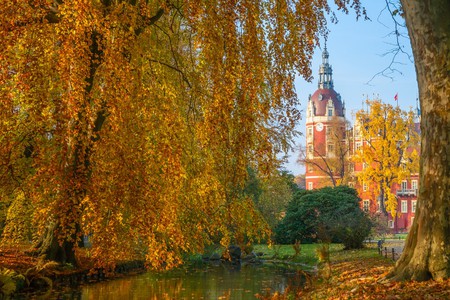 Germany’s beautiful sights and unique ecosystems wow millions of visitors each year, and some of the country’s treasures have been championed as UNESCO World Heritage Sites. If you’re planning a trip this year, we have a few cultural and natural gems to add to your bucket list. 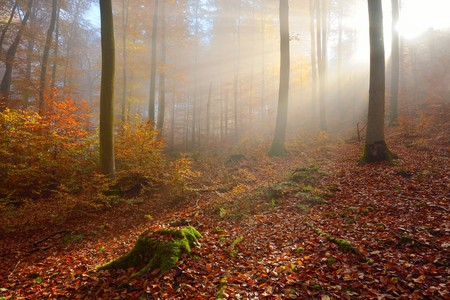 The Hainich National Park is one of a handful of untouched primeval beech forests scattered across Germany, creating a unique habitat for native animals. Between 2007 and 2011, five parks were listed as UNESCO sites. Autumn is an ideal time of the year to explore the national park along the signposted walking trails. 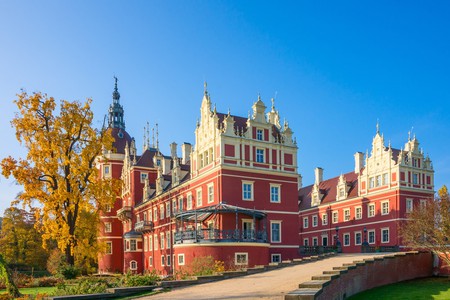 The small town in Saxony on the border of Poland gained international fame through its English-style Fürst-Pückler landscape park. The main attraction is the new castle, which was rebuilt between 1995 and 2011 after being destroyed during the Second World War. 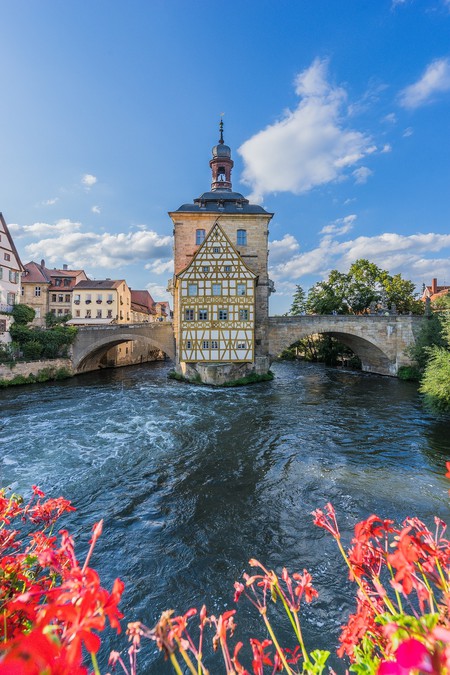 The picturesque old town of Bamberg survived both World Wars unscathed and was added to the UNESCO list in 1993. Half-timbered houses, chapels dating back to the 11th century and the imposing combination of baroque and renaissance architecture of the New Residence give you plenty to explore.

The Garden Kingdom of Dessau-Woerlitz 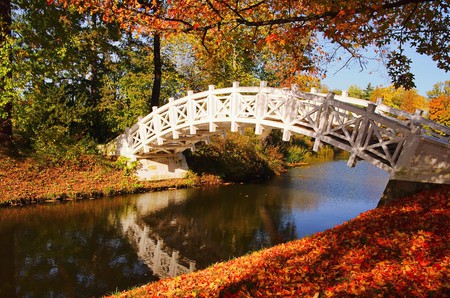 The Garden Kingdom of Dessau-Woerlitz, with its six castles and several historic parks and gardens, made it onto the UNESCO list in 2000, offering enough attractions to keep you busy for days. Some of the highlights are the Woerlitz castle and grounds, the Oranienbaum area and the Mosigkau Rococo palace. 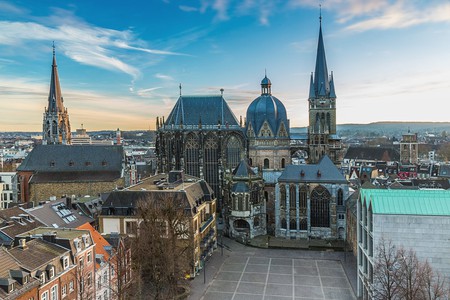 Aachen’s most prominent landmark combines architectural influences from the last 1,200 years. Charlemagne, or Charles the Great, ordered the cathedral to be built and in 795 the foundation stone was laid. His bones are kept in a golden casket in the choir hall of the cathedral – a sight to see in itself. 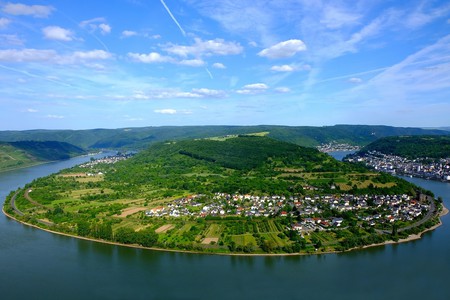 The Upper Middle Rhine Valley stretches from Koblenz to Bonn, known for its steep and slated vineyards, castles, fortresses, ruins and scenic views. Grape harvest is celebrated with festivals in autumn, making it a great time to visit for hiking trips, wine tastings and excellent food. 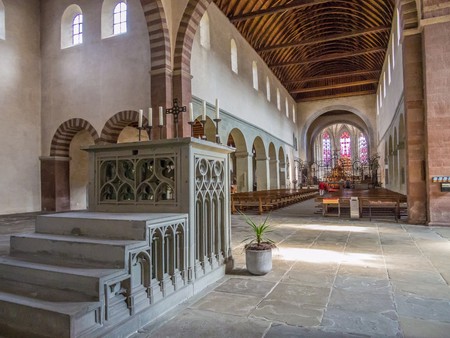 The UNESCO-listed island is the largest of Lake Constance, yet only measures 4.3 square kilometres. It’s home to the monastery of the same name, several churches and chapels from the 9th to 11th century and has stunning views over the lake. You can easily get there by public transport or car. 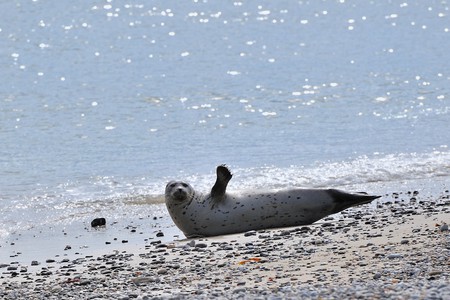 The Wadden Sea of the Netherlands, Germany and Denmark is a diverse ecosystem of mud flats, seagrass meadows, mussel beds and marshes – the world’s largest of its kind. From Cuxhaven, a couple of hours northwest of Hamburg, nature lovers can venture out to the mud flats to spot seals, sea lions and various birds. 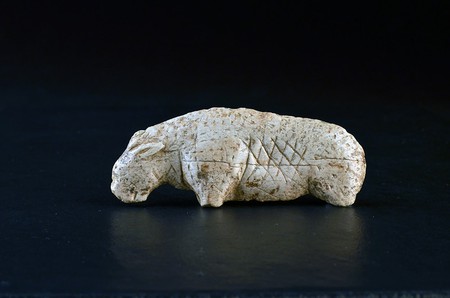 Germany’s latest addition to the UNESCO World Heritage list is six cave sites in the Swabian Alb around Ulm in Baden-Wurttemberg. These caves were used as shelter by the first humans that settled in Europe during the last ice age, approximately 43,000 years ago. Instruments and decorative figures carved from mammoth ivory that were found here are said to be the oldest figurative art made by humans and are on display in museums in Ulm, Tübingen and Blaubeuren. 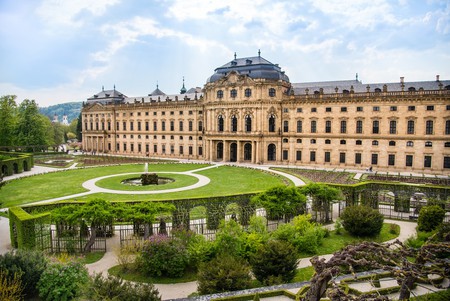 Next to the Versailles Palace near Paris and Schönbrunn in Vienna, the former Bishop’s palace is one of the most beautiful late baroque residencies in Europe. A tour of the grounds covers the chapel, courtyard and 40 opulently decorated rooms full of art treasures from the 18th century. 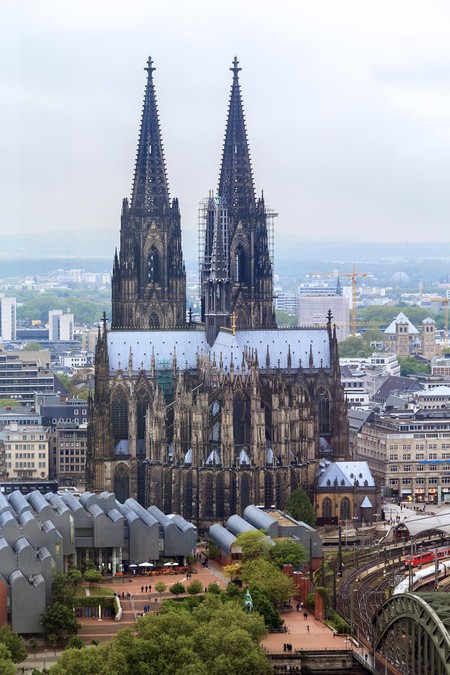 The imposing Cologne Cathedral was added to the list of UNESCO World Heritage Sites in 1996. The twin spires tower over the city at 157 metres and climbing up is a somewhat arduous endeavour. The views are worth it, but if you skip the climb up the stairs, the interior has plenty to explore, including the shrine of the Three Wise Men, a treasury and beautiful coloured windows.