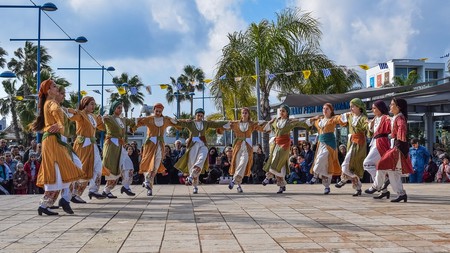 The weather has turned warm and the flowers have blossomed as Cyprus welcomes summer, which can only mean one thing – festival season. Numerous festivals take place all year round with the majority happening over the summer months. As well as big music concerts, charming village festivals stay close to tradition and act as an insight into the culture and folklore of Cyprus. Here are some that shouldn’t be missed.

Kataklysmos, meaning flood, is a popular festival in Cyprus and Greece that carries religious undertones, as it comes from the Biblical tale of Noah’s flood. In Cyprus, celebrations are held in seaside towns over a long weekend at the beginning of summer, with the streets buzzing with life. Larnaca’s festival is the largest and most popular among locals, and is a great opportunity for anyone who wants to experience Cypriot tradition up close as celebrations include local dances, folklore music and Cypriot handicrafts. Many water-based games make up a great deal of the festival, as it is customary to hold waterfights over this weekend. Youngsters can enjoy the children’s festival that’s part of Kataklysmos on Sunday, 27 June, with shadow theatre and storytelling. Kataklysmos festivals are also scheduled to take place in Ayia Napa, Limassol and Paphos.

Find the schedule of activities here.

The village of Korakou is holding its second summer festival that aims to revive and disseminate local tradition to Cypriots, foreigners and youngsters. Shedding light on Cypriot art and food, visitors will be able to get to know and participate in the creation of various forms of traditional goods, while also trying local snacks. Of the main activities not to be missed are dough kneading and the production of Cyprus’s national cheese, halloumi. A demonstration will be held showing the process and the various products made from the cheese – these can be pies, breads, pasta dishes, biscuits and more. The festival is a first-hand immersion into the island’s traditions. 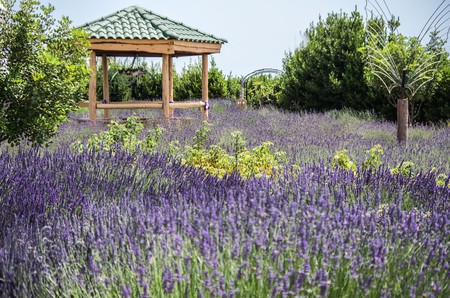 A dreamy place to get to know Cyprus‘s herbs and their qualities is CyHerbia Botanical Park & Labyrinth. In the summer, the lavender fields are in full bloom while hosting the annual lavender festival. With many activities taking place such as lavender craft workshops, the fragrant processing of lavender and extraction of lavender essential oil, it’s a festival sure to please both adults and children. Other activities include meditation walks in the lavender labyrinth, a lavender cooking demonstration and even a photo shoot in the lavender gardens for those who want to capture the moment. Along with the €5 (USD$5.80) entrance fee (€3 (USD$3.50) for children) lavender cakes, sorbet, liqueur and ice cream are offered.

The village of Avgorou is known for its potato production and is holding its seventh potato festival inviting all spud lovers to get to know the various Cypriot ways to cook the vegetable. Numerous recipes will be offered to the public to taste, such as the traditional oven-baked dish of potatoes with eggs. All of the potatoes used at the festival are locally grown and are offered by producers of Avgorou to ensure the authentic quality of the product. 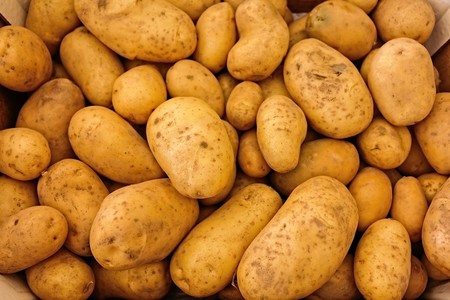 Festival-goers can also indulge in dishes such as souvla and kleftiko at a low price, to get a real taste of the island’s cuisine. Gifts are given out each year, and last year’s surprisingly included a potato soap and face mask, showcasing the different uses of this hearty vegetable. No festival is complete without music, and the Avogorou Potato Festival will be accompanied by live folklore music.

A great opportunity to explore the region of Limassol is by heading to Anogyra village and trying the sticky carob and sesame seeds sweet, pasteli during the Pasteli Festival. This Cypriot sweet is only produced in cool months between September and May because the heat doesn’t let it take its shape, hence why the festival happens in September. Witness how it is made and try other local delicacies such as koulourouthkia (traditional biscuits). Tickets last year were €13 (USD$15) for adults and €8 (USD$9.30) for children, which included a meal and pasteli that visitors enjoyed over live traditional music.

Fun fact: The village is also home to a Carob Museum – Cyprus is known for its carob, and it’s an essential ingredient of pasteli.

Glyka tou koutaliou, literally translated as ‘spoon sweets’, are traditional goods made from different kinds of fruit and vegetables drenched in sugary syrup. They are usually served with Cypriot coffee and a glass of water, and are commonly eaten after a traditional meal. The popular village of Kakopetria is currently organising their second edition, inviting people to taste the many different kinds of this sweet. 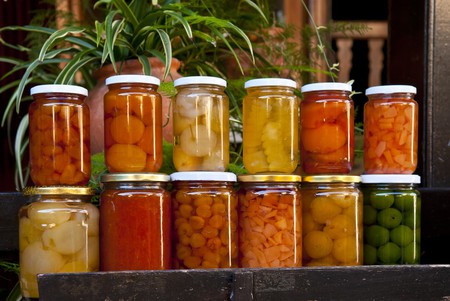 The sweets are kept glass jars and can last for many months, even years | © Yulia Avanessova / Shutterstock

Last year they offered 49 varieties and held a competition to guess the 50th. This year, 50 types of spoon sweets will be available, with the 51st waiting to be revealed. Everything is locally produced by the women of the village. More of the region’s products are found at the festival, featuring traditional goods such as wine, palouze (grape must) and cold cuts. Can’t get enough? You can purchase items to take home and enjoy whenever you like.

For more details and updates, call the organizers the Center of Promotion of Cypriot Traditional Products on +357 99 623494.

Calling all wine lovers – this is the festival for you. Taking place at Kamanterna Winery, this festival has a range of kiosks set up to showcase the region’s wines from the numerous vine-growing villages in the Paphos district. 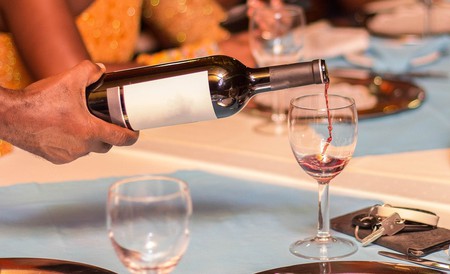 Dozens of local producers take part each year, selling traditional goods such as carob, dairy products, trahanas (a soup made from dried cracked wheat and soured goat’s milk) and pomegranate juice; all iconic of the island. The winery will be also be showcasing their products and offering lots of wine to try. And of course, staying close to the style of traditional village festivals, live music and dance will enrich the weekend with Greek song and traditional Cypriot music. Entrance is free, and if you get peckish there’s a buffet on offer.

For more details and updates, call the organizers the Center of Promotion of Cypriot Traditional Products on +357 99 623494.