8 Interesting Facts About the Armenian Alphabet 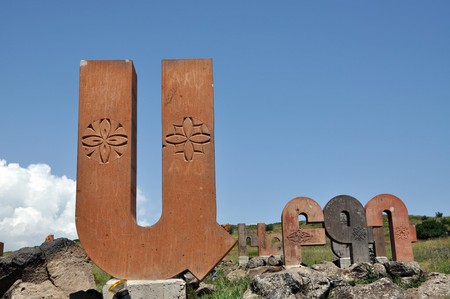 One of the prominent characteristics of the Armenian identity is its language. The precise origins of the language are a little obscure, as it’s considered one of the world’s ancient languages. However, we’ve compiled 11 interesting facts you need to know about it before you visit the country.

The Armenian alphabet was created in 405 AD

The alphabet was created by Mesrop Mashtots 100 years after Christianity had been adopted as the national religion in Armenia. However, the Bible was not available in the local language. The primary reason for creating their own written language was to translate the holy book and make it available for local people.

It is among the family of Indo-European languages

Even though the language is part of Indo-European languages, it forms its own separate division within the group. Therefore, similar to the Georgian language, it doesn’t have any close relations to any other languages, not in this particular group or any other. 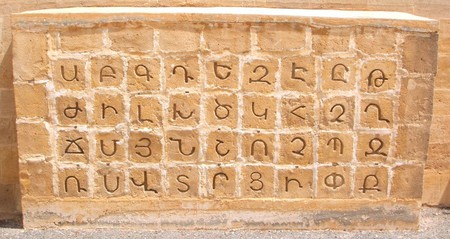 The language has a unique writing system

The alphabet consists of 36 original letters, and three more were added in the 12th centuries to accommodate foreign words. Those letters were “և; օ; ֆ”, however it should be noted that in reality two letters were added, as “և” stands for “and” in English. Therefore, there are 31 consonants and 7 vowels. Locals call their language “Hayots Grer” – before its creation, the nation used the languages of those countries which ruled Armenia in the past.

Its structure laid out the Christian religion

Mashtots was a church servant, who wanted to promote the role of Christianity with the Armenian alphabet. His religious inclinations were clearly reflected in the scrip, as the first letter “Ա” stands for God, or “Astvats” in the local language, “Ս” stands for “Holy Spirit”, and the last letter of the script “Ք” stands for “Kristos”, or “Christ” in English.

The Armenian language has different punctuation

The language has completely different punctuation marks than Western languages. The full stop, or period, in Armenian looks like a colon in English “:”, and the question mark is a curvy line placed not at the end of the sentence, but above the word in question. For example: How are you? would be Inčʿpe?s es. The semicolon in Armenian is the full stop we use in English, and it also has a special punctuation mark “՟” to identify abbreviated words. 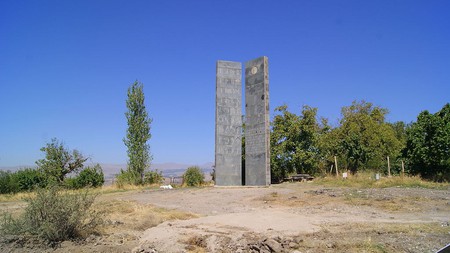 Letters used instead of numbers

The Armenian alphabet serves as a decorative piece in many homes

Locals are so proud of their script that they consider it as a cultural treasure and have it framed and hang it in the living room. They are decorated with jeweled images made of trchnakir (letters made out of drawn bird shapes) or gold and celebrate the legacy of Mashtots.

The script has its own monument not far from Yerevan

Located 40 minutes ride from Yerevan, Artashavan is home to the monument dedicated to the Armenian language. When the country celebrated its 1,600th birthday of the alphabet in 2005, Armenian architect J. Torosyan created these giant, stone carved 39 letters to commemorate the work of Mashtots. 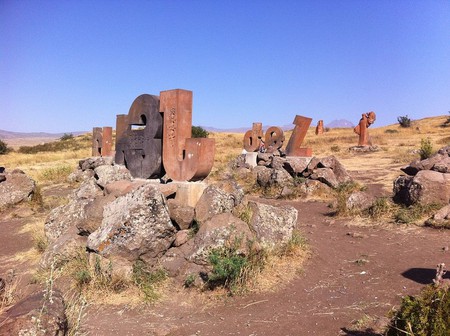