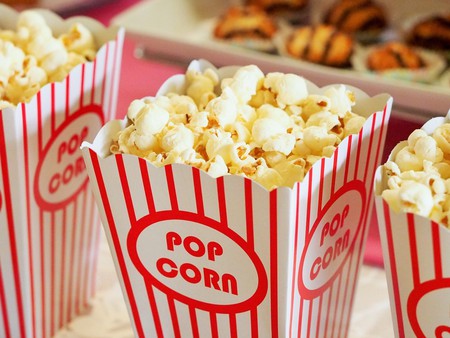 The 3,435 square miles (9,100 sq km) of the island of Puerto Rico holds such a variety of terrain: coast, beaches, mountains, savannahs, dry forest, valleys, rivers, and waterfalls. It also has a perfect mix of urban and rural, modern and prehistoric, all which has made Puerto Rico a great place to shoot films. Check out these movies and catch some great Puerto Rican scenery.

In 1839, the revolt of Mende captives aboard a Spanish owned ship causes a major controversy in the United States when the ship is captured off the coast of Long Island. The courts must decide whether the Mende are slaves or legally free. (IMDB)

Director Steven Spielberg used El Morro in Old San Juan to represent a fort in Sierra Leone where the slave trade took place. Built in the 1500s, Castillo San Felipe del Morro is a military structure that sits on the northwesternmost point of Old San Juan.

Pirates of the Caribbean: On Stranger Tides (2011)

Jack Sparrow and Barbossa embark on a quest to find the elusive fountain of youth, only to discover that Blackbeard and his daughter are after it too. (IMDB)

Pirates of the Caribbean: On Stranger Tides used a number of locations in Puerto Rico for filming. Castillo San Cristobal was used to film the ascent of a horse-drawn carriage. Some scenes were also filmed at La Cueva del Indio in Arecibo, and the final beautiful beach scene was done on Isla Palominito off the coast of Fajardo.

Dominic Toretto and his crew of street racers plan a massive heist to buy their freedom while in the sights of a powerful Brazilian drug lord and a dangerous federal agent. (IMDB)

While the storyline is set in Brasil, one of the many street scenes was filmed in the Hato Rey banking district of San Juan.

American journalist Paul Kemp takes on a freelance job in Puerto Rico for a local newspaper during the 1960s and struggles to find a balance between island culture and the expatriates who live there. (IMDB)

This quirky movie is set in 1960s Puerto Rico, and the filming gives you a good glimpse of what the island was like at that time, albeit a Hollywood-Hunter S. Thompson view. Starring Johnny Depp, Michael Rispoli and Giovanni Ribisi, this film is an interesting tromp through Puerto Rico.

A reporter in Iraq might just have the story of a lifetime when he meets Lyn Cassady, a guy who claims to be a former member of the U.S. Army’s New Earth Army, a unit that employs paranormal powers in their missions. (IMDB)

It may slip by you, but portions of this enigmatic movie based on a true story were filmed in El Yunque, the rain forest of Puerto Rico. 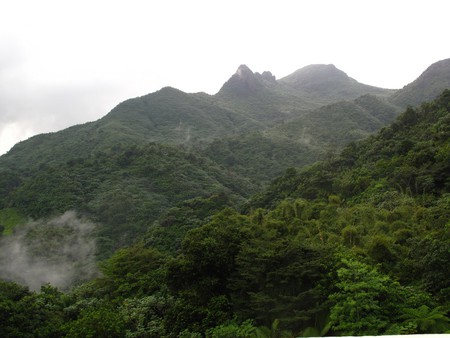 James Bond teams up with the lone survivor of a destroyed Russian research center to stop the hijacking of a nuclear space weapon by a fellow Agent formerly believed to be dead. (IMDB)

You probably remember the scene in this James Bond film starring Pierce Brosnan, but did you also know that it was filmed at the World’s Largest Radio Telescope that is located in Arecibo, PR?

Another movie that had scenes filmed at the Arecibo Observatory was Contact. Jodie Foster and Matthew McConaughey use the telescope to try to communicate with what lies in outerspace.

Lost on an island, young survivors of a plane crash eventually revert to savagery despite the few rational boys’ attempts to prevent that. (IMDB)

Based on the novel by William Golding, scenes from this movie were filmed in Aguadilla and on Vieques.

A CIA special forces team are betrayed and left for dead by their superiors, galvanizing them to mount an offensive on the CIA. (IMDB)

The Losers also has scenes filmed at the Arecibo Observatory, as well as in Pinones, Hato Rey, Rio Grande, Santurce, Canovanas, San Juan and the Caja de Muerto (Coffin Island) off the coast of Ponce.

Follow what are basically home movies of the Aguillar family as they tour the island in the mid-1950s.