The Biggest YouTubers in Thailand 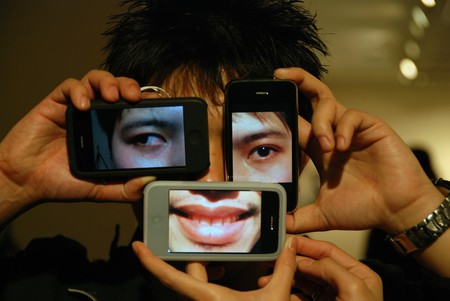 In Thailand, YouTube is the media king, and influencers are big business. With political vlogs closely monitored, much of the material is light, lifestyle infotainment – with vloggers covering everything from where to find the best night market in Chiang Mai to the latest gaming, tech, music and make-up trends. Here are Thailand’s biggest YouTubers. Tune in and be clued up.

Korean by birth, Thai by residence, Kyutae claims to have grown up eating only chicken and green-papaya salad. He has, since then, expanded his culinary tastes and vlogs about his favourite foods and drinks, as well as been taking on the latest YouTube challenges. With a new video every week and his Korean-boy-band looks, he has amassed a huge following in less than five years and also runs one of Thailand’s most popular Instagram feeds.

The first Thai YouTuber to gain more than 10 million subscribers, this fresh-faced Bangkok university student makes comic videos bursting with exclamation marks, punctuated with sound effects and powered by bouncy music. Her material is unscripted and focuses mostly on trips around Thailand with family and friends – taking part in gentle adventure activities and challenges. Her YouTube success has led to roles in Thai movies and TV shows and the launch of her own make-up brand.

Naiyarat “Pang” Thanawaigoses – aka zbing z. – is one of just a handful of female game reviewers on Asian YouTube. She’s been gaming since she was a toddler and set up her channel in 2012, reviewing tech and new releases in kooky role-playing voices. Her work has been a huge success – with sufficient money coming from advertising and online sales to support her entire extended family. She uploads videos every day and has another channel for travel videos.

Krit Boonyarang (aka Bie the Ska) began his YouTube career while studying for an engineering degree: with a satirical lip-synch video of a tune by famous Thai singer Sukrit Wisetkaew (whose nickname is Bie the Star). But it was his parody of Korean star PSY’s huge hit Gangnam Style that earned him a big surge in popularity. Following this success, he founded the Ska Film in 2013, producing 10- to 15-minute lifestyle, fashion, food and travel shows for various YouTube channels.

Not all successful Thai vloggers are adults and not all are self-starters. Looking more like mainstream TV – with high production values, professional lighting and graphics – Brianna’s Secret Club is presented by kids for kids. The show includes topics such as travel, tours, activities and education, all presented through play and affording room for plenty of product placement and ads from Toy Box – the kid-influencer marketing agency that owns and runs the channel.

Nontaporn Teerawatanasuk, more well-known as Ying Yae, is a popular Thai beauty and fashion YouTuber. She was previously a promoter before becoming a full-time blogger and vlogger. Her YouTube channel, Yae uunws, has over 700,000 subscribers. She is vivacious and energetic, with a quirky and loveable sense of humour. Unafraid of looking silly in front of the camera, and eager to let everyday women in on the secrets behind the life of a beauty promoter, she is followed by ladies who want to use her tips to effortlessly look good.

Tongtang Bombie is a Thai YouTube sensation that appeals to the Thai sense of sanook (fun); the channel is filled with hilarious parodies of popular music videos. With over two million subscribers, it’s clear that the comedic efforts have found an audience. Individual videos get masses of views, and there are a few pranks and jokes scattered among the parodies.

VRZO was originally started by three friends filming in a bedroom. They became so popular that they’ve expanded into a full office, complete with a supporting team of around 40. They have posted more than 1,400 videos, attracting more than six million subscribers in the process. People who like a laugh are tuning in en masse to have the team ask diverse questions to members of the public. People’s raw reactions are the whole point, and results are polled at the end of each video. They also have gaming fans and post a wide range of videos on varying topics.

Tiger Cry Channel is run by a group of friends who love making people laugh. Indeed, they aim to make people laugh so much that – as the name suggests – they cry. Having debuted on YouTube in August 2012, they have amassed over two million followers. Their videos include spoofs and parodies, controversial questions (dealt with in a light-hearted manner) and public polls.

Anyone who wants to improve their Thai language skills needs to spend some time in the presence of Thai with Mod. Mod’s 50,000-plus subscribers can work on their pronunciation of Thai words, pick up grammar tips, learn new vocabulary, finesse useful phrases and learn to connect Thai language and culture. Mod makes learning fun, with a focus on skills that are useful for everyday interactions in the Land of Smiles.